The Greater Cleveland Sports Commission announced on Tuesday that the 2021 NFL Draft had a $42 million economic impact on Northeast Ohio. 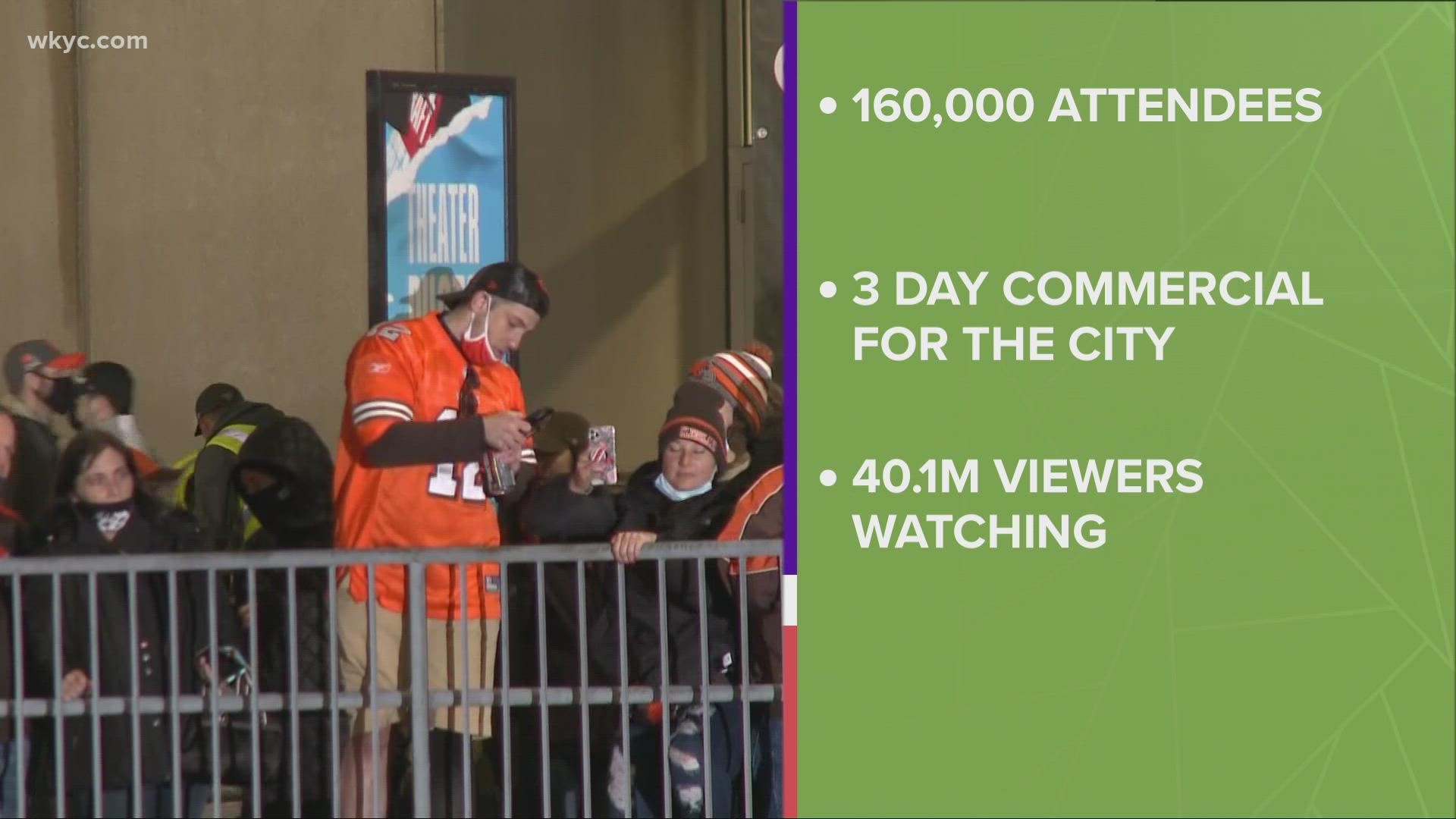 CLEVELAND — Considering the size of the crowds, there was little question as to whether hosting the 2021 NFL Draft was a successful venture for Cleveland.

Now we know just how much Northeast Ohio truly benefitted from the event.

On Tuesday, the Greater Cleveland Sports Commission announced that hosting the 2021 NFL Draft had a $42 million economic impact on Northeast Ohio. The event, which took place in downtown Cleveland from April 29-May 1, was attended by 160,000 visitors with 40.1 million television viewers watching worldwide.

“Hosting the 2021 NFL Draft was a proud moment for our determined Cleveland community especially with it being one of the first major events to allow spectators in a safe manner since the pandemic began,” David Gilbert, President and CEO of Greater Cleveland Sports Commission and Destination Cleveland, said in a statement. “Although the economic impact wasn’t comparable to previous host cities due to limited capacities, the event extended far beyond the dollars and showcased our city to the world.”

The economic impact of the 2021 NFL Draft was calculated by Destination International’s Events Impact Calculator. The standard measurement tool for such impacts took into account the Smith Travel Research report, a benchmarking tool that compares a city’s hotel performance against similar hotels, additional hotel data supplied by the NFL, as well as consumer data provided by the NFL’s One Pass App, the app that was used by attendees to enter the NFL Draft and Fan Experience.

The 2021 NFL Draft took place with limited capacity numbers due to the ongoing coronavirus pandemic.

“Not only did hosting the NFL Draft aide in changing the narrative of Cleveland, but it provided measurable impact through tree planting, community garden builds and a football field refurbishment at a local high school,” Gilbert said. “While we may not have seen the attendance numbers of other host cities due to limited capacity, we continue to look at what we did gain – in short, hosting the Draft was an incredible win compared to what our community went through a year ago.”