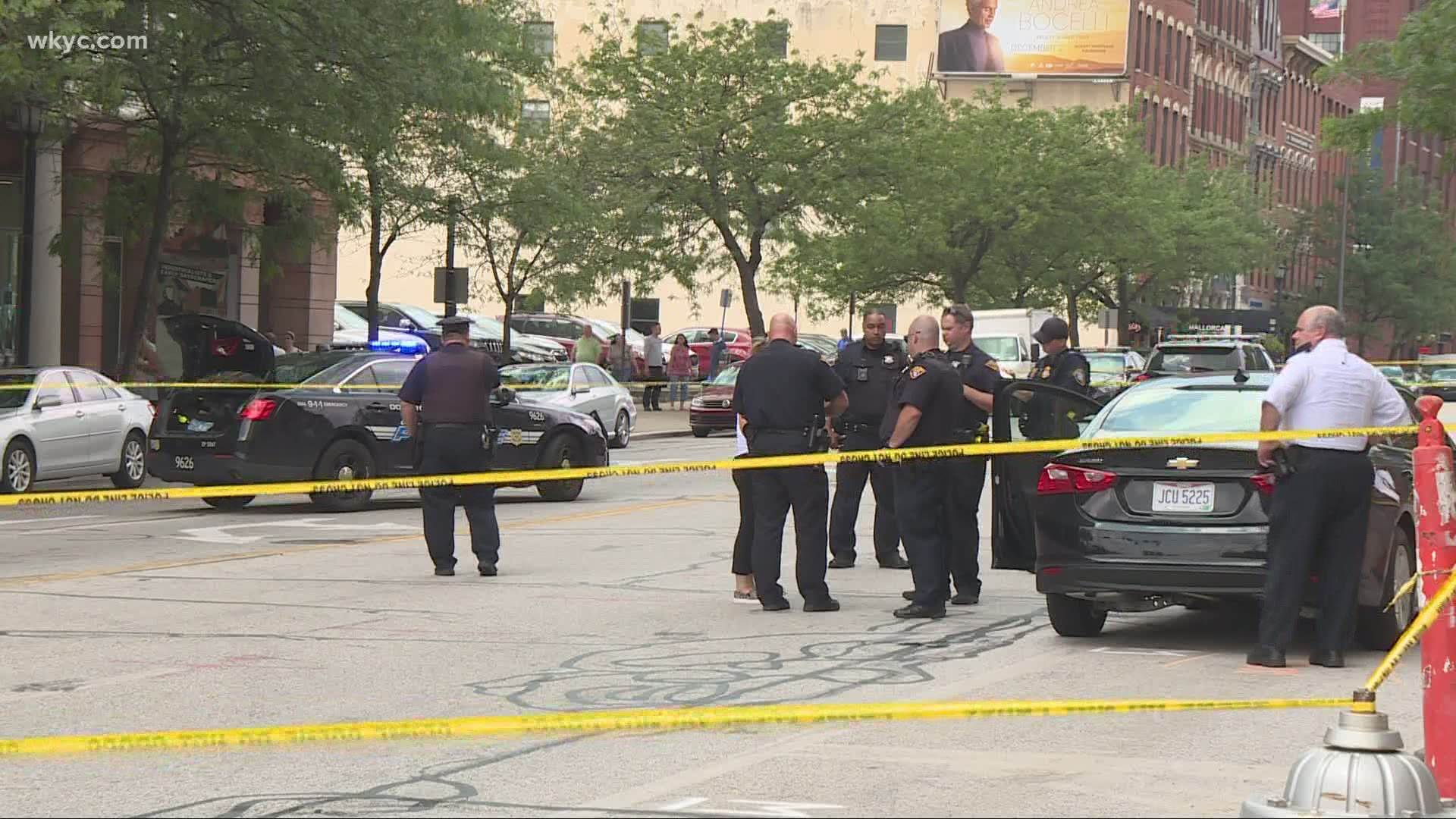 The victim was driving on West 9th Street near West Superior Avenue when he was shot in the hip while at a traffic light.  According to Cleveland EMS, the victim was transported to Metro Health Medical Center in serious condition.

According to witnesses, the victim, was has not yet been identified, was shot in the middle of the road, exited the car and then collapsed. According to Cleveland EMS, the victim was transported to Metro Health Medical Center in critical condition.

The suspect, who pulled alongside the victim and fired shots, is believed to be driving a black Nissan Sentra without plates. The driver fled the scene over the Detroit / Superior bridge.

At this time, officials do not believe this was a random incident, and that the victim was targeted in connection to other crimes.

The shooting remains under investigation. Cleveland Police Detectives are working with the Real Time Crime Center to solve the case. Anyone with information please call 911 or report anonymously via Crimestoppers at 216-25-CRIME.