In a city where nearly 50 percent of the residents are black; 67 percent of officers are white. 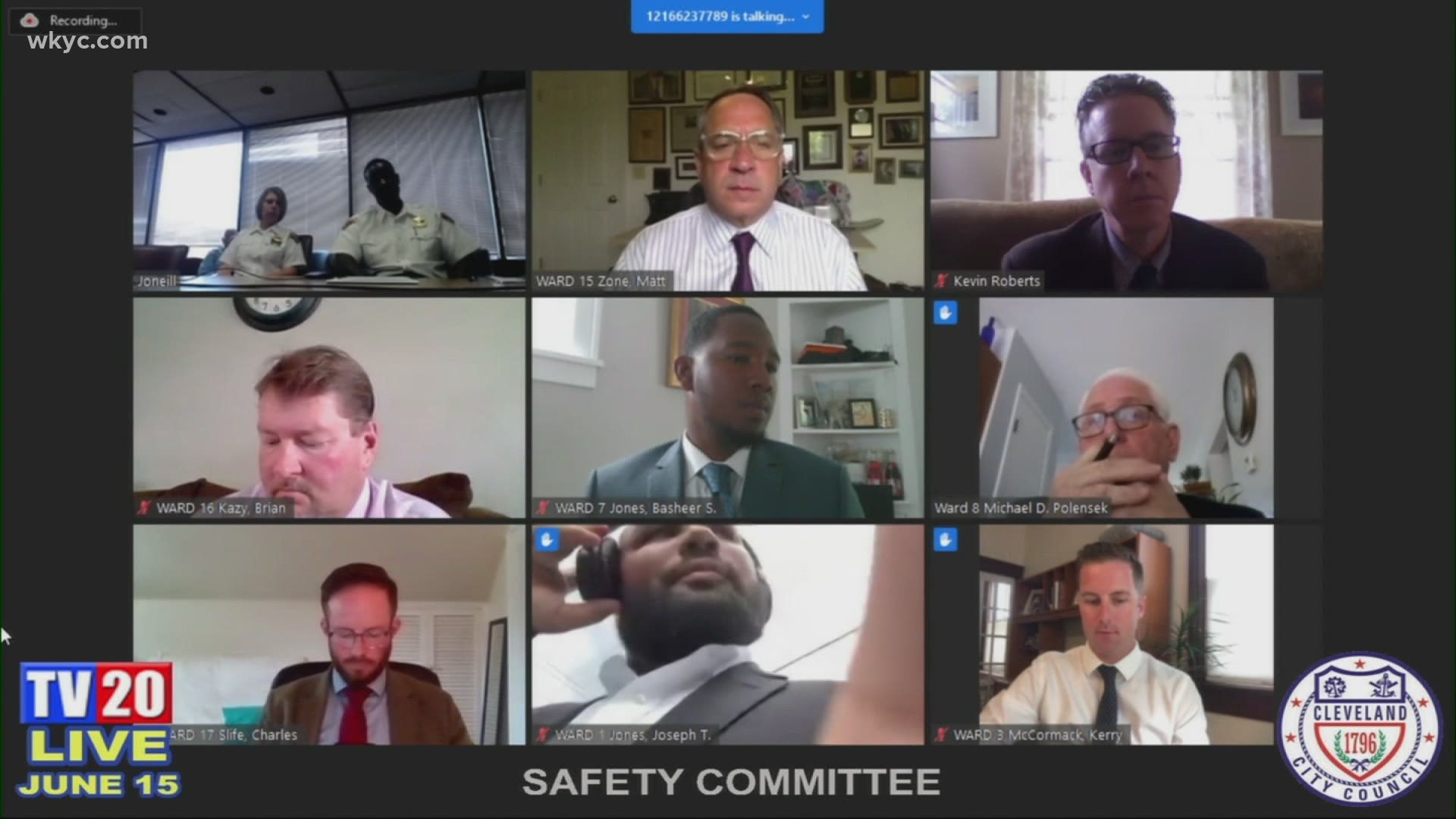 Though black residents account for nearly 50 percentage of the population in the city, according to the latest US Census figures, there are only 362 black men and women on the force, or about 23 percent.

The city provided 3News with a detailed demographic breakdown last week in response to a public records request.

On Monday, Cleveland City Council members asked Police Chief Calvin Williams during a three-hour safety committee meeting about ongoing efforts to recruit more minorities. The meeting was largely focused on the progress of the city’s 2015 deal with the U.S. Justice Department to reform the police department. It’s been five years since the city agreed to major reforms that require the city to change how it trains and recruits officers; reports use-of-force incidents; tracks officers who violate policies; and manages citizen complaints.

The deal also requires the city to engage more residents and conduct bias-free police stops. The city invited a federal review of its practices after years of complaints about the city’s use of force.

Watch the full meeting in the player below:

Williams, who is black, said his goal is to continue to make police division more reflective of the city’s demographics, but he said the city isn’t committing to any set percentage. He said recent cadet classes reflect more diversity.

With the national spotlight on use of deadly force by police, activists and politicians are calling on departments to change. Williams said Cleveland has been making significant strides toward reforming, even before agreeing to the federal deal, known as a consent decree. He cited the city’s efforts to equip officers with body cameras before the deal.

Williams also said the number of complaints against the police officers have dropped in the last five years and that the use of deadly force is down 80 percent. (You can watch the whole meeting here for specific numbers.)

Williams, however, said that much work remains.

“A lot of these things are evident but with the caveat that we have a long way to go to make the division better,” he said. “When I started this thing in June 2015, and we had the press conference with the U.S Attorney, I stated then and still state it today that my goal is to have the best police division in the country. Period. And the mayor’s goal was to ensure the things we agree to in the settlement become part of the DNA of the division.”

Councilman Basheer Jones voiced skepticism, claiming complaints have dropped because resident don’t believe their complaints are heard, and therefore, don’t follow through. (He did not cite any specific cases.)

Greg White, a former federal judge who is helping the city comply with the consent decree, said the city has made a lot of improvements.

Councilman Brian Kazy asked White if the city would meet its obligations under the consent deal as of today.

“Within the five years of the original consent decree, will Cleveland be in compliance?” he said.

Without hesitation, White responded, “No.”

But White noted that some elements of the deal are in compliance and other areas are close. He said the coronavirus has slowed the city’s efforts in some areas, such as with community policing.

A federal judge will ultimately decide if the city is compliant (a new report to the judge is expected soon.) City officials said they expect the city will be under the federal watch until 2022. The consent decree requires the city to show compliance for at least two years before oversight is ended.

Council members also pressed the chief for answers about the city’s response to the May 30 protest and riot.

Williams says police officials are still reviewing the department’s handling of both and will produce a report.

“A lot of bike officers were in Class B uniforms, that our normal uniforms of the day,” he said. “We weren’t in helmets and shields and protective gear because that is how the rally was billed from the beginning. That was our response from the beginning. We were not there to antagonize people, but we did have officers in protective gear that were not seen and ready to respond.”