We're having so much fun! 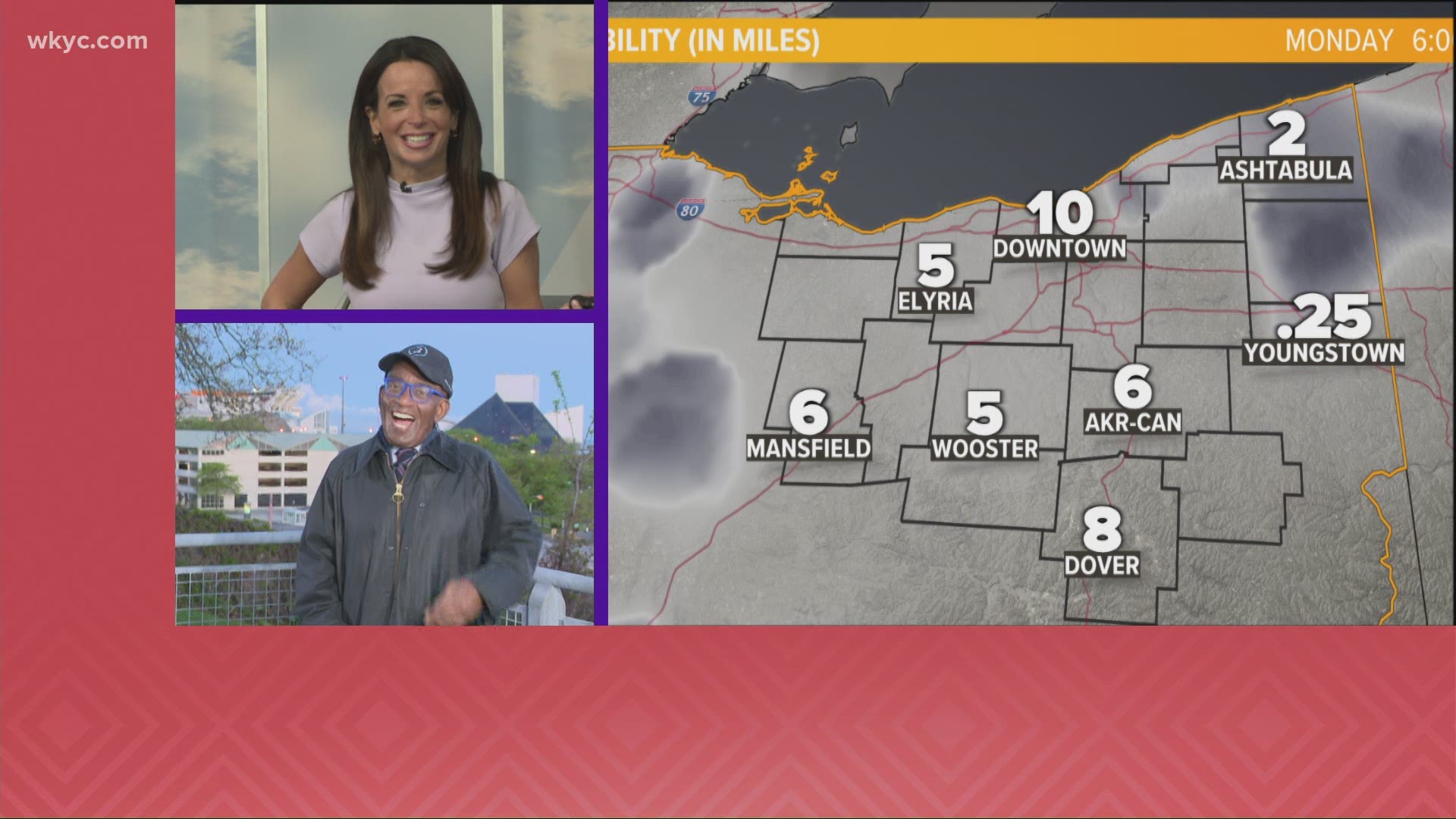 CLEVELAND — The day has finally arrived! We are so happy to welcome Al Roker back to Cleveland as he joined 3News throughout the 6 a.m. GO! broadcast Monday morning -- and it was so much fun.

Below is a list of highlights and special moments from the show as Roker joined the GO! morning team at WKYC Studios.

His return to Cleveland comes as he features the city all week in Today's "Reopening America" series on NBC. The Terminal Tower in downtown Cleveland was even illuminated in orange before sunrise -- the Today show's primary color -- to honor Roker and the NBC team back to Cleveland.

A trip down memory lane with Leon Bibb:

We surprised Roker with one of his favorite treats from Tommy's in Cleveland Heights:

Roker's Today co-host Hoda Kotb joined 3News to check in and see how things were going:

Roker took an in-depth look at Cleveland's theater scene to see what the future holds for Playhouse Square and Karamu House:

At the end of our time with him Monday morning, we learned you never really know what to expect with Roker... Watch below to see what we mean...

Then... Our own Betsy Kling appeared on the Today show to surprise Roker with this very special news:

Editor's note: Video in the player above was originally published on May 7, 2021.

RELATED: An RTA ride down memory lane with Al Roker and Leon Bibb

Roker, who worked in Cleveland at WKYC for five years early in his career, said Northeast Ohio "is literally my second home."

"A lot of folks in Ohio think I’m from Cleveland. Proud to be an adopted son of Cleveland."