Nearly 42 years after losing re-election and leaving the city in default, the 74-year-old former congressman and presidential candidate says City Hall needs him. 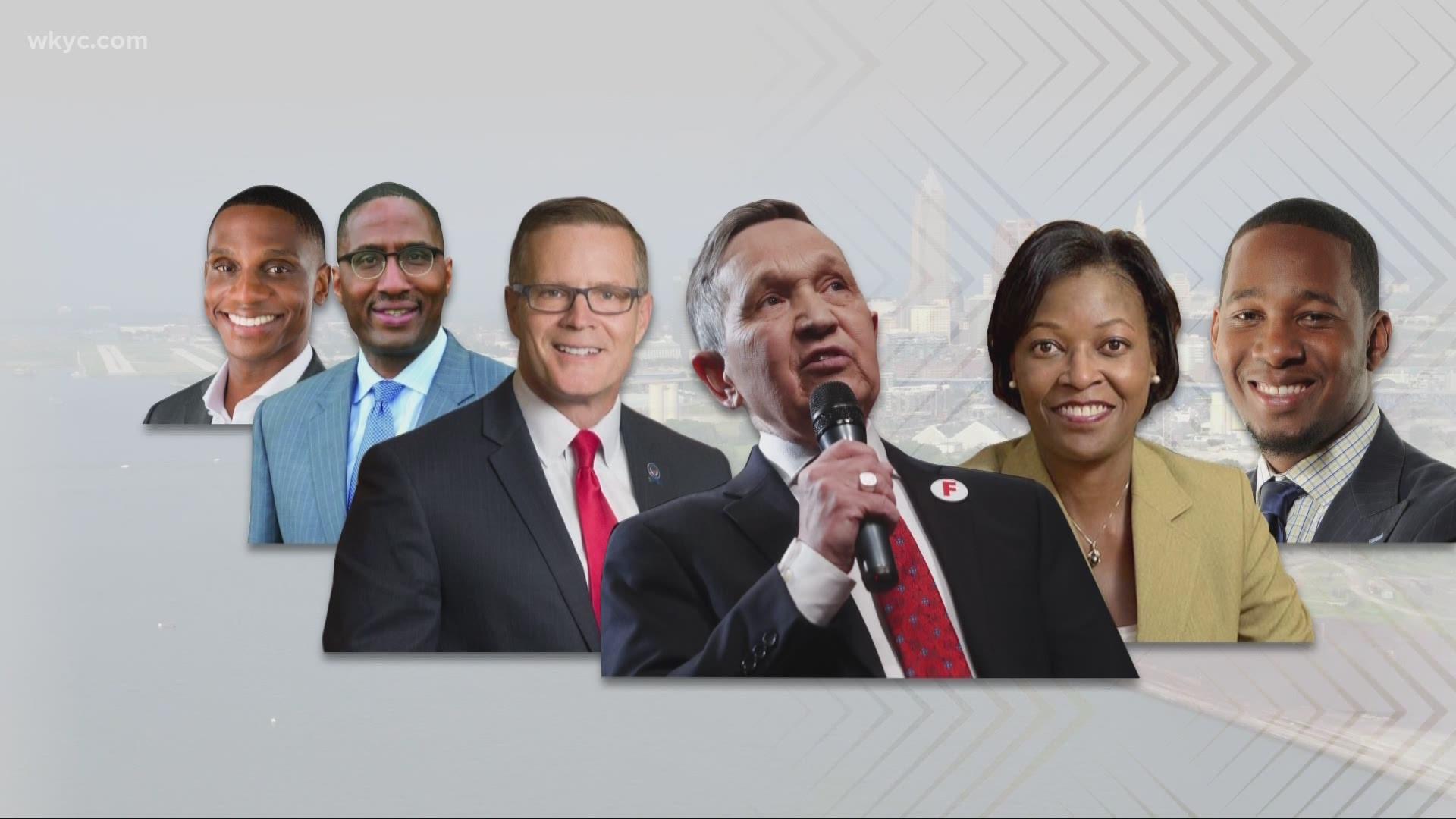 CLEVELAND — Dennis Kucinich is ready for another run at the job he last held nearly 42 years ago.

On Monday afternoon in Tremont, the 74-year-old Kucinich announced that he will run for Cleveland mayor. "I am ready from day one to take the city in a new, upbeat, can-do direction," he said during his remarks.

Kucinich mostly focused on crime in his announcement, pledging to add 400 new officers to the Cleveland Division of Police along with two new helicopters. "We must send a message loud and clear to violent felons: A strengthened Cleveland police force will pursue you. You cannot escape. You will be caught. You will face justice."

Elected mayor in 1977 at age 31, Dennis Kucinich became the youngest person to lead a major American city, earning him the nickname “Boy Mayor.”

He served a messy two-year tenure that included feuds with then-Council President George Forbes and members of his own administration. He famously fired his popular police chief during a television press conference. A recall election nearly knocked him out of office early. His public contempt for the business community left him isolated. And he faced death threats. At the Cleveland Indians home opening in 1978, he wore a bulletproof vest while throwing out the first pitch at Municipal Stadium. But it did nothing to protect him from a chorus of boos from 75,000 baseball fans.

His tenure, however, was defined by his refusal to sell the city-owned power company, Muny Light, to the Cleveland Electric Illuminating Company (CEI) to help clear city debts. He defended his decision at the time on the belief CEI undermined the public utility to gain a monopoly in the city. Banks, unwilling to extend him more credit without the sale, forced the city into default in December 1978.

Kucinich lost re-election a year later but his decision to hold on to Muny Light proved beneficial to the city and customers, who for years enjoyed lower power rates than those offered by CEI. (He details CEI’s efforts to manipulate Muny Light and his crusade to save it in his new memoir “The Division of Power and Light.”)

More than a decade later, his battle to save Muny Light powered his return to public life, first to the Ohio Senate in 1994. That campaign included the slogan “Because he was Right.” In 1996, he won a seat in the U.S. House of Representatives on a pledge to “Light up Congress.”

During his 16 years in Washington, Kucinich pushed a populist agenda but he was not a powerful member of his caucus, nor was he the go-to member from Northeast Ohio. He campaigned for president twice on progressive ideals that included single-payer healthcare, free college tuition and pulling out of the Iraq war. In 2012, he lost the Democratic primary against longtime Congresswoman Marcy Kaptur, a faceoff forced by redistricting. Kucinich ran for Ohio governor in 2018, but Richard Cordray handily beat him.

Today, Cleveland is a very different place than 1977.

Kucinich was asked about the future of Cleveland Public Power at his announcement on Monday and stated he would soon release a detailed plan for the future of the municipal-owned utility.

The city’s population has long been on the decline; job growth is stalled. Cleveland’s biggest problems are poverty and gun violence among youth, something that four-term Mayor Frank Jackson couldn’t figure out how to contain.

Kucinich is much older now – 74 -- and more contemplative than the brash councilman with the mop haircut who railed against the establishment. He’s long reflected on his tempestuous past and has acknowledged his mistakes.

His brand of populism – built around his image as a fighter for the middle-class (he often recalls his parents counting pennies on the table to pay bills) -- is infused with calls for world peace and environmental justice among other issues. Often boasting of his support for polka and kielbasa, he’s now a vegan.

Kucinich had loyal followers who wore windbreakers with “Dennis” emblazoned on the back. Though his army of supporters has surely faded during the last 40 years.

His entrance into the race – official only after he collects 3,000 signatures from Cleveland voters – will certainly steal some of the spotlight. He’s proven to know how exploit news events and populist sentiment on the campaign trail.

With no clear front runner, Kucinich’s name recognition is an advantage.

But his legacy – which includes the city’s biggest black eye and accusations that he played racial politics – could be used against him.

Kelley, who’s locked up large union support and amassed a big war chest with the help of the corporate community, will be likely be his strongest critic. The two share a base of voters on the city’s West Side. Kelley has earned a reputation as a quiet leader, something undoubtably contrast to the young Kucinich.

“This election is about the future. Our City has made great progress in digging out from the dark days of the past. We cannot afford to go back," Kelley said in a statement to 3News following the announcement by Kucinich.

Kelley is expected to formally file his petitions at the Cuyahoga County Board of Elections on Tuesday.

More than forty years after leaving Cleveland City Hall, Kucinich -- still the only former mayor without an official portrait hanging somewhere at 601 Lakeside – can change his legacy by improving the city without drama.

But to have a shot at redemption, he’s have to convince voters he’s changed.

You can watch Kucinich's official announcement in the player below: