The layoffs are to take effect on August 1. 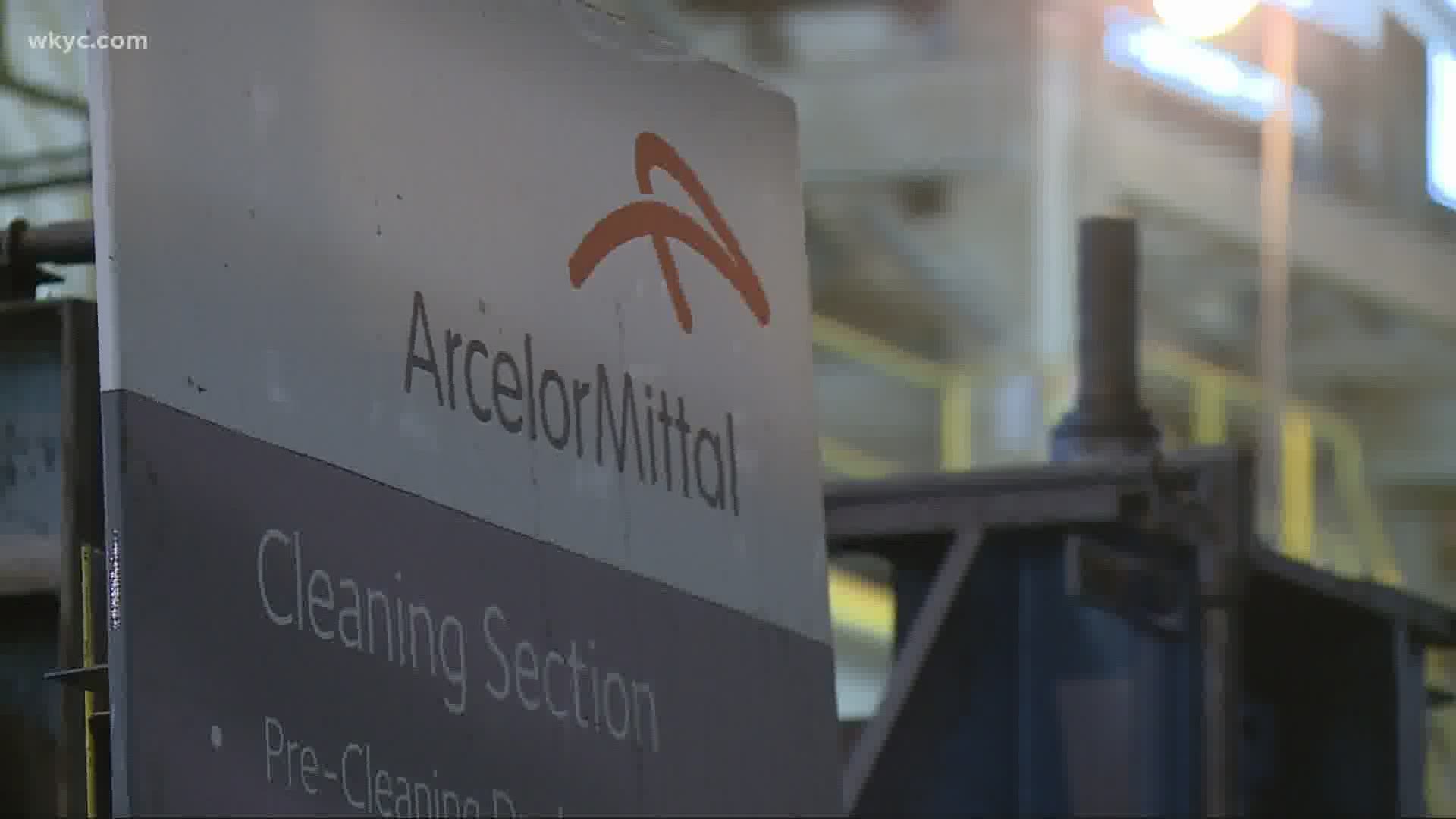 CLEVELAND — Because of the ongoing COVID-19 pandemic, ArcelorMittal has informed the state of Ohio that it would be laying off 450 workers from its plant in Cleveland starting on August 1 of this year.

The letter was sent last week.

"Due to additional and unforeseen deterioration in the market for our products since the announcement of temporary layoffs – including, but not limited to, re-evaluation of the extent to which customers will re-open within six (6) months and projected reduced demand for our output – the Company is now required to institute indefinite layoffs of represented employees and certain terminations among salaried, unrepresented employees," wrote Michael Madar, Vice President and General Manager of ArcelorMittal Cleveland in the letter to the Ohio Department of Jobs and Family Services dated July 24.

The letter and its attachment stated ArcelorMittal Cleveland planned to put 425 of its employees on indefinite layoff starting on August 1, or the 14-day period following.

"We expect that these layoffs will be indefinite, and we cannot predict their duration at this time, although we now expect that they will last longer than six (6) months," Madar wrote.

"We are taking this action because of COVID-19-related business circumstances that were not reasonably foreseeable as the pandemic and its economic impact progressed. We would like to have given you more notice of this action, but we are providing you with as much notice as possible," Madar added.

However, a local steel union representative tells 3News that the news isn't as bad as it first appeared.

According to Dan Boone, president of United Steel Workers Local 979, approximately 450 Cleveland employees were laid off in by ArcelorMittal in April. There were more than 2000 layoffs across Ohio and Indiana in all. However, no compliance warning letter was sent to the state during those hectic times.

In the months since, a bounce back in the industry has allowed ArcelorMittal to bring back many of its workers. All but 130 are expected to be back on the job by August 9th, according to Boone.

You can read ArcelorMittal Cleveland's letter to the state of Ohio below: