Arthur Keith's family has hired The Cochran Firm -Cleveland to conduct its own separate investigation into the shooting incident.

CLEVELAND — The family of Arthur Keith, the 19-year-old man shot and killed by an officer with the Cuyahoga Metropolitan Housing Authority Police Department last week, held a news conference outside CMHA police headquarters on Friday.

Keith's family has hired The Cochran Firm - Cleveland and has asked the firm to conduct an investigation into the events that led to his killing.

Stanley Jackson, an attorney with The Cochran Firm - Cleveland, indicated that the firm would conduct its own independent investigation into the role of CMHA officers in the deadly incident.

"We will be relentless and unrelenting in this case," Jackson stated. "We will find the answers."

Jackson added that the firm is seeking to obtain video from the shooting. "We know there are two cameras in the area, we've requested those cameras. We know that they (CMHA police) has access to those cameras and they haven't shared. That video will show that our client (Keith) was running away when he was shot."

"Cleveland Police continue to investigate the officer involved shooting which occurred last Friday.   CMHA PD will continue cooperating with them throughout the investigation.

We realize how difficult the last week has been, and we remain committed to cooperating with the Cleveland Division of Police while they investigate this matter."

The incident occurred last Friday on the 6200 block of Haltnorth Walk on the city's east side. The Cleveland Division of Police, which is handling the inquiry into the matter, says CMHA officers had stopped a vehicle allegedly connected to a shooting that occurred Thursday and ordered a suspect out of the car. "Preliminary information" indicates the suspect pointed a gun at one of the officers who then fired back, causing the suspect to flee before eventually collapsing.

Gonzalez says authorities administered first aid to the victim before EMS transported him to MetroHealth Medical Center, where he died from his injuries. The deceased's gun was apparently recovered from his person beforehand.

In a release from the Cochran firm, eyewitnesses reported that Keith was shot in the back as he ran from a CMHA officer after the officer attempted to question him.

"Along with the Cleveland Division of Police, we remain committed to maintaining a safe environment for all citizens and here at CMHA for all our residents from this increase of violence that we are experiencing," Gonzalez told reporters.

The matter remains under investigation, with Gonzalez pledging his department's cooperation.

"Here is what we know... a young man who was running away was considered a threat and was shot and murdered while running away. We know that he was shot by an employee of CMHA which has personnel impersonating law enforcement because to be law enforcement you must undergo state mandated training which CMHA does not and as a result people die.

We ask that this not only be thoroughly investigated and that the prosecutors who boast they could indict a ham sandwich will do what so few seem able to do….indict a cop. Also we demand that the prosecutor's office shut down any and all police agencies like CMHA, Transit Police and more that don't undergo state mandatory training which can be life saving."

You can watch Friday's news conference in the player below: 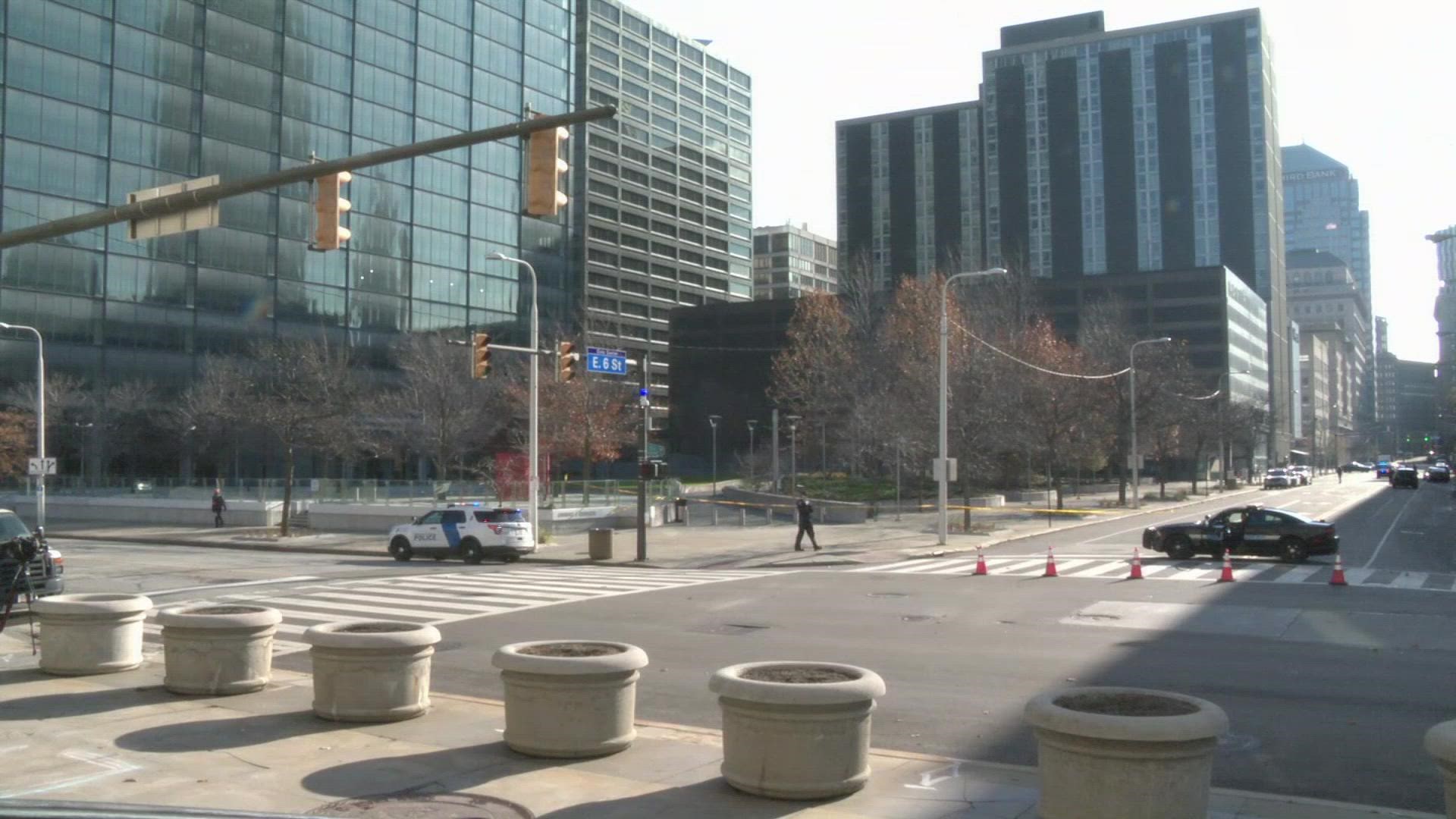