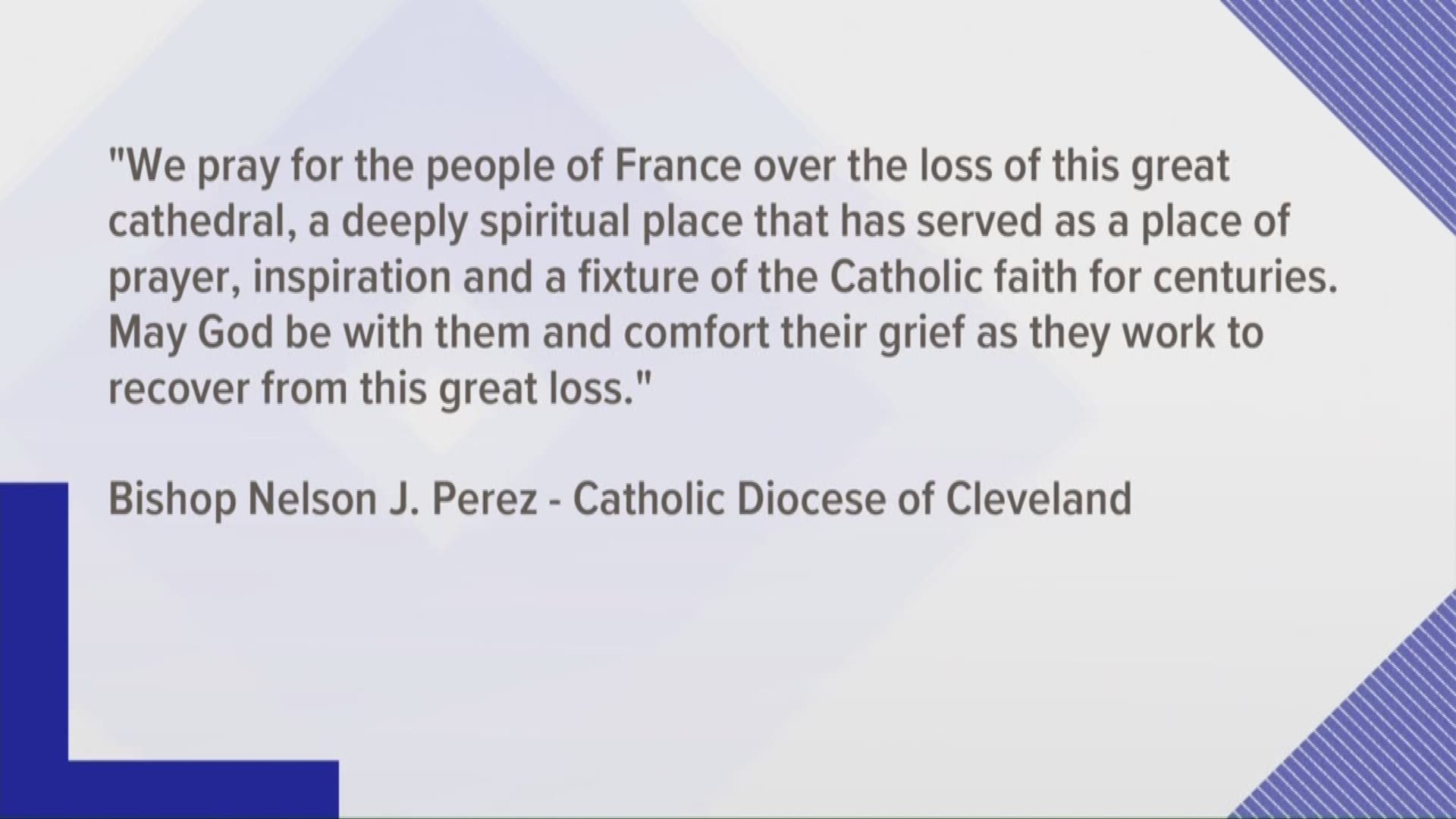 CLEVELAND — The focus of much of the world's attention on Monday was on the city of Paris as a catastrophic fire broke out at the city's iconic Notre Dame Cathedral.

Bishop Nelson Perez of the Catholic Diocese of Cleveland issued the following message of prayer and support:

Catholics around the world are heartbroken over the destruction by fire of the famed Cathedral of Notre Dame in Paris, France. The 12th century cathedral, one of the world’s leading landmarks and tourist destinations, has stood for centuries as a testament to time, history and faith. Pilgrims from around the world, including many from Northeast Ohio, have visited the iconic cathedral, a marvel known for its distinct architecture, magnificent stained-glass windows and superb acoustics.

We pray for the people of France over the loss of this great cathedral, a deeply spiritual place that has served as a place of prayer, inspiration and a fixture of the Catholic faith for centuries. May God be with them and comfort their grief as they work to recover from this great loss.

The news from Paris was getting better as the evening progressed. Officials say they think Notre Dame Cathedral's landmark rectangular towers have been saved from the fire that caused horrific damage.

Paris fire commander Jean-Claude Gallet said a major accomplishment of hundreds of firefighters was stopping the flames from spreading to the north tower belfry.

Gallet says two-thirds of Notre Dame's roofing "has been ravaged." He says one firefighter was injured.

He says fire crews will keep working overnight to cool down the structure.

The cause of the catastrophic blaze was not known, but French media quoted the Paris fire brigade as saying the fire is "potentially linked" to a 6 million-euro ($6.8 million) renovation project on the church's spire and its 250 tons of lead.

The Paris prosecutors' office says investigators are treating the blaze as an accident for now.

The prosecutors' office said they have ruled out arson in Monday's fire, including possible terror-related motives for starting the blaze.