It was a unanimous decision. 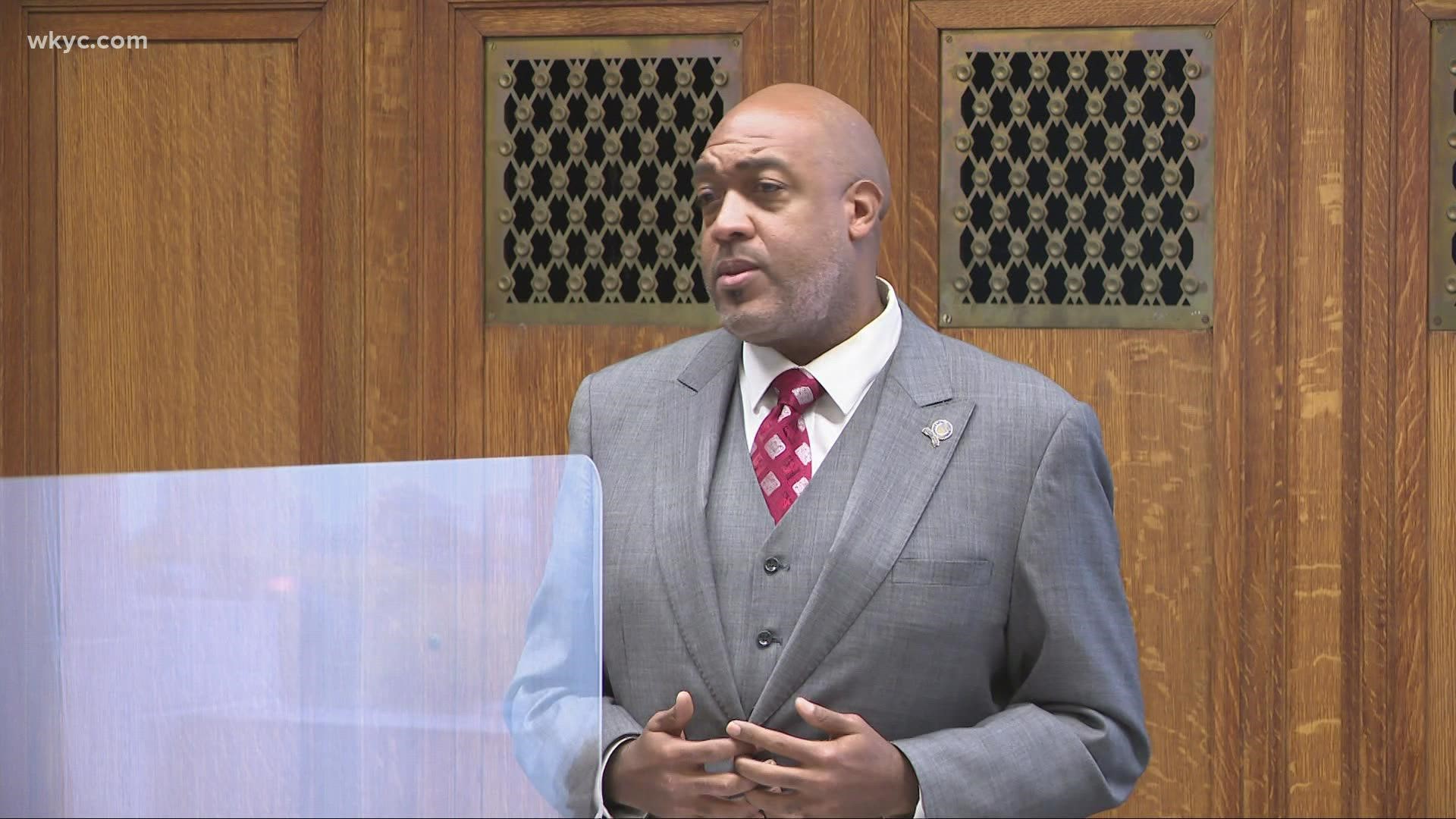 CLEVELAND — It’s official: Cleveland City Council has selected Blaine Griffin to serve as their next president.

It happened Friday morning during council’s meeting after Ward 3 Councilman Kerry McCormick nominated Griffin for the role, which was ultimately a unanimous decision.

Griffin, who represents Ward 6, was first elected to Cleveland City Council in November of 2017 after he was appointed in May of that year, according to his bio. He’s also chairman of council’s Safety Committee and vice chair of Workforce & Community Benefits.

Griffin takes the position after longtime Cleveland City Council President Kevin Kelley lost his bid against Justin Bibb to become the city's next mayor in Tuesday’s general election. Bibb won with 63 percent of the vote.

"When you have elections, you can do one of two things,” Kelley told 3News after conceding in the race late Tuesday night. “You can feel like you were somehow done wrong, or we can come together. We believe in a better Cleveland, and because of that, we are not going to hold grudges."

Watch Kelley's concession speech in the video below: