Wednesday is Bloom's final day of operation, but its co-founders hope for a future.

CLEVELAND — Could Bloom Bakery live to see another day?

After Towards Employment announced plans to shut down the bakery's two locations, Bloom co-founders Logan Fahey and Maurice Chaplais say they aren't ready to call it quits yet.

Though no deal has been negotiated, Fahey and Chaplais say they hope to reopen Bloom Bakery under new ownership, separate from Towards Employment, as soon as possible.

Wednesday was Bloom's final day of operation, with wholesale and catering set to end Friday. But Fahey Group said in a news release issued Wednesday that its founders aim to continue operations in its current shops downtown and in the Campus District. It also hopes to expand to more locations in the future.

You can read the news release issued by Fahey Group in the document below:

"We were surprised at this announcement and would have been interested in acquiring the business if we had been given the opportunity," Fahey said in Wednesday's news release. "In my years of involvement with Bloom Bakery, I have never been more committed to its social mission than I am now."

Bloom Bakery, which first launched in 2016, made headlines for helping people with criminal records find jobs.

“Bloom provided 90 people with training, paid internships and employment during its operation,” Towards Employment officials said in a statement. “Bloom also had a huge impact on raising awareness of the Towards Employment mission, making personal connections to the importance of creating opportunities for returning citizens and young people with barriers to employment.”

Fahey says Chaplais plans to return to Cleveland to retrain employees and improve the bakery's offerings. Bloom Bakery's new management team will be led by Fahey, Chaplais and Fahey Group COO Ellen Bruno, though no ownership deal has been agreed upon.

"We have a robust group of investors who are eager to ensure that the business will be back up and running as soon as possible, and we hope to work with currently Bloom Bakery staff and board," Fahey said.

We recently had Bloom Bakery here at WKYC Studios to celebrate a Cleveland Browns victory with a special brownies recipe. 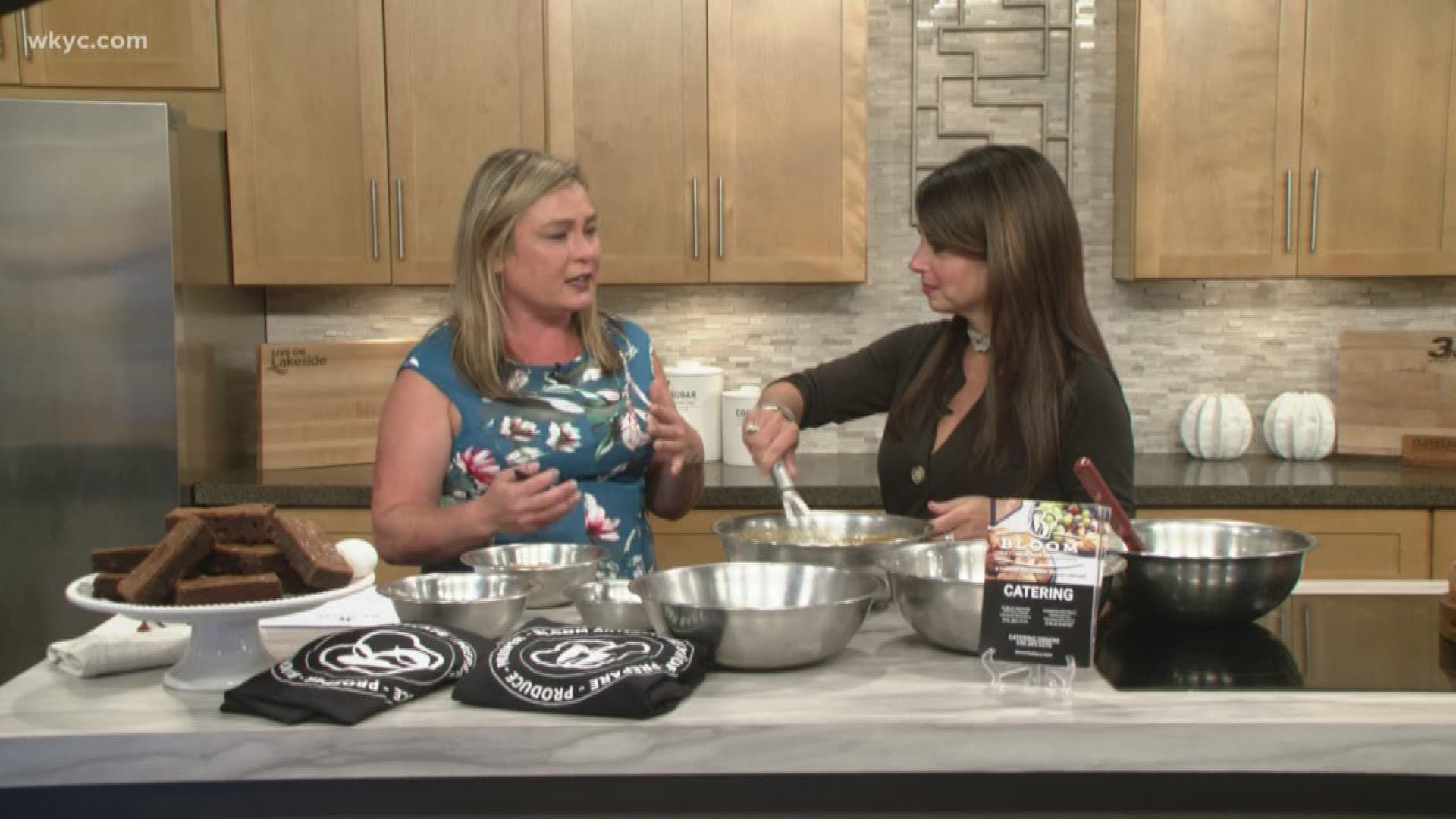 RELATED: Celebrating the Cleveland Browns with a special brownies recipe from Bloom Bakery