Body camera video shows that the victim and a witness say the hotel refused to let her call 911. And when police finally had a chance to ask Hunt about what happened, they turned their body cameras off. 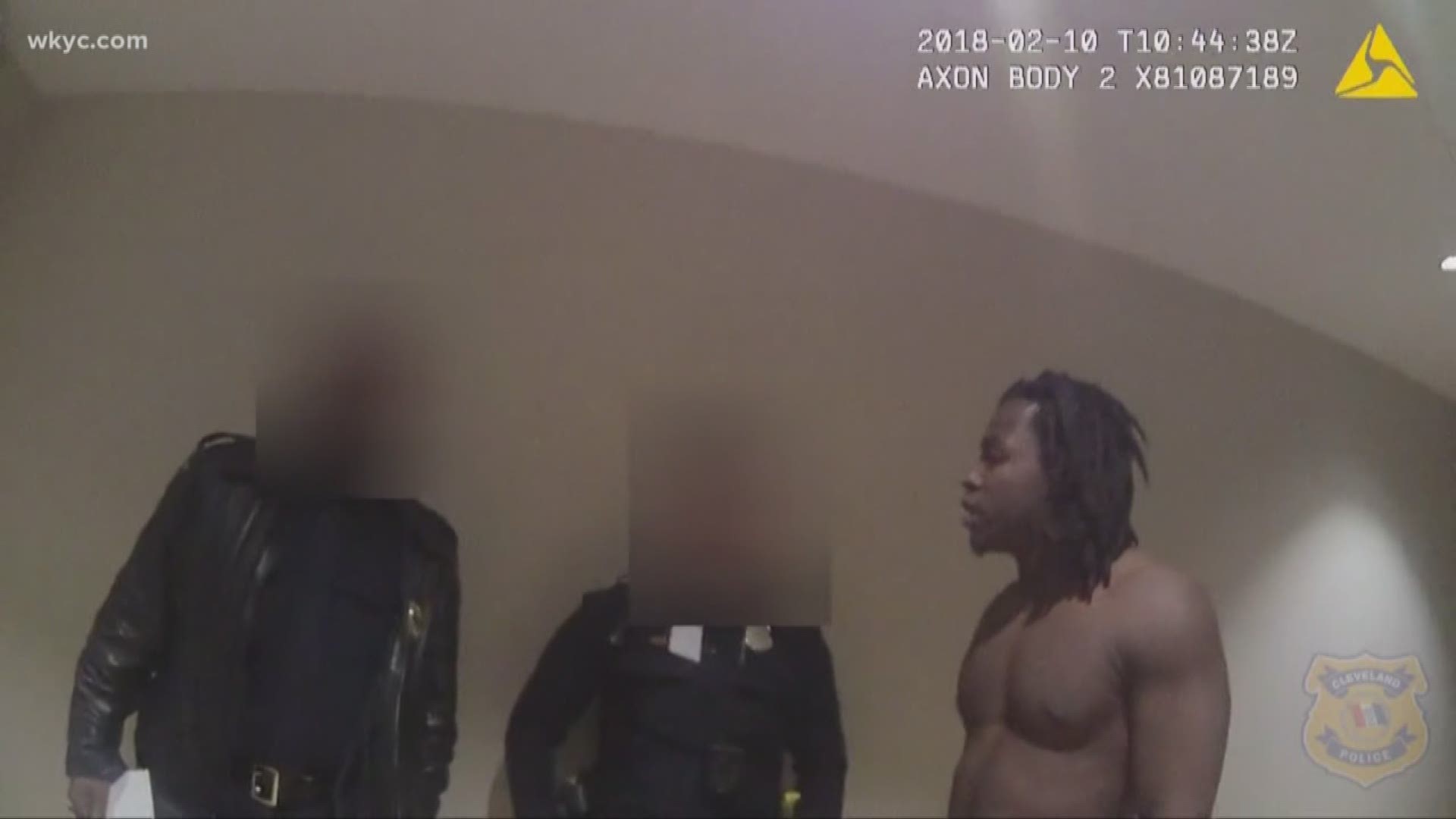 Body camera video has been released showing how Cleveland Police and The Metropolitan at the 9 hotel handled allegations that former Chiefs running back Kareem Hunt assaulted a woman back in February.

There is nearly 90 minutes of footage from one officer. In it, we can see that a witness was detained and later cited by police after allowing a woman to call police from his cell. Both he and the victim say hotel staff wouldn't allow her to call 911 after she was assaulted by Hunt on the 23rd floor of The 9.

"A woman was beat up. I called the police and I ended up arrested because the hotel refused. Yeah… you guys have been great," he says on camera.

In the video, hotel security asked police to get the witness to delete video footage from his phone, which he refused.

"This gentleman filmed inside of our property. Is there any way we can have him delete footage before you guys leave? Because he did not have permission," the security officer tells police.

"Arrest me. A crime has been committed and I'm trying to do the right thing," the witness shouts back.

Throughout the video, police seemed reluctant to confront Hunt, despite the victim mentioning him by name.

"Kareem is his name. I just met him today – the person who assaulted me. I mean I have… he shoved me, he pushed me. You can watch the video tapes which I would like to see if that's possible," the victim told officers, adding that staff at The 9 refused to let her call 911 even after she told them her phone was taken from her.

"The person at the front desk of the hotel. I asked him 3 separate times and he said, 'that's what you get for being a slut'," she continued.

After an hour and 24 minutes, police finally went upstairs to talk to Hunt, but in a potential violation of police policy, the body cams went dark after officers told Hunt they were recording.

"Would you like the cameras on or off? It's up to you," police ask Hunt. He responds, "It don't matter. I'm just trying to go to bed soon."

Cleveland Division of Police policy says officers are supposed to record encounters with victims, witnesses, and suspects. But there are exceptions to recording, as stated by CDP policy, which include:

"Entering a private home or building where consent of the owner or person with authority to consent to the entrance is required and that person expressly declines to permit video and /or audio recording inside the home or building. This will not apply to an entrance where consent is not required or no longer required once inside the home/building, including entrances related to a search warrant, arrest warrant, domestic violence calls, and emergency or exigent circumstances..."

The policy falls in line with guidelines established by the American Civil Liberties Union for police body camera usage. The ACLU says:

"Prior to entering a private residence without a warrant or in non-exigent circumstances, a law enforcement officer shall ask the occupant if the occupant wants the officer to discontinue use of the officer's body camera."