Pink power is in full force! 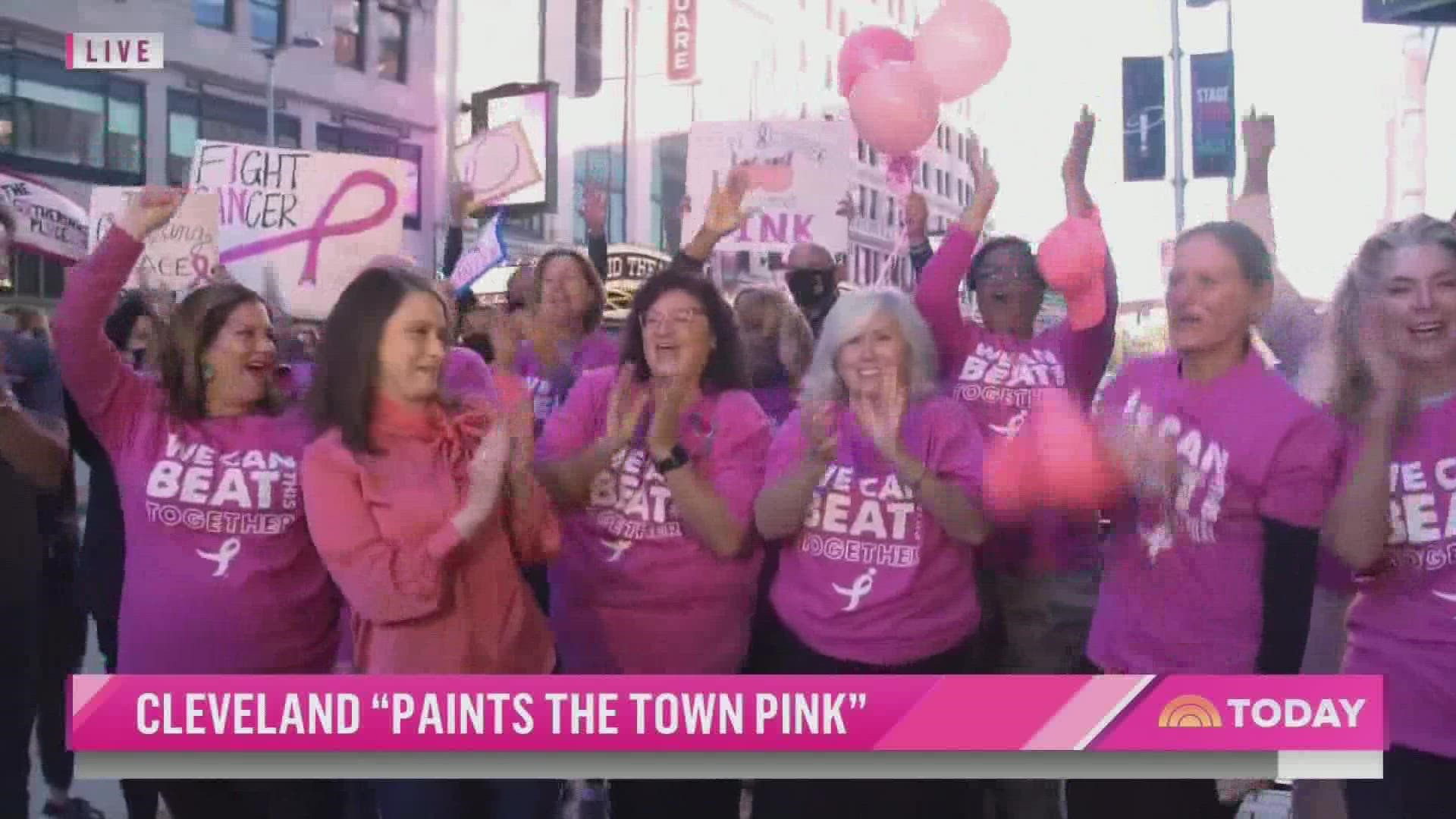 CLEVELAND — It’s time to paint the town pink as we team up with NBC’s TODAY to kick off Breast Cancer Awareness Month.

It comes as the TODAY team illuminates various cities in pink – including Cleveland – while also highlighting heroes who are helping others in the fight against breast cancer.

“One of those heroes is Amanda Maggiotto, who works right at the Cleveland Clinic and helps others navigate their cancer care while fighting her own battle,” according to TODAY. “At just 35 years old, Maggiotto, is living with metastatic breast cancer.”

TODAY is in Cleveland to help cheer her on at Playhouse Square as she joins the effort to help paint Cleveland pink.

“We have a real special morning planned to kick off Breast Cancer Awareness Month," TODAY's Hoda Kotb told 3News. "Pink power, it’s going to be on display right here on our plaza. We’re painting our town pink, and you guys are doing the same in Cleveland. It’s super cool. We’re going to highlight people personally touched by breast cancer who turned the pain into purpose.”

3News' Austin Love got things started early Friday at Progressive Field as the ballpark's scoreboard was lit up in pink around 6:15 a.m. You can watch the moment in the player below:

October is all about spreading awareness and facts as the American Cancer Society says one in eight women will develop breast cancer.

Editor's note: Video in the player above was originally published in an unrelated article on May 10, 2021.