The suit was filed on behalf of a Pennsylvania woman who hasn't working in Cleveland for more than a year. 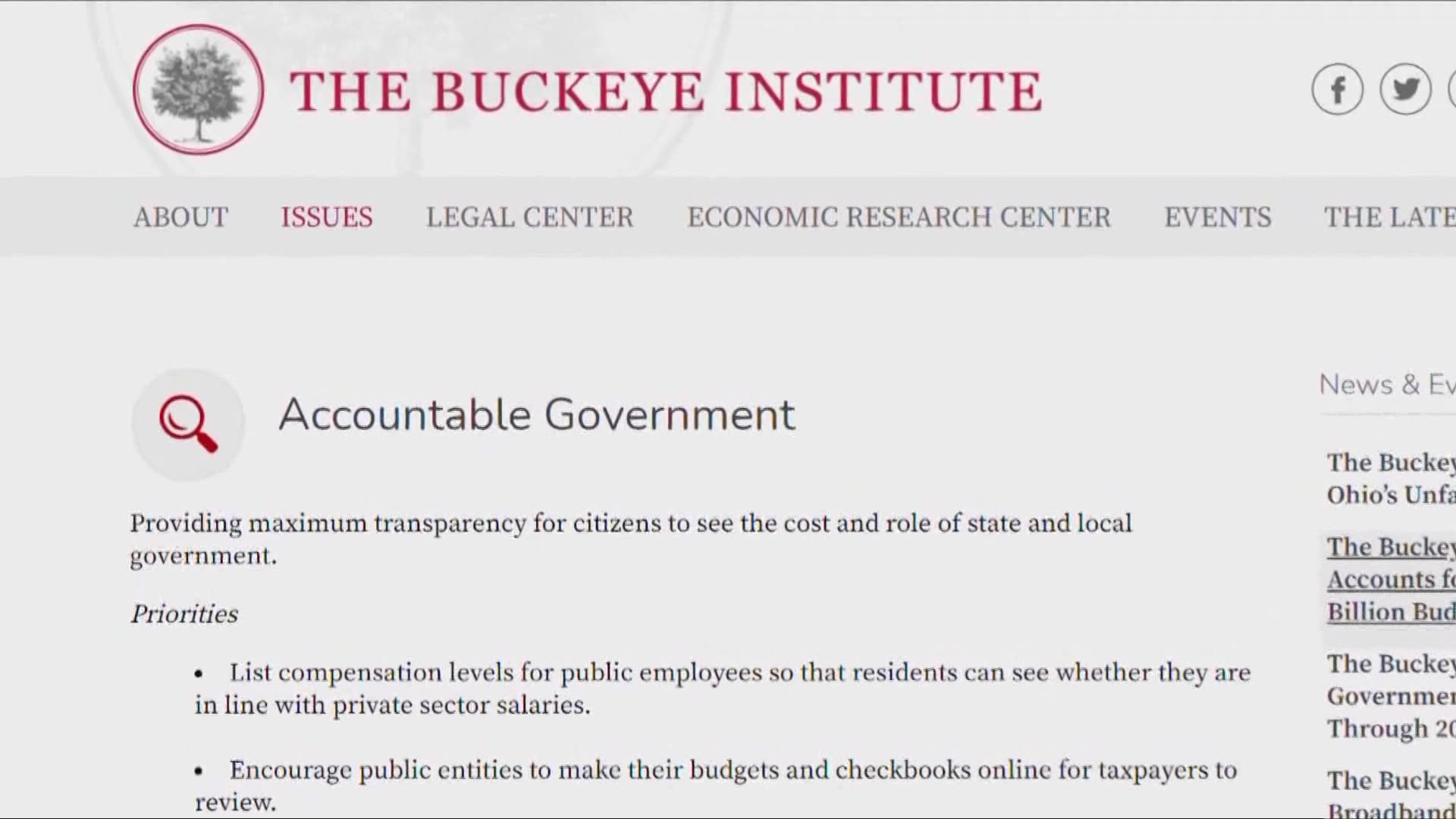 CLEVELAND — The city of Cleveland is facing a lawsuit over how it collects income taxes from commuters who are working remotely during the pandemic.

The Buckeye Institute filed the lawsuit on Thursday, saying cities can't tax somebody who doesn't live or work there.

The lawsuit was filed on behalf of Manal Morsy, a Pennsylvania resident, who is asking the court to declare unconstitutional an Ohio law that allows Cleveland to tax her income, even though she does not live in the city—or even the State of Ohio—and has not worked in Cleveland for more than a year.

“Dr. Morsy has not set foot in the State of Ohio since March 2020, but she is forced to pay income tax to the city of Cleveland—a city more than 400 miles from her home—as well as to her hometown of Blue Bell, Pennsylvania,” said Jay Carson, senior litigator at The Buckeye Institute’s Legal Center and an attorney for Dr. Morsy. “This continuing violation of the United States and Ohio constitutions offends the basic principles of fairness and equity and The Buckeye Institute urges the courts to bring an end to this modern day form of taxation without representation.”

As 3News' Mark Naymik reported last month, the Buckeye Institute has already filed lawsuits on behalf of employees in Columbus, Cincinnati, and Toledo.

The cases are focused on emergency coronavirus legislation approved last spring by lawmakers that allowed cities to keep collecting income taxes from workers sheltering at home.

People living in a township and working in Cleveland, for instance, could save as much as 2.5 percent of their gross income if the lawsuits succeed, though most people in suburbs will see a smaller savings, depending on their local taxing formulas and credits.

But cities could still lose a lot of tax revenue. The majority of Cleveland’s income tax revenue comes from people who don’t live in the city. And the bulk of its operating budget comes from income taxes.