The City of Cleveland and the family of Tamir Rice have reached a $6 million settlement agreement, according to court documents released Monday morning. 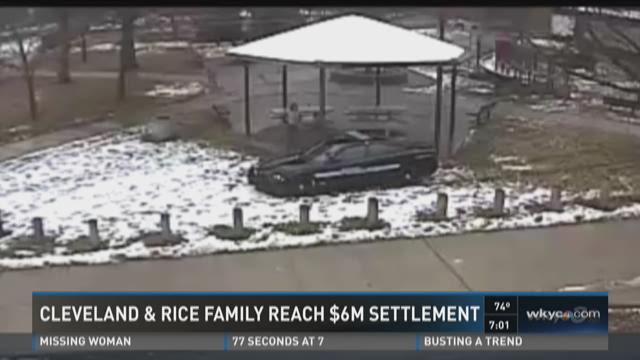 The City of Cleveland and the family of Tamir Rice have reached a $6 million settlement agreement, according to court documents released Monday morning.

The estate of Tamir Rice will receive $5.5 million.

The other two plaintiffs listed on the case, the boy's mother Samaria Rice and sister Tajai Rice, will each receive $250,000.

There is no admission of wrongdoing.

He was seen with a gun that was later discovered to be an airsoft replica.

The agreement still needs to be officially approved by the probate court. 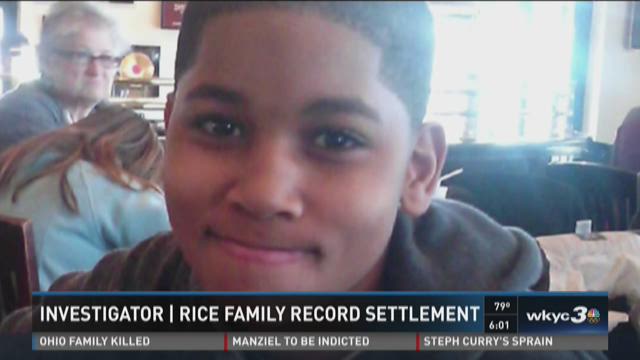 The settlement with the Rice family is believed to be the largest ever in the city of Cleveland for a wrongful death lawsuit involving police.

Cleveland settled its lawsuits with the families of Malissa Williams and Timothy Russell for $1.5 million each.

The couple was shot in 2012 following a chase with Cleveland police.

Officer Michael Brelo was acquitted of manslaughter charges following a criminal trial in 2015.

The City of Cleveland has agreed to payment of $6 million to settle the federal civil-rights lawsuit involving the tragic death of Tamir Rice.

Although historic in financial terms, no amount of money can adequately compensate for the loss of a life. Tamir was 12 years old when police shot and killed him—a young boy with his entire life ahead of him, full of potential and promise.

In a situation such as this, there is no such thing as closure or justice. Nothing will bring Tamir back. His unnecessary and premature death leave a gaping hole for those who knew and loved him that can never be filled.

Regrettably, Tamir’s death is not an isolated event.

The problem of police violence, especially in communities of color, is a crisis plaguing our nation.

It is the Rice family's sincere hope that Tamir’s death will stimulate a movement for genuine change in our society and our nation’s policing so that no family ever has to suffer a tragedy such as this again.

Take a look at the entire contents of the settlement below (MOBILE USERS: click here to view).