The Cleveland Division of Fire responded to more than 20 structure, vehicle, and other fires. 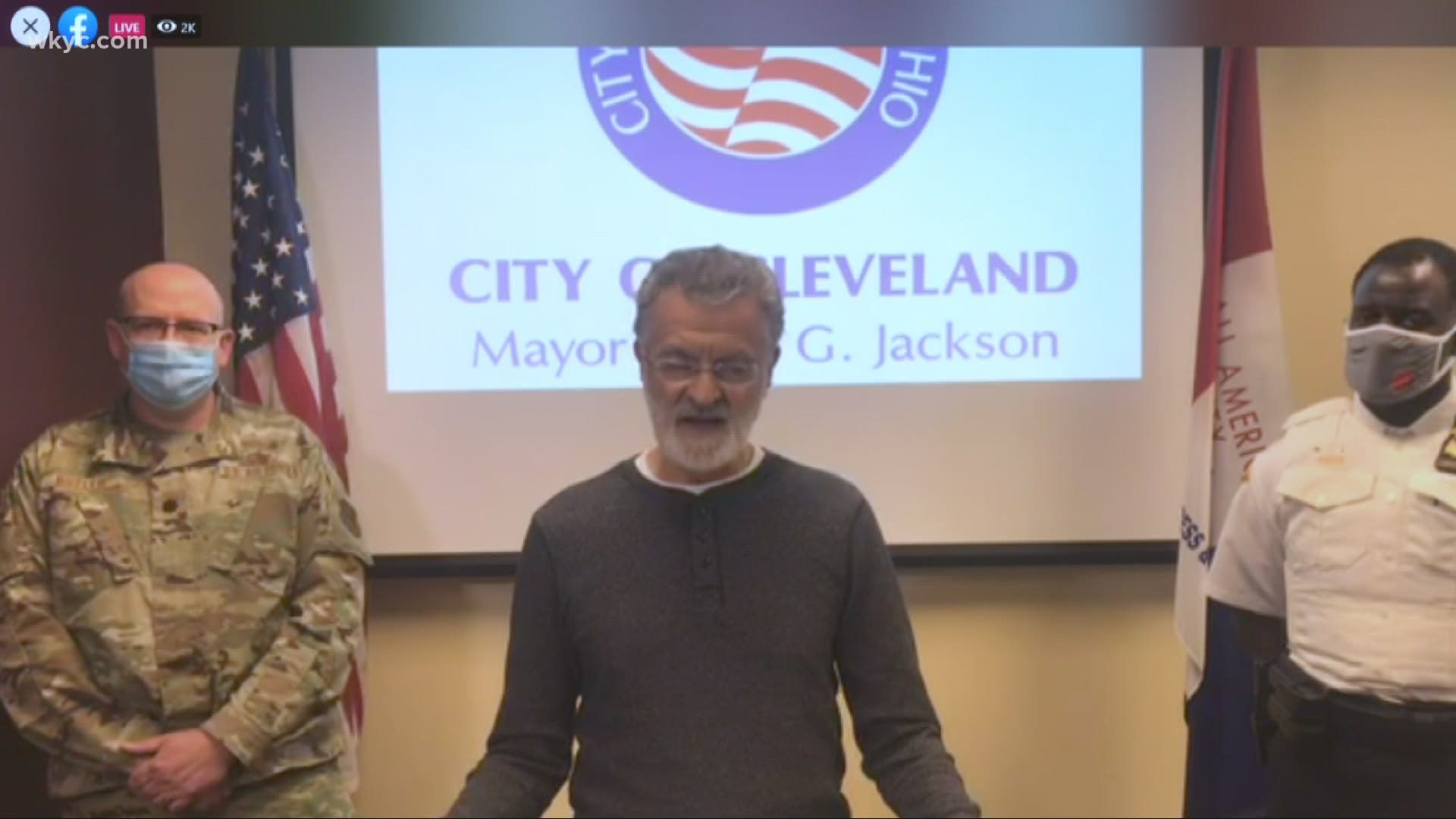 CLEVELAND — Shortly after extending the city's curfew until Tuesday evening, Cleveland Mayor Frank Jackson and Police Chief Calvin Williams held a press conference on Sunday night with the latest on the city's response to Saturday's protests during the George Floyd rally.

The curfew is now in effect through 8 p.m. on Tuesday, June 2. The affected areas includes downtown and has been expanded to include the Market District of Ohio City.

The city warns that anyone downtown during the restricted hours is ordered to exit immediately. Those in violation of the order are subject to arrest.

According to a release issued by the city on Sunday, Cleveland Police arrested 65 adults and one juvenile during the course of the protests. Charges include aggravated rioting, vandalism, disorderly conduct and curfew violations.

20 people were hospitalized during Saturday's protest. Multiple first responders were injured, though none have reported to be serious.

More arrests are expected. Investigators ask that anyone with information regarding the criminal activity that occurred during the downtown protests contact law enforcement.  Anonymous information can be provided anonymously by calling Crimestoppers at 216-25-CRIME.