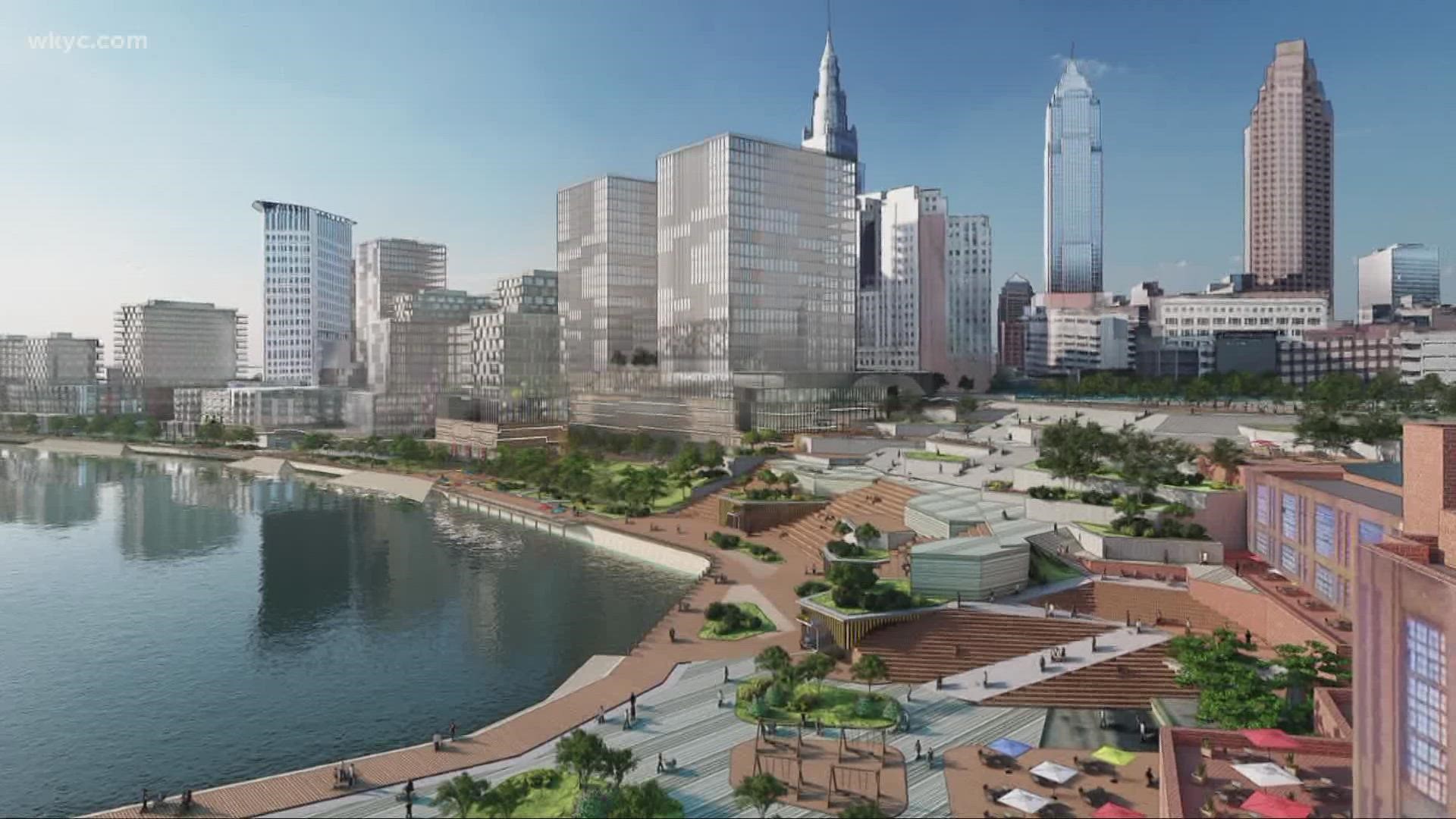 CLEVELAND — Although Cleveland's population has declined overall since 2000, the number of people living downtown has doubled during that time. On Wednesday, the city unveiled its vision to hopefully bring more people to the area.

City officials and real estate firm Bedrock announced a partnership with the goal of revamping the Cuyahoga riverfront near Tower City Center. The goal of the "Vision for the Valley" is to connect downtown residents and visitors to the riverfront with an approach focused on sustainability, equity, and accessibility.

Cleveland Cavaliers owner Dan Gilbert is the owner of Bedrock.

"The City, with community partners, has created a compelling vision for the future of the downtown. As one of the largest property owners in downtown Cleveland we believe that a strategic partnership with the City at this time will inject the needed public and private funds to implement the first phase of the Vision for the Valley and unlock the tremendous potential of the Riverfront. The initial efforts will focus on replacing aging infrastructure with sustainable and resilient systems, providing for a more walkable, bikeable, and transit-friendly downtown. These public improvements will set the stage for a dramatic new riverfront community with thousands of homes, businesses, entertainment, and community facilities and services," said Bedrock CEO Kofi Bonner.

Renderings released by the company show enhanced pathways to the riverfront and transit-oriented development that follows the guidelines of the city's vision. There would be new residential buildings, retail and entertainment spaces, and a completely reimagined Canal Road as part of reutilizing roughly 130 acres of land.

The city wants to grow its population by 30,000 by 2030, and believes this project will play a large role in accomplishing that goal.

"This proposed development project is yet another example of a public/private/philanthropic partnership that is working to enhance the City of Cleveland and its future. We are working in a partnership to help bring to reality the Vision for the Valley, but also to create the kind of population and economic groundwork needed to help move our city forward," added Cleveland Mayor Frank Jackson.

Currently, downtown Cleveland is the largest central business district in Ohio and generates more than 25% of the city's property tax as revenue. In recent years, 9,400 jobs have come to the area.

Leaders say additional private investments and opportunities for downtown property owners and developers will be available due to the public investments. They also believe the plan will boost the economy and lead to increased tax revenues.

Bedrock, which is owned by Cavaliers owner Dan Gilbert, is also moving forward this fall towards their long-term vision of a "reimagined" Tower City. They hope to add more pop-up retail experiences, dining, and entertainment, as well as more local and minority-owned businesses.

The plan is still in its early stages, with no specific timeline set.