Cleveland opts out of county plastic bag ban until July 2020

Cleveland City Council voted Monday to amend its plastic bag ban ordinance to move up the deadline by six months. 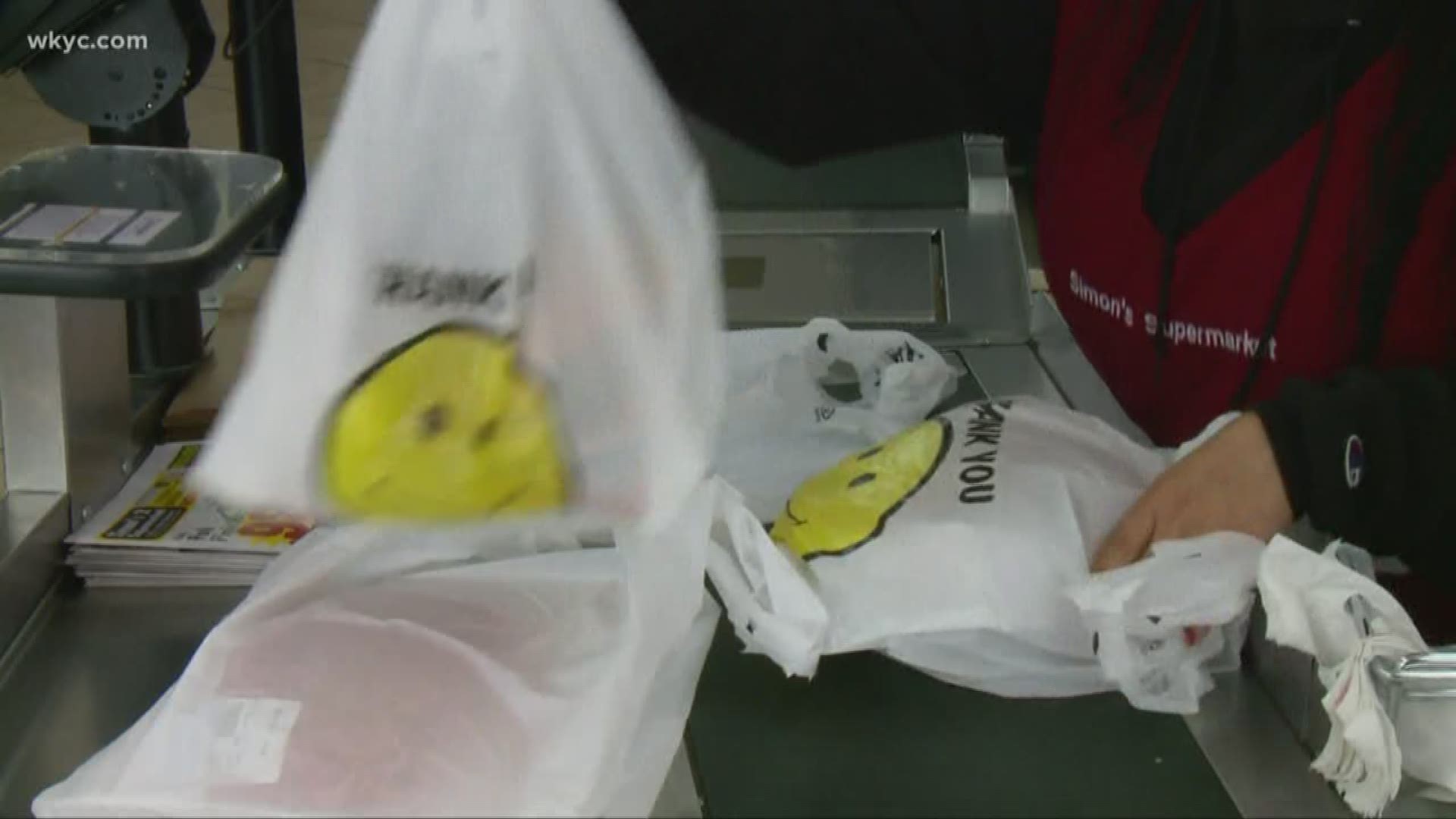 “We have a moral imperative to make our planet better for our children and our grandchildren. We have that opportunity right now. Businesses will adjust,” said Zone.

“The enforcement component will kick in July 1st, 2020. We’re also going to form a working group to study the issue and determine what’s the best way forward in the City of Cleveland,” said Councilman Zone.

Meanwhile, Cuyahoga County Council is also looking to pump the brakes on its ban. Council member Sunny Simon plans to introduce a 6-month grace period on enforcing the ban, which is set to take effect January 1. The move is in response to unexpected delays in the county's public awareness campaign on the upcoming changes.

Some businesses, like “We Bleed Ohio” in the 5th Street Arcade, have already made the change. The owner, Dave Gruss, called it a good business move.

“We did have plastic bags. It almost was the same cost for us to do paper bags, so we made the switch to be more environmentally friendly and it really didn’t impact our cost,” said Gruss.

Gruss and Councilman Zone both hope more people and businesses will catch on earlier, so the transition from plastic to reusable isn’t so hard.

“I like to be environmentally friendly, keep it green, recycle and reuse. It’s what my parents taught me and it’s what I try to do,” said Gruss.

“We have an opportunity to make a global statement locally and I’m really proud that we’re doing that today.,” said Councilman Matt Zone

Councilman Zone believes the ultimate goal is to reduce plastic consumption to make sure that we’re doing our part to become a more environmentally conscious city.

The City of Cleveland’s plastic bag ban exemption includes various businesses including “any supermarket, convenience store, department store, store, shop, service station, or restaurant and any other sales outlets where a customer can buy goods or food” according to the ordinance.

Violators of the ban will get a written warning for the first offense, $100 fine for a second violation, and a civil fine of up to $500 each subsequent violation.

RELATED: Cleveland could choose to 'opt out' of plastic bag ban