‘So many politicians are in pocket of utilities,' Bibb charges. 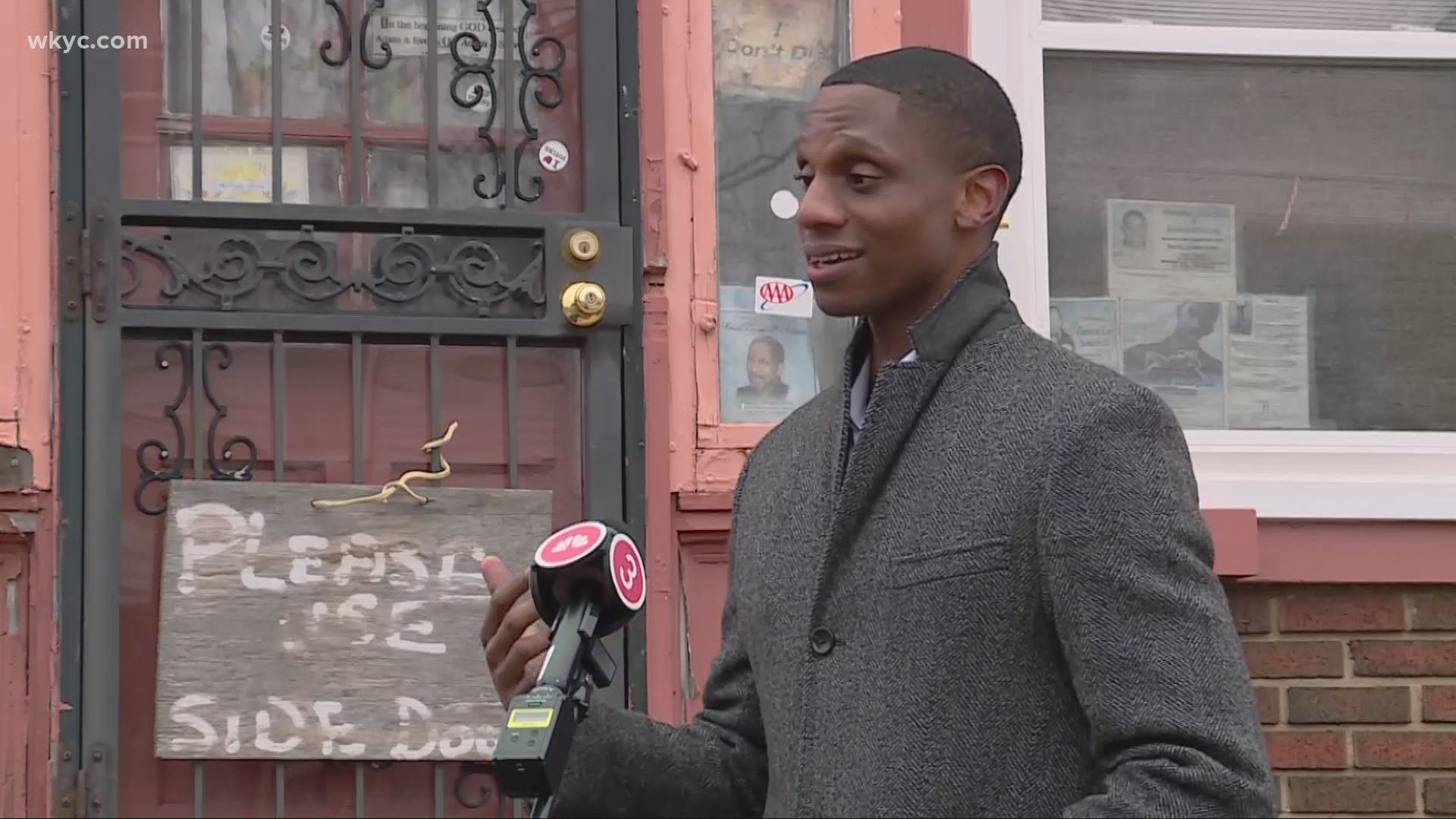 CLEVELAND — Editor's note: Video at the top of this story was originally published on Jan. 11, 2021.

In the what will be the first radio ad of the 2021 Cleveland mayor’s race, non-profit executive Justin Bibb charges Cleveland leaders have failed to keep down electric rates for customers of the city-owned power company and have failed to properly manage the West Side Market, which is struggling to keep tenants and attract customers.

These issues are expected to get a lot of attention in this year’s race. Bibb announced his bid for mayor last month.

“High utility bills hit people struggling the hardest, like my grandma, Sarah, living on a fixed income over in Mt. Pleasant where I grew up,” Bibb says in the ad set to air Thursday. “Our utility prices keep going up while so many politicians are in the pocket of the utilities, or asleep at the switch. Every major candidate for mayor takes big money from the big utilities. Politicians from the past can’t solve this problem. We need new leadership to bring fair rates.”

You can watch the ad below:

Cleveland Public Power has about 70,000 customers in the city. Its residential rates are about 10 percent higher than the rates of its competitor, CEI, a subsidiary of the company formally known as FirstEnergy.

FirstEnergy has donated money to several Cleveland officials, including Council President Kevin Kelley, who is planning a run for Cleveland mayor. Kelley has been recently critical of FirstEnergy’s involvement in a campaign critical of Cleveland Public Power.

About the West Side Market, Bibb says in the ad: “We need a vision for the West Side Market. It’s been neglected and ignored for too long. I believe investing in our small businesses in neighborhoods like these all over the city. It’s the key to the next wave of Cleveland’s job growth.”

Mayor Frank Jackson has been criticized for years by nonprofit leaders, some council members and others for his administration’s poor management of the West Side Market and refusal to seek outside help to better market and run the market.

Former Cleveland mayor Dennis Kucinich, who is considering a run for mayor, has been critical of the city’s handling of the market as well.