Mental health and the census are key issues. 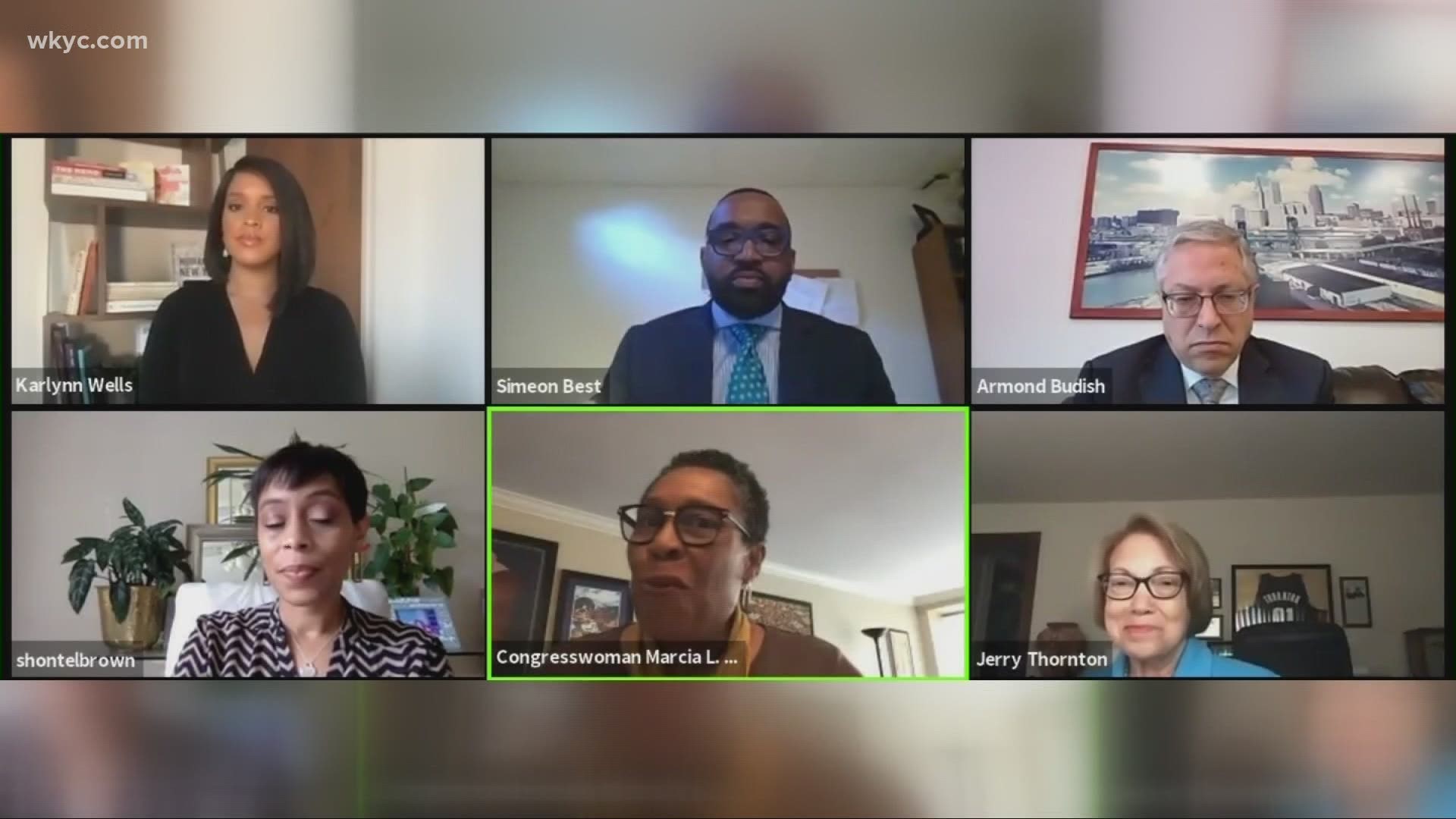 CLEVELAND — Wednesday marked a night of two candid conversations involving racial injustice. They were both online and involved some familiar names in sports and politics.

One was organized by Cuyahoga County, while the other was sponsored by the Cleveland Cavaliers and NAACP.

Addressing the importance of mental wellness, Cavs head coach J.B. Bickerstaff praised Kevin Love for speaking up about anxiety and depression and urged others to embrace their feelings too. He stressed they are not alone.

"Just being on social media right now, limit that. You know instead go for a walk, watch a good movie," Peel Dem Layers Back founder Archie Green, who participated on the panel, added.

Time to Talk: Black Men: It’s OK To Talk About It

In partnership with the NAACP Cleveland Branch, the debut session of the “Time to Talk” series will focus on Black men and their mental health.

At the "Light the Night to Shape Your Future" virtual town hall, there was emphasis on the census, with U.S. Rep. Marcia L. Fudge urging those tuning in to participate.

"We have to be counted because if we’re not, people see us as invisible," Rep. Fudge said, before naming programs such as Head Start, SNAP, and Medicaid which rely on population data.

"There’s been a distrust," she said. "People have been under the belief that this is a mechanism used to find people who are in delinquent situations—that is not the case."

Brown reassured those tuning in that there is no question on the census regarding immigration status and reminded seniors, who are often hard to count, that their voices matter too.

As part of the "Light the Night" campaign, buildings around the county, including the Terminal Tower, remained lit Wednesday. The census deadline has been extended through October.

RELATED: Cleveland to hold review tomorrow of police department’s handling of May 30 protest and riot