Amtrak proposes to increase the number of weekly train arrivals and departures at Cleveland from 28 to 154 weekly. 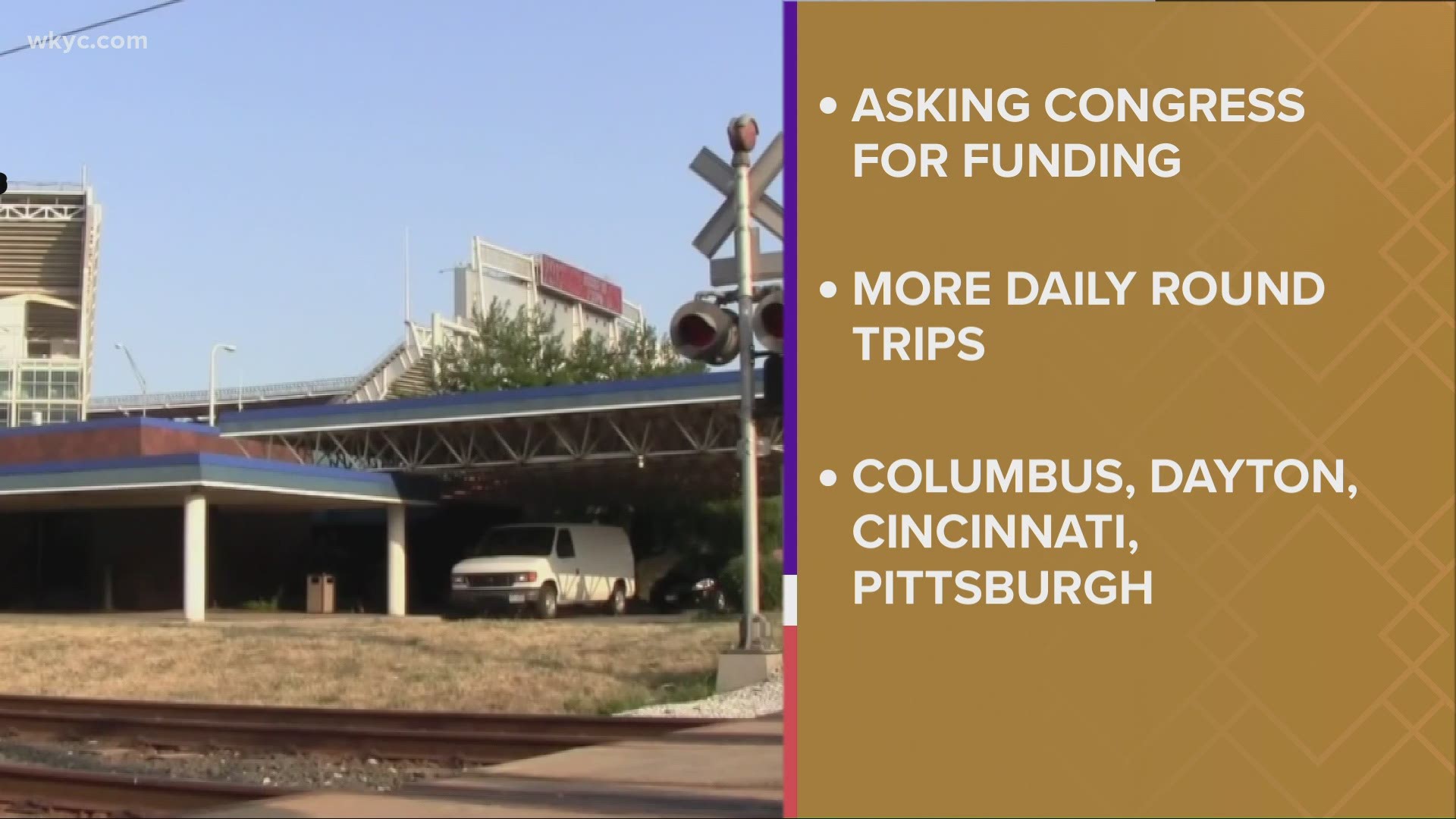 In addition, the council is urging Ohio's members of Congress to support a renewal of the federal Surface Transportation Reauthorization and also sign off on the appropriate funds for the proposed expansion.

Last month, details of Amtrak's proposed expansion in the state were revealed by All Aboard Ohio, a public transportation advocacy group.

The new routes would include:

Amtrak's ambitious expansion would be financed completely by federal money through a proposed new rail program, but it must be approved by Congress and President Biden.

"We have developed a visionary plan to expand rail service across the nation, providing service to large metropolitan areas that have little or no Amtrak service," Amtrak spokesman Marc Magliari told 3News in an email. "Frequent and reliable corridor routes of typically less than 500 miles represent the fastest growing segment of Amtrak service. Population growth, changing demographics, travel preferences and environmental concerns all point to new opportunities for intercity passenger rail."

According to a release from Cleveland City Council, Amtrak proposes to increase the number of weekly train arrivals and departures at Cincinnati from six to 104 trains per week, at Cleveland from 28 to 154 weekly, at Columbus and Dayton from zero to 42 per week, and at Toledo from 28 to 70 weekly.

The council's resolution notes that safe, fast and convenient passenger rail service will improve Ohio’s economy as well as make Ohio a more attractive place to live, work and visit.