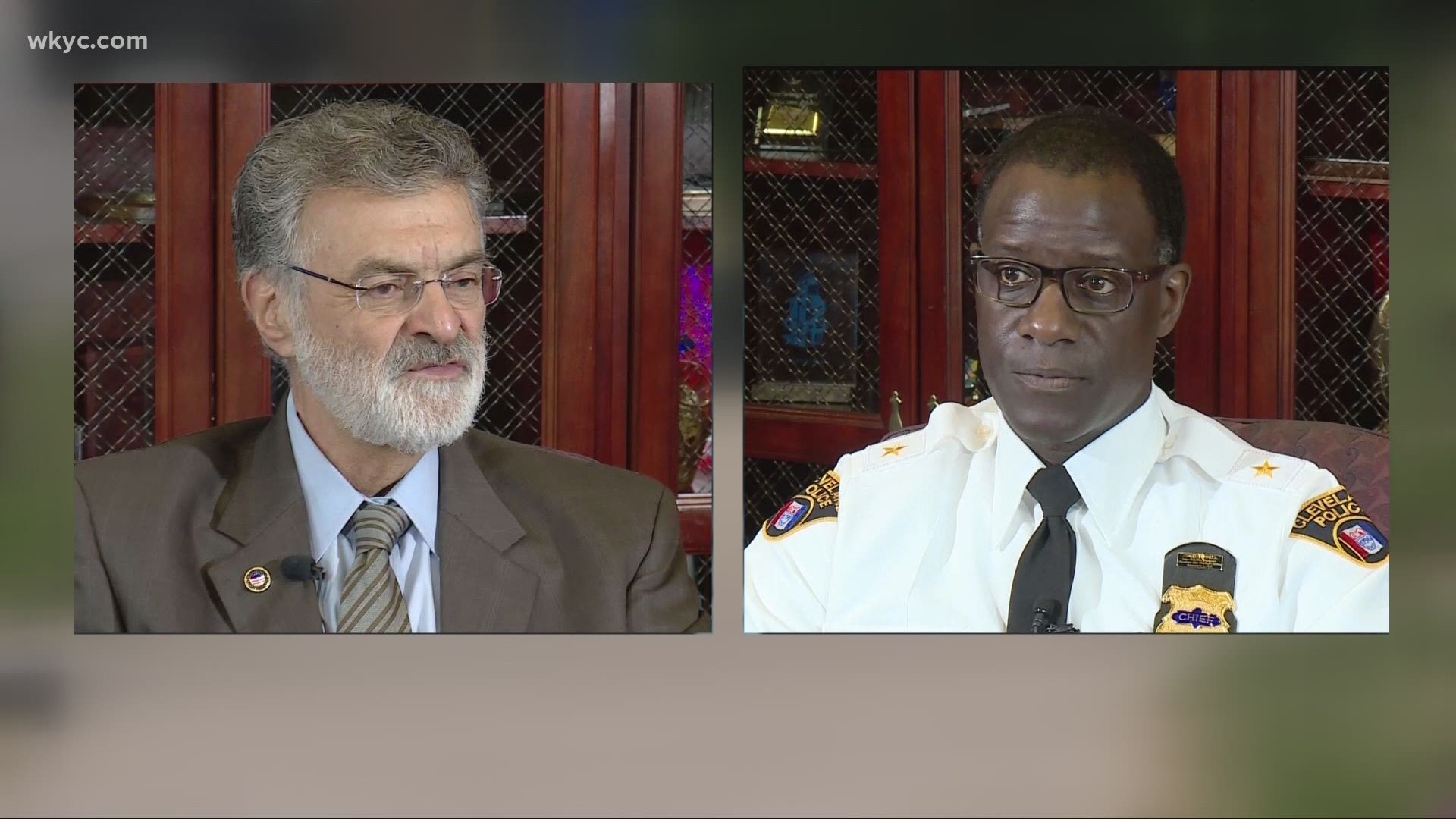 CLEVELAND — The July 4 weekend was less than festive in many parts of Cleveland.

Data shows the number of shootings in the city during the holiday weekend doubled this year as compared to 2019.

Cleveland City Councilman Blaine Griffin points to a lot of pent-up anger and frustration as to why violence has been picking up.

"Traditionally we see interpersonal crimes where people have issues and may have a fight over money or a girl or material things in life," Griffin says. "But right now, it seems like it’s just, I have an argument or road rage and all of a sudden, I’m gonna pop off guns."

In 2019, reports show there were 10 shootings in Cleveland during the Fourth of July holiday weekend. This past weekend, 20 people were shot.

"It's very disappointing and disheartening to watch this violence in the city," Griffin adds. "On top of the pandemic of COVID-19, on top of the traumatic killing of George Floyd, now, we have families losing loved ones."

The violence started on Saturday night around 8 p.m. and lasted thru Sunday around 5 a.m.

Among them, three men killed.

And an 8 year old girl was shot in the arm on East 139th Street and Harvard Avenue.

Gun violence and violent crime is on the rise. This holiday weekend specifically, the city of Cleveland has seen a large number of incidents involving shootings and tragically, three people killed. There is no excuse for this violent activity and police are actively pursuing the perpetrators. We remind citizens to do their part. If you see something, say something. Anyone with crime tips is asked to call police. Anonymous information can be provided via crimestoppers by calling 216-25-CRIME.

3. 9:30 p.m. Saturday - Homicide investigation - Officers responded to 3833 W. 152nd. At least two people were shot.  One was pronounced dead at the scene with a gunshot wound.

4. 11 p.m. Saturday - Homicide investigation - Officers responded to Nelson Avenue and Martin Luther King Jr. Blvd for a man down on the sidewalk. The male was found to have a gunshot wound to his neck and was pronounced dead at the scene.

RELATED: One dead, two others injured in shooting on Cleveland's west side

RELATED: Violent crime on the rise in Northeast Ohio during the pandemic