The Russo brothers are back in town to film 'Cherry' with actor Tom Holland as a separate project -- 'Untitled Fred Hampton Project' -- also begins production. 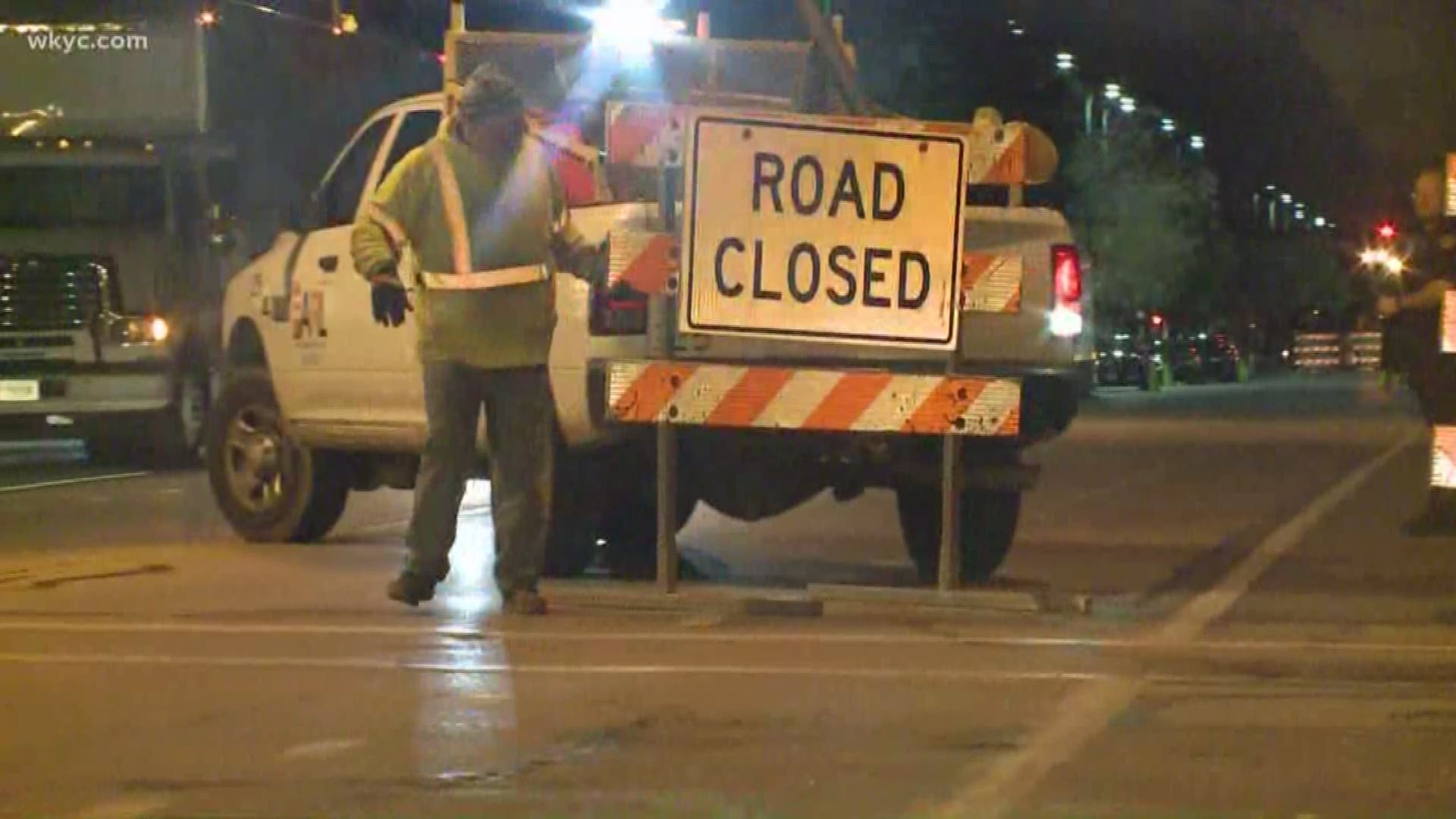 Joe and Anthony Russo, the hometown duo who directed some of Marvel's biggest movies, are back in Cleveland to make their next film with Spider-Man star Tom Holland.

As their production of Cherry gets underway this week, so does a different movie, which is currently known as "Untitled Fred Hampton Project."

With both movies filming in Cleveland this week, city officials have issued warnings of road closures starting Monday.

Here's how these road closures may impact your drive:

- Detroit Avenue will be closed between West 65th Street and West 70th Street on Monday, Nov. 4 from 6 a.m. and 8 p.m. We're told Cherry will be filming a bank scene inside the Pioneer Savings building at this location.

Suggested detours for this closure:

- Traveling from the west: Head south on West 74th Street to Franklin Boulevard to West 65th Street and north to Detroit Avenue.

- Traveling from the east: Head south on West 65th to Franklin Boulevard to West 74th Street and north to Detroit Avenue.

Broadway Avenue will be closed between McBride Avenue and East 55th Street from Monday, Nov. 4 through Wednesday, Nov. 6 between 9 a.m. and 10 p.m.

As a result of this closure, parking may be unavailable on the following streets:

- Barkwill Avenue (both sides) between Doloff Road and Broadway Avenue.

Suggested detour for this closure:

- McBride Avenue to Doloff Road to East 55th and back to Broadway Avenue.

"Buses that travel on Broadway Avenue between McBride Avenue and East 55th Street will be rerouted via McBride Avenue to Doloff Road to East 55th Street and back to Broadway Avenue during filming days from 8 a.m. to 4:30 p.m." city officials said. "Businesses located inside the closure point will remain open. Customers will be able to access businesses before and after periods of filming."

But what are these movies all about?

Cherry, which also stars Bill Skarsgard, Jack Reynor and Ciara Bravo, is described as follows on IMDB: "An Army medic suffering from post-traumatic stress disorder becomes a serial bank robber after an addiction to drugs puts him in debt."