Elected in 1980, Johnson appeared undeterred by recent scrutiny of his affairs. 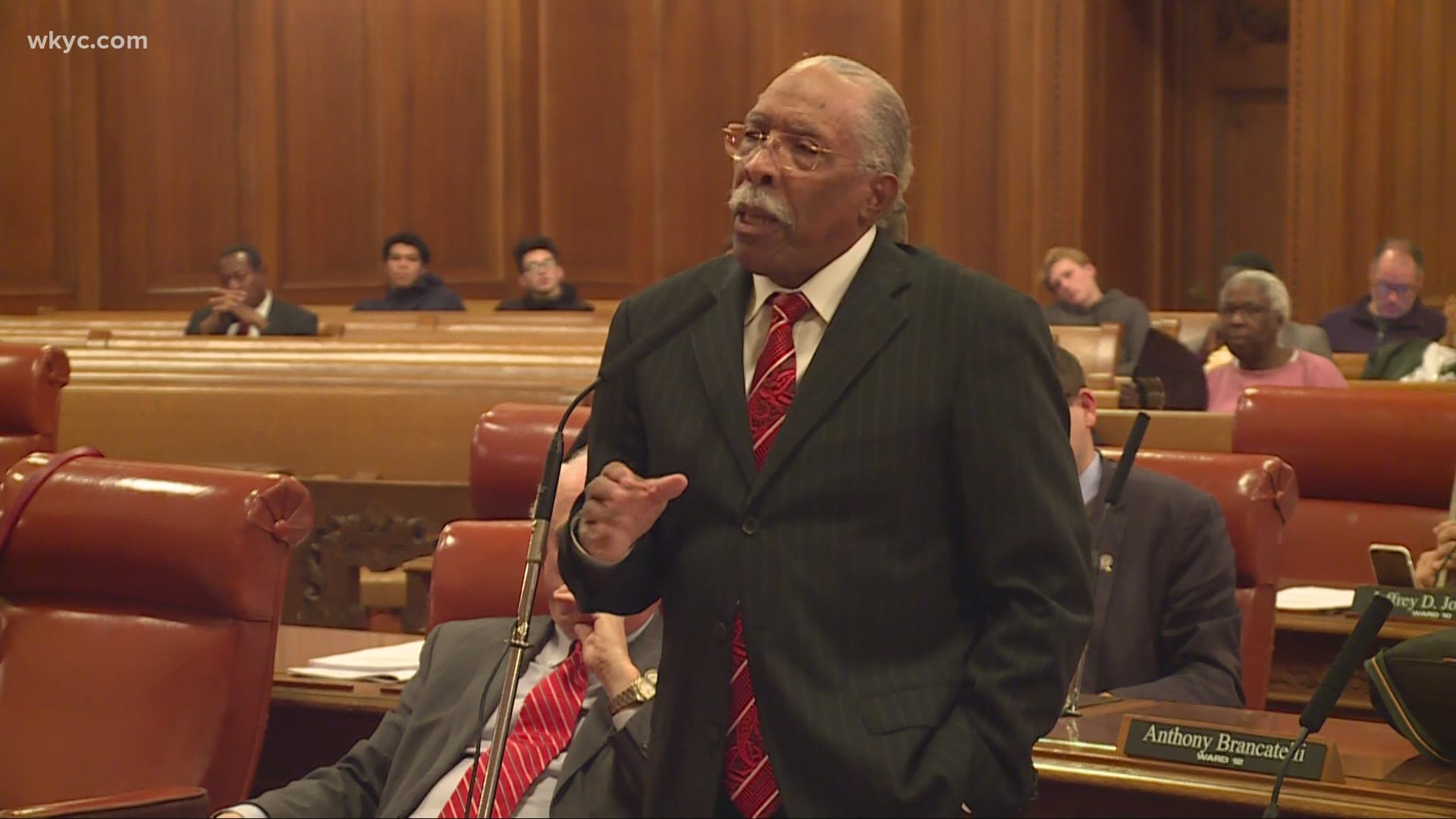 CLEVELAND — Editor's note: Video at the top of this story was originally published on Feb. 23, 2021.

Just weeks before federal agents arrested the 74-year-old Ken Johnson at his home on Tuesday, he requested paperwork from the Cuyahoga County Board of Elections to seek another four-year term.

Johnson has known for years he’s been under scrutiny for his council expense report and for his ties to a neighborhood nonprofit that received federal money he earmarked by him to the organization.

A series of stories published on cleveland.com beginning in 2018 detailed his questionable use of council expenses and numerous problems at the Buckeye Shaker Square Development Corp, where Johnson’s aide, Garnell Jamison, and a family member worked. Jamison and John Hopkins, the former head of the nonprofit, were also arrested Tuesday by federal agents.

Cleveland.com published a story nearly two years ago – based on multiple sources – that the FBI had launched an investigation into his affairs. Earlier this year, the FBI’s interest became public when it sent subpoenas to Cleveland City Hall seeking information on Johnson and Jamison.

Also, a longtime Cleveland city employee with ties to Johnson was indicted earlier this year and later pleaded guilty to submitting phony receipts to council that allowed Johnson to seek reimbursement of $1,200 a month. This happened before Johnson sought his paperwork for re-election.

Elected in 1980, Johnson is a legend in Cleveland politics, but his seat has been drawing interest for years from Ward 4 residents who have complained Johnson has not been responsive to community-wide issues.

Johnson did not respond to a text message Tuesday for a comment about his charges.

The latest information from the elections board shows five people, including Johnson, have picked up paperwork needed to make the ballot. No one has formally filed, which requires returning petitions with voter signatures.

Cleveland’s primary is in September this year. The top two finishers advance to the November general election.

A federal grand jury indicted Johnson on 15 charges, including two related to theft in office. Johnson, whose council salary is $87,000, cannot be removed from the body right now, Council President Kevin Kelley said Tuesday. But Kelley removed Johnson from his chairmanship of the committee that oversees the recreation department.