Employees of the city have been reprimanded and suspended. 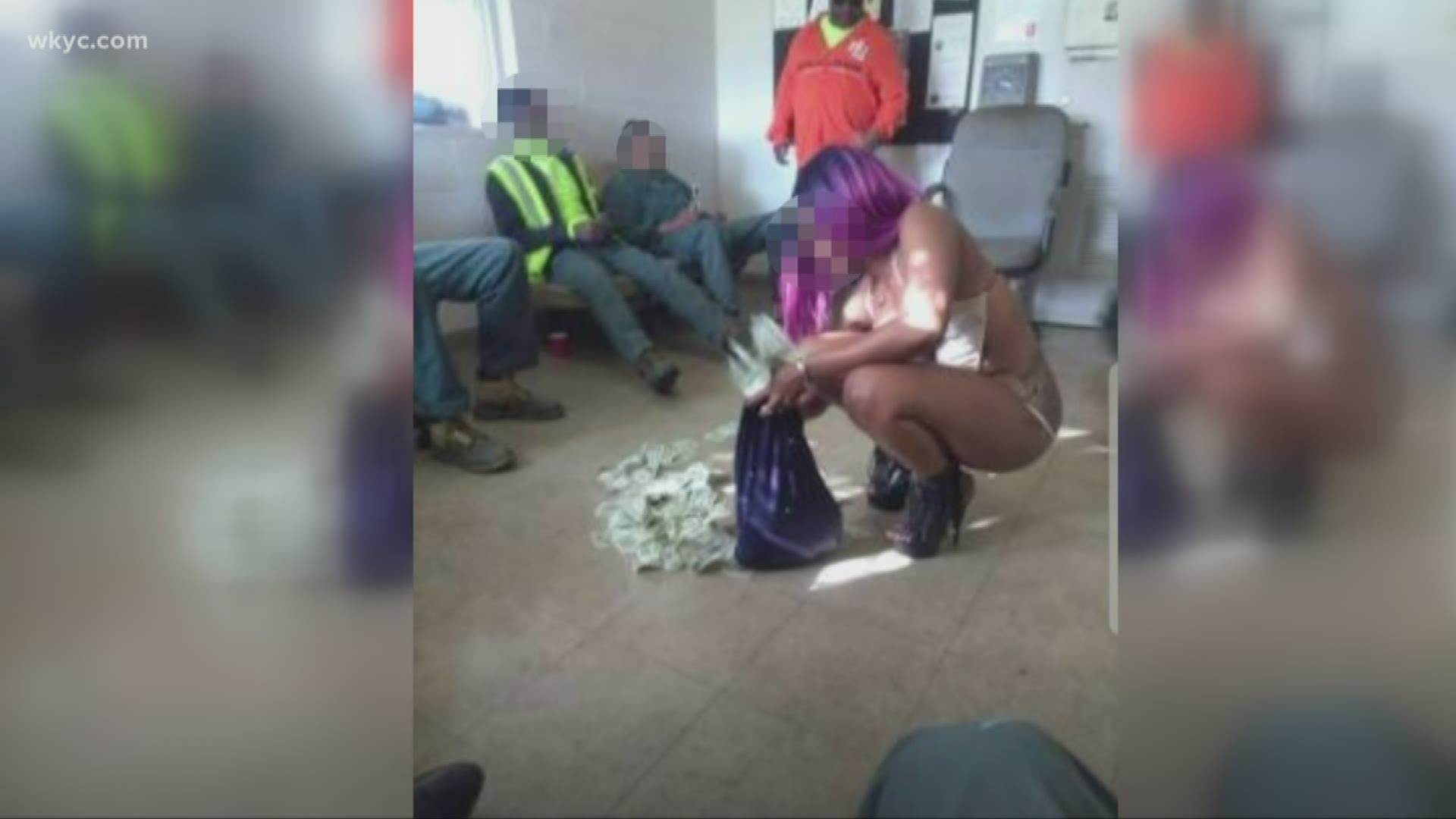 CLEVELAND — It is a popular time of year for holiday parties, but for a division of Cleveland’s Public Works Department, the parties may be over.

A picture recently surfaced showing what appears to be an exotic dancer picking bills up off a floor in a break room.

Sources say it was taken at the Humphrey Service Garage in Collinwood, where for years, parties were a way of thanking seasonal help.

Alcohol, beer specifically, was involved too.

Employees can be seen the picture wearing work clothes, while a clock in the background indicates it is mid-afternoon.

The City of Cleveland was recently made aware of the parties and began cracking down. A 3News investigation revealed nine full-time and seasonal employees were reprimanded or suspended for not speaking up sooner.

An internal investigation found that a supervisor gave permission for a luncheon, but not for strippers or alcohol.

When the parties became common knowledge, they were kept contained.

Sources say it was only after images appeared on social media that another division noticed and spoke up.

A letter went out to employees indicating their short comings.

“It was your responsibility to notify someone in Management about what was going on at your station…Please be advised that your next offense may result in progressive disciplinary action,” the letter read.

Six temporary hires were release and told not to return.

According to a 3News source, the city is still working to identify people in the social media posts and that they could and would be subject to disciplinary action.