Mayor Frank Jackson said the city would only establish a curfew 'if we have to do it.' 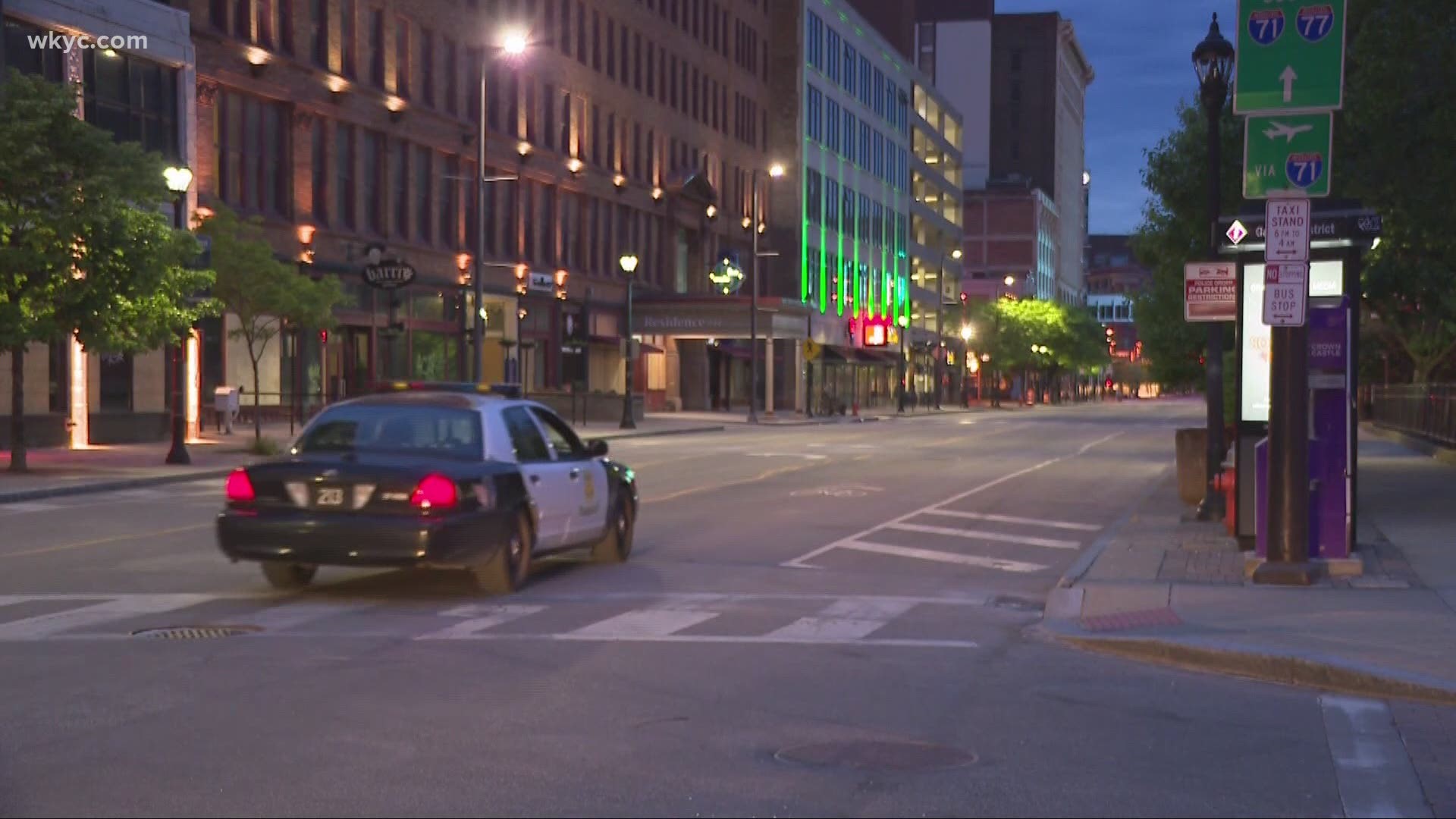 CLEVELAND — Cleveland's curfew officially lifted as of 6 a.m. Friday -- and there's no plan in place to extend restrictions into the weekend.

"We will review what's going on, and hopefully that will be the end of the curfew," Cleveland Mayor Frank Jackson said during a teleconference Thursday. "As you know, we still have demonstrations going on, but they've been very peaceful so far. As long as they stay that way, then there should be no curfew instituted. If we have to do it, then we will, but that's not our preference to do that."

Mayor Jackson said that city officials will be evaluating and assessing the situation as it evolves when deciding if another curfew needs to be activated.

"We'll institute it again," he said. "It'll be done quickly."

"We plan to remain vigilant. We know there are a few things going on in the next couple days," Chief Williams said. "We are deploying more than enough folks to take care of that. We would re-institute the curfew if we have bona fide intelligence that something is going to happen, or if something does happen here in the next 24 hours or so. I think the mayor is ready to re-institute that curfew downtown so that we go back to the same posture we've had for about the last three or four days. It's evident that it's worked."

Chief Williams also said city officials have heard from "a lot of folks" who appreciated the curfew.

"Even if it's an inconvenience, they see the value of having that curfew," Williams said. "So we'll take a look at it. If our intelligence, if our sources out there -- and we have federal, state and local resources looking at this stuff every hour -- if we see something that gives us an inclination we're going to have issues, we're going to have trouble for a given protest or an activity, then I will ask the mayor to re-institute the curfew."

Cleveland initiated its first curfew at 8 p.m. Saturday night after violence erupted downtown as a peaceful protest was underway with demonstrators calling for justice in the death of George Floyd.

You can review the entire teleconference in the player below:

Mayor Frank G. Jackson invites you to join him and Police Chief Calvin Williams for an important telephone townhall regarding the City of Cleveland’s public safety efforts and coronavirus updates

3News reported Friday morning that a judge ruled the city could not extend the curfew beyond 6 a.m. when it expired. But that judge also said another curfew could be enacted downtown and in the market district if the mayor can prove it's needed.

"Cleveland, so far, is the only city who’s only had one night of unrest," Mayor Jackson added. "And that is because we took decisive action to prevent the same thing that happened Saturday night from happening again. We did that through curfew, and we did that through asking the governor to send the National Guard."