But the Innerbelt Curve doesn’t live up to its nickname with few fatalities in last 20 years. 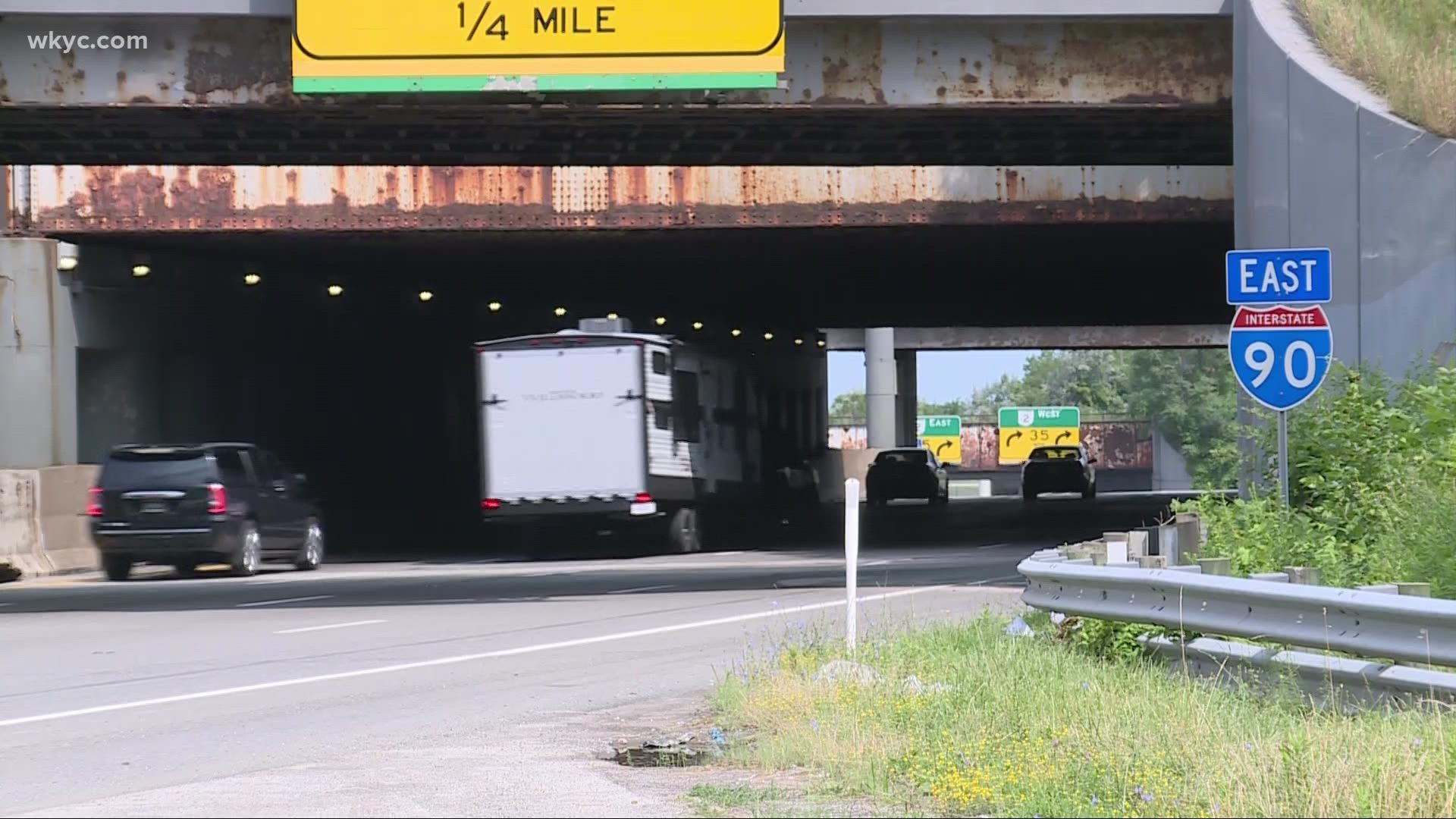 The harrowing hairpin turn on I-90 near the lakefront that makes headlines in daily traffic reports.

But more than 60 years after the curve opened, its nickname reflects more urban legend than reality.

The Innerbelt Curve, as it is officially known, was designed and built in the 1950s. That’s when cars had V-8 engines and chrome bumpers -- and station wagons were growing in popularity.

The nearly 90-degree turn was inserted to leave room for the possible expansion of Burke Lakefront Airport, according to one account published in the newspaper. It opened with an original speed limit of 50-miles per hour. These are design specs that would never reach the pavement today.

“The 1950s civil engineering highway design with a lot of pavement weaves really wasn't designed for the travel and the amount of vehicles we have today,” said David Lastovka, Innerbelt Corridor Project Manager for the Ohio Department of Transportation.

The curve was indeed deadly in its early years. News accounts show six people died there in the 1960s. Another 11 in the 20 years that followed. Along the way safety precautions were added: a lower speed limit, better signage, flashing lights, and car-rattling rumble strips.

There have been no fatalities on the curve in nearly 20 years, though safety records are incomplete.

“We are more lucky than anything else that there haven’t been more fatal crashes or more serious injuries in that location,” said Sgt. Ray Santiago, who heads Cleveland’s Ohio Highway Patrol post. “We don’t want to continue to be lucky.”

Each day, more than 100,000 vehicles use Dead Man’s Curve, which is still the source of hundreds of non-fatal accidents since 2016 – and nearly a dozen this year, according to interactive maps from the Ohio Highway Patrol, which includes Cleveland police reports.

RELATED: I-90 East reopens after semi rolls over at Dead Man's Curve in Cleveland

“It's all that weaving,” Lastovka said. “That's where the real accidents and injury accidents occur, which we're going to try to solve.”

The curve also remains a constant pain in the rear-brakes of truckers. Those traveling too fast often lose their loads – steel coils, boxes and fuel. When trucks lose their loads, car drivers are usual forced to wait.

“For crashes in that particular section, they usually shut down the interstate in particular and take a lot longer to get cleared than in traffic crashes somewhere else,” Sgt. Ray Santiago said.

Plans to straighten the curve have lived in the Ohio Department of Transportation for decades. But there’s far more to the project than meets the tires.

“To me, straightening out the curve is the hardest project of all of them,” Lastovka said. “We have a big lakefront airport to the north of us. So, we're landlocked. There's two active railroads that cross over the curve.”

And there’s massive sewer and high voltage lines also have to be relocated.

The cost fixing the curve, replacing several related bridges, and moving utilities is about $600 million – too costly to tackle now.

ODOT has been working piece-meal on sections of the Innerbelt Corridor for years.

"The planning started in 2000,” Lastovka said. “We had hundreds of public meetings trying to understand how this Innerbelt Corridor worked within the community. It culminated in 2009 with an environmental document which was the federal approval of the project.”

Lastovka has been the engineer overseeing the many improvements on the corridor so far, including the new Innerbelt bridges. (He’s also behind the new I-480 bridges under construction now.)

ODOT can’t say when the money will become available for straightening the curve, though a new federal infrastructure bill would allow ODOT to compete for more potential funding.

In the meantime, ODOT says drivers need to do their part.

“I go to work every day trying to make their commute both safer, better, faster, I mean, we're trying to do our best,” Lastovka said.  “We asked them to do their part to slow down.”

Learn more about ODOT's plan for the Innerbelt Curve below: