Contract negotiations, including mental health benefits for first responders, at heart of issue 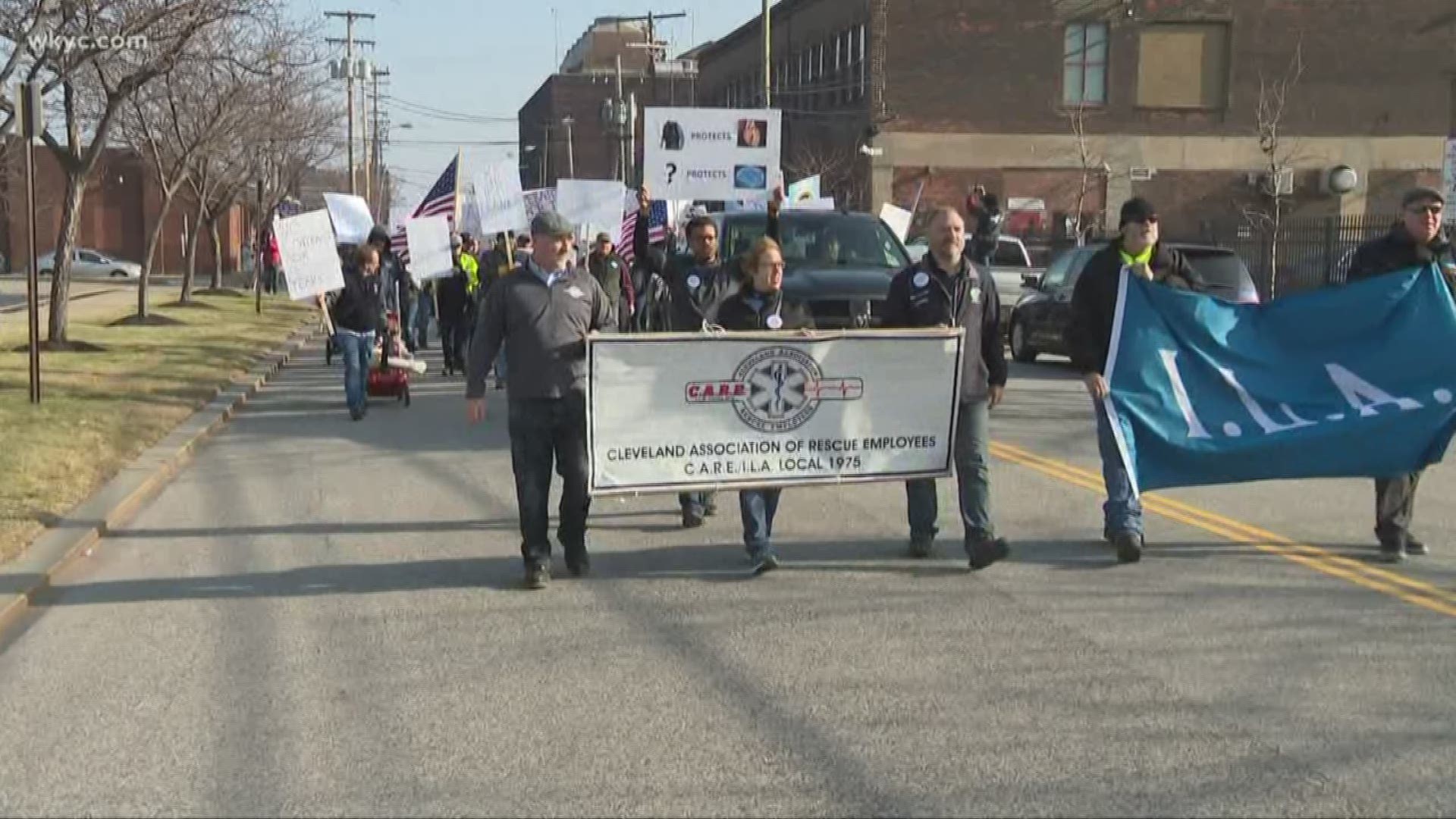 3News streamed live from the event. You can watch it again below:

Contract negotiations are at the heart of an ongoing dispute between these first responders and Mayor Frank Jackson’s administration. And a recent court decision in the union’s favor has EMS leadership ready to turn up volume.

3News obtained an email circulating among union members calling on EMS workers, which includes paramedics and dispatchers, to gather in a large group at Monday’s Cleveland City Council meeting.

(You can read the letter below.)

The time has come for you to have your voice heard.

On December 13, the honorable Judge Michael Russo struck down the city’s motion to vacate our arbitration award. According to this ruling, CARE members are now owed a contract that includes mental health support, star days, better shifts for dispatchers, and the increased wages afforded through pattern bargaining. Since the decision was announced, the city has made no movement to enforce the esteemed Judges ruling. In fact, the city has recently informed our attorney that they plan to appeal the court’s decision. It goes without saying that better wages and working conditions are badly needed in this division. Furthermore, we strongly believe that an appeal may deal a crippling blow to the Division of EMS.

1. Council Meeting Sit-in. A group will be gathering to sit-in on the Jan 6th 2020 council meeting. Members will meet at the CPPA hall at 1800 hrs on 1/6/2020, then we will caravan together down to city hall for the 1900 meeting. Members are encouraged to wear CARE apparel.

2. Informational picket/parade. CARE will gather at City Hall at 10:30 with a 11:00 start on Jan 15th and 16th. CARE is pulling formal parade permits for Jan 15th and 16th to march from EMS HQ to City Hall. Don’t worry, no vests will be required. This event is open to all EMS supporters, including family and friends. Exact times will be announced in the coming days.

3. E-Mail Campaign. We are encouraging members to e-mail policymakers to make them aware of this situation. More info on this initiative will be shared on our social media platforms shortly.

Participation is key in making these actions effective. The more people that participate, the more likely we are to effect change.

These actions will show the many ways this division is being poorly managed. Our ambulance fleet is failing, our wages are far from competitive, and the figurehead of this division fails to treat people in an equitable manner. Employees are leaving faster than they can be replaced.

Instead of using the money from issue 32 to improve patient care and invest in its employees, the division has wasted this money on costly legal battles. Taxpayer money is being flushed down the toilet to fight mental health support for first responders. Ironically, the city does not even use their own law department for these matters. Instead, they contract an outside law firm at the cost of millions of taxpayer dollars.

So again, we call on everyone to come out, write in, and be heard. Stand up for what is right and just. We look forward to seeing you. Please contact any member of the board with any questions.

The union has complained for years about the poor conditions of ambulances and equipment, wages and benefits.

Last month, a Cuyahoga County judge upheld an arbitrator’s decision that settled outstanding contract issues, including recognizing mental health trauma as an injury. (You can read the decision below.)

The union letter says City Hall is appealing the judge’s ruling, which it describes as a waste of taxpayer money.

Union officials were not available today to answer questions. And City Hall did not offer comment on the union’s letter.