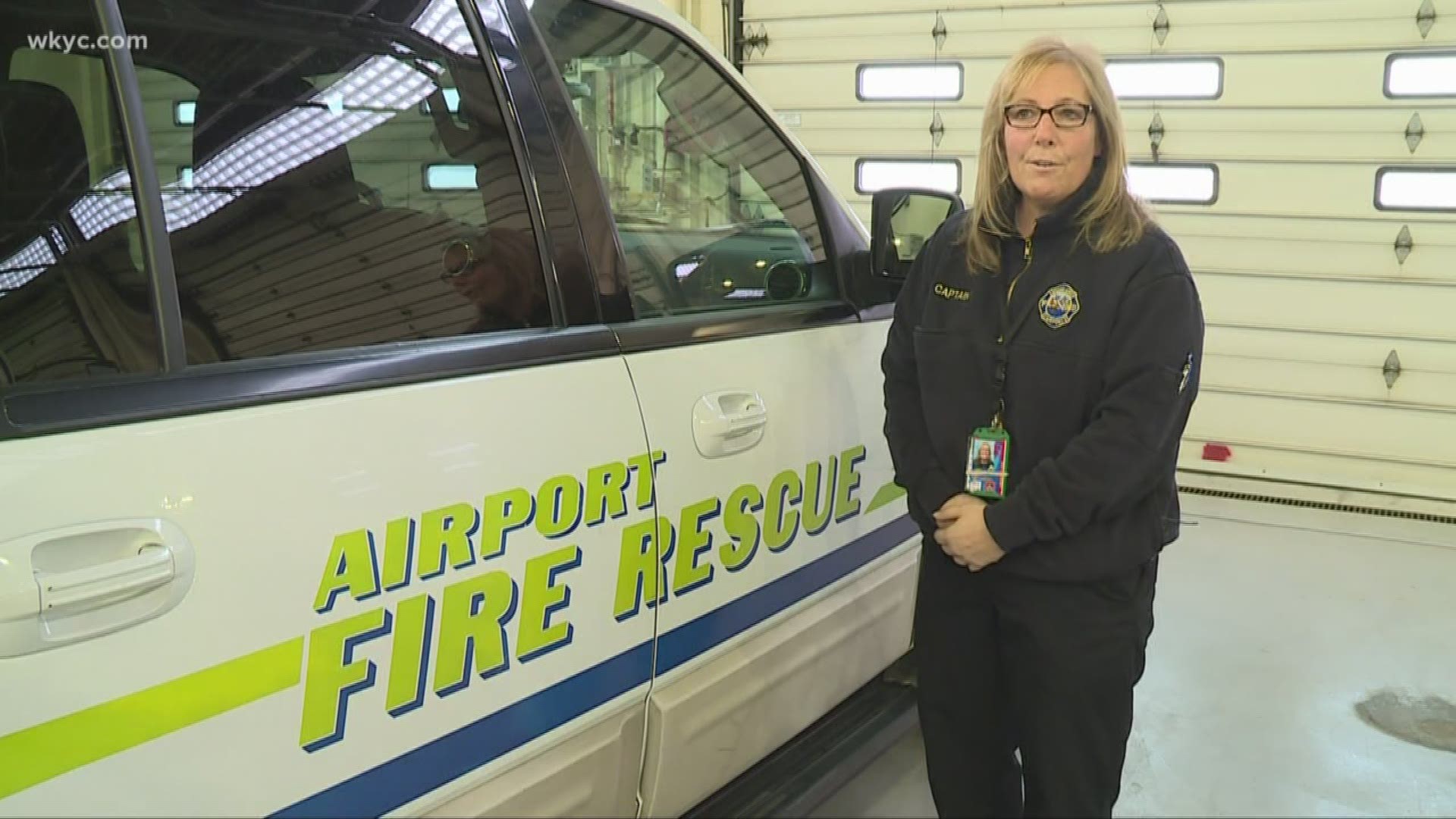 CLEVELAND — Cleveland Hopkins International Airport announced on Tuesday that Karen Moleterno will serve as the first-ever female captain of its Aircraft Rescue and Firefighting (ARFF) team.

Moleterno has worked for the airport's ARFF team for 16 years and possesses more than 20 years of experience in emergency leadership services.

“It is a well-deserved promotion for Captain Moleterno,” Airport Director Robert Kennedy said in a press release.  “We are happy to have her on our team at CLE and honored to watch her continue to rise in her latest promotion.”

Duties of ARFF include responding to aircraft emergencies as well as everyday occurrences such as medial calls, vehicle accidents on or near airport property and building fire alarms.