The city is expected to soon unveil plans for remaking terminal and concourses. 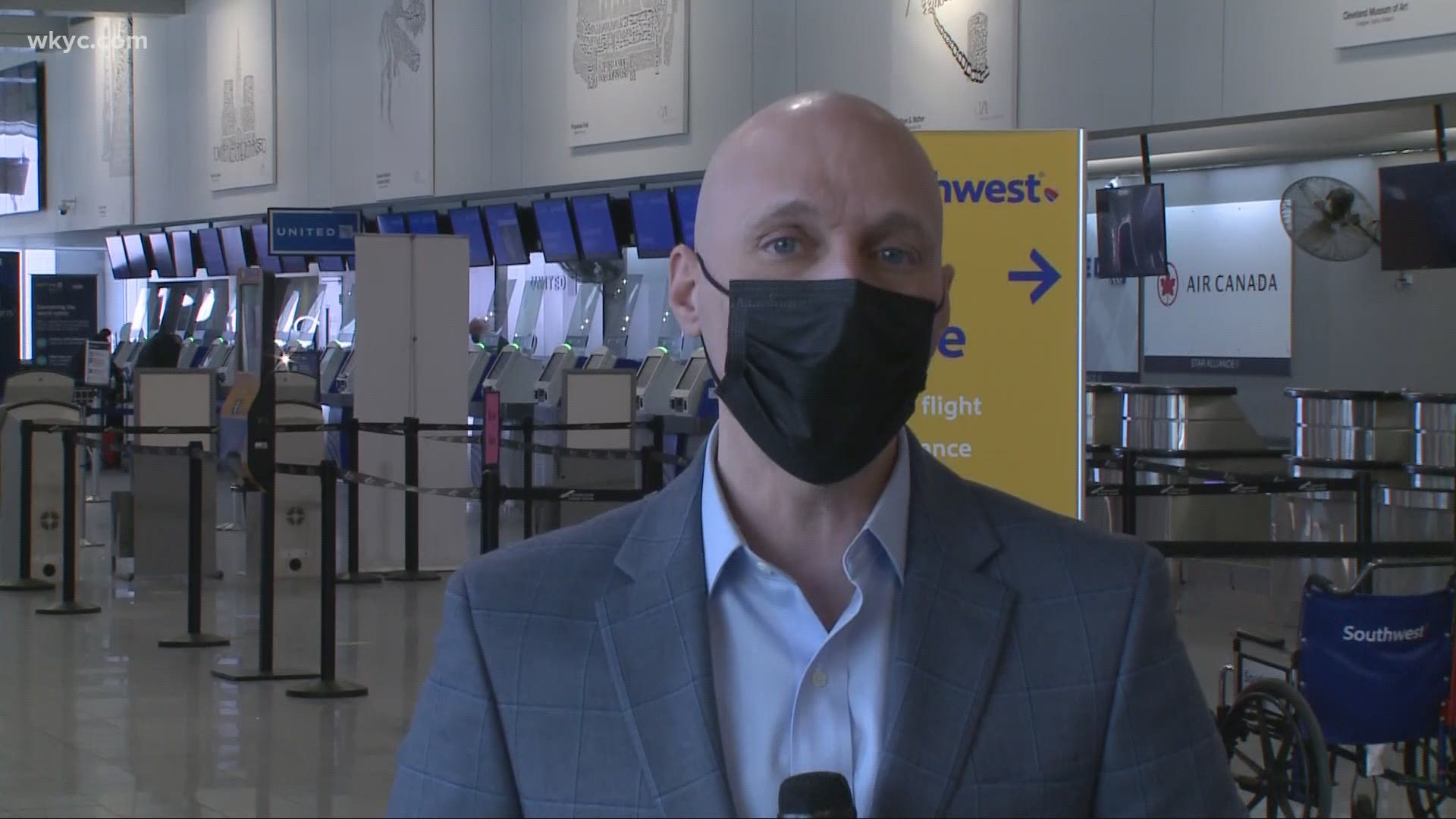 CLEVELAND — The City of Cleveland is expected to soon unveil its long-term plans for remaking Hopkins International Airport, which will include major changes to the terminal, including the concourses.

Robert Kennedy, the city’s port director, recently told Cleveland City Council that the airport must look beyond the pandemic and prepare for some badly needed upgrades.

The master plan, in the works for years and shaped by public input, will be phased in over 20 years.

But Kennedy acknowledges changes will be a tough sell to the airlines, which will have to cover the costs of upgrades and already face high costs of operating out of Cleveland.

“Now the financing of this will be a difficult lift in a post-covid environment,” he said.

The terminal, which has been reconfigured and updated many times during the last 70 years, was designed for travelers passing through and not needing as many curbside facilities. Today, the bulk of travelers start and finish here, but the airport lacks space to accommodate the shift in needs.

The concourses were also meant to handle smaller planes. Now, there are fewer planes, but they are larger and unload a high-volume of passengers into concourses lacking space and seating.

In the year before the pandemic, Cleveland Hopkins airport saw more than 10 million passengers, the highest number in a decade. Last year, less than half that number passed through its gates.

“The numbers that were were rising consistently since 2016 took a nosedive and this year is a recovery year, where last year was survival year,” Kennedy said.

The pandemic cut passenger traffic by 60 percent – and left baggage handlers, mechanics, and others out of work.

“The big number, the number I pray on and talk about,” he said. “I think about every day. If you go back to this time last year, on airport campus there was we had about 7,000 employed on our campus, today there are about 4,200.”

He forecasts Cleveland will see 5.2 million passengers this year.

But the airport’s operating costs – covered by airlines – now nearly double its competitors.