Robert Kennedy, the city’s port director, previously told Cleveland City Council that the airport must look beyond the COVID-19 pandemic. 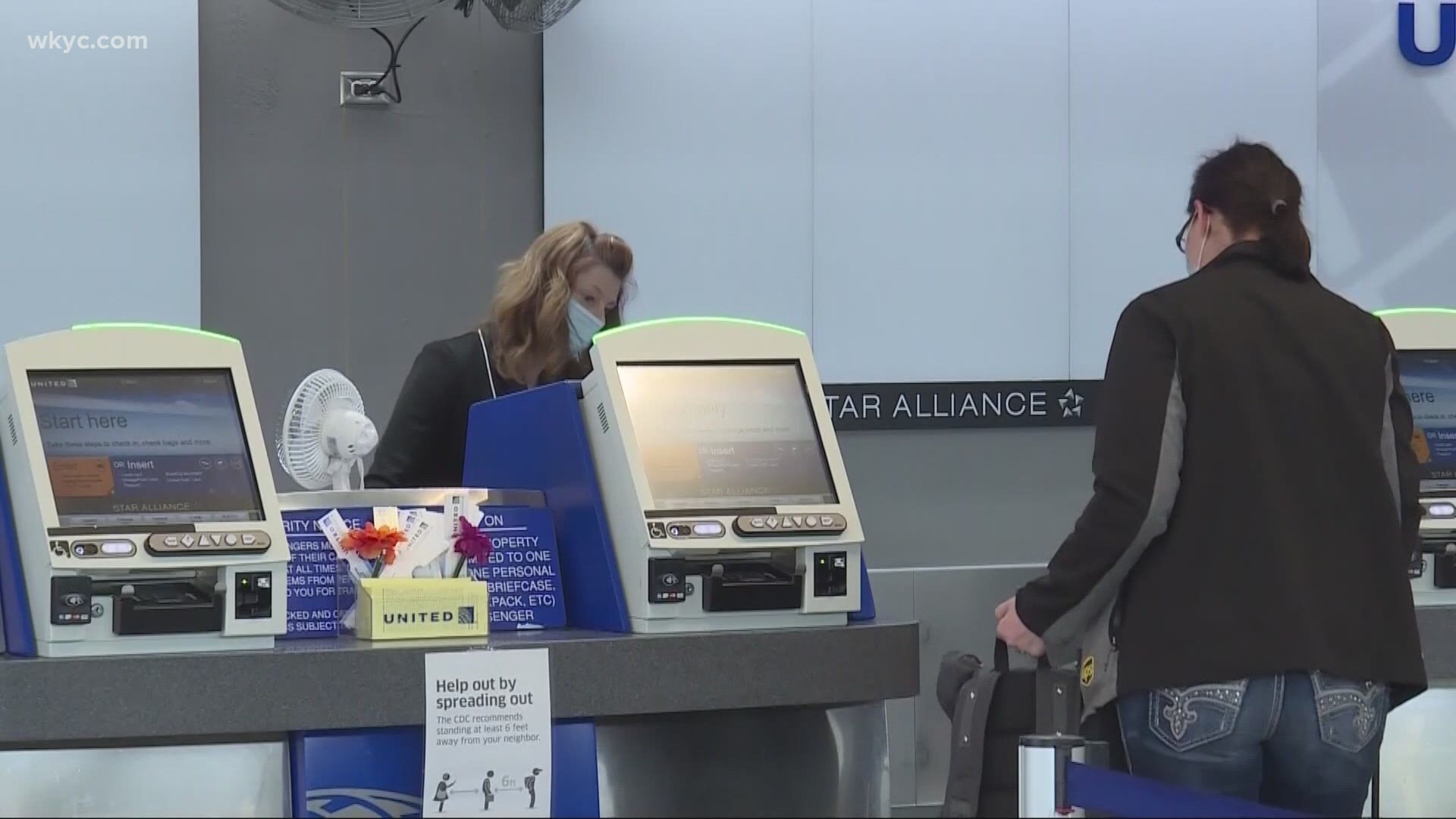 CLEVELAND — What changes could soon be taking flight at Cleveland Hopkins International Airport? A public information meeting is set to take place this evening as findings and recommendations for the airport's master plan will be presented to residents.

The Cleveland City Council Transportation Committee was given a first glance at the “master plan” for the airport during a virtual meeting Wednesday morning.

“This plan is bold. It’s big," said Robert Kennedy, the city's port director while discussing the 20-year plan with an estimated price of $1.82 billion.

Take a more in-depth look at the plan below...

Kennedy said the airport's terminal is among the needed changes as it currently has a pre-9/11 design. Here's an outline of "critical elements" when it comes to addressing the terminal at CLE, which includes reviewing ticketing / check-in, baggage inspection systems, security screening checkpoints, waiting areas and gates:

Kennedy added that roadways, parking and rental car areas also need improvement. Here's a peek at that part of the airport's "master plan":

Here is a peek at the airport's overall vision for the "master plan":

But what about the airport's runways?

“We don’t need to add anymore runways," Kennedy said. "We do need to do a lot of work over the next 10 years on that airfield, but we will not need to expand beyond our current boundaries of the airport."

Kennedy said their master plan included thousands of hours with their team, complete with input from stakeholders, citizens and airline partners.

“COVID has had the greatest impact on aviation, our country and the hospitality industry that I have ever experienced in my long career in this industry," Kennedy said.

So what's next? The plan will be submitted to the FAA for review.

We streamed the entire committee meeting, which you can watch in the player below:

Back in March, 3News’ Mark Naymik reported the city was expected to soon release its long-term plans for remaking Cleveland Hopkins International Airport. The plan features major changes, including the options of building a new -- or nearly new -- terminal and concourses phased in throughout 20 years, Naymik reported.

Kennedy previously told Cleveland City Council that the airport must look beyond the COVID-19 pandemic and prepare for some badly needed upgrades.

Editor's note: Video in the player above was originally published on March 1, 2021.

Below is the full agenda for Wednesday's transportation committee meeting:

A public information meeting was also held Wednesday night, which you can watch below: