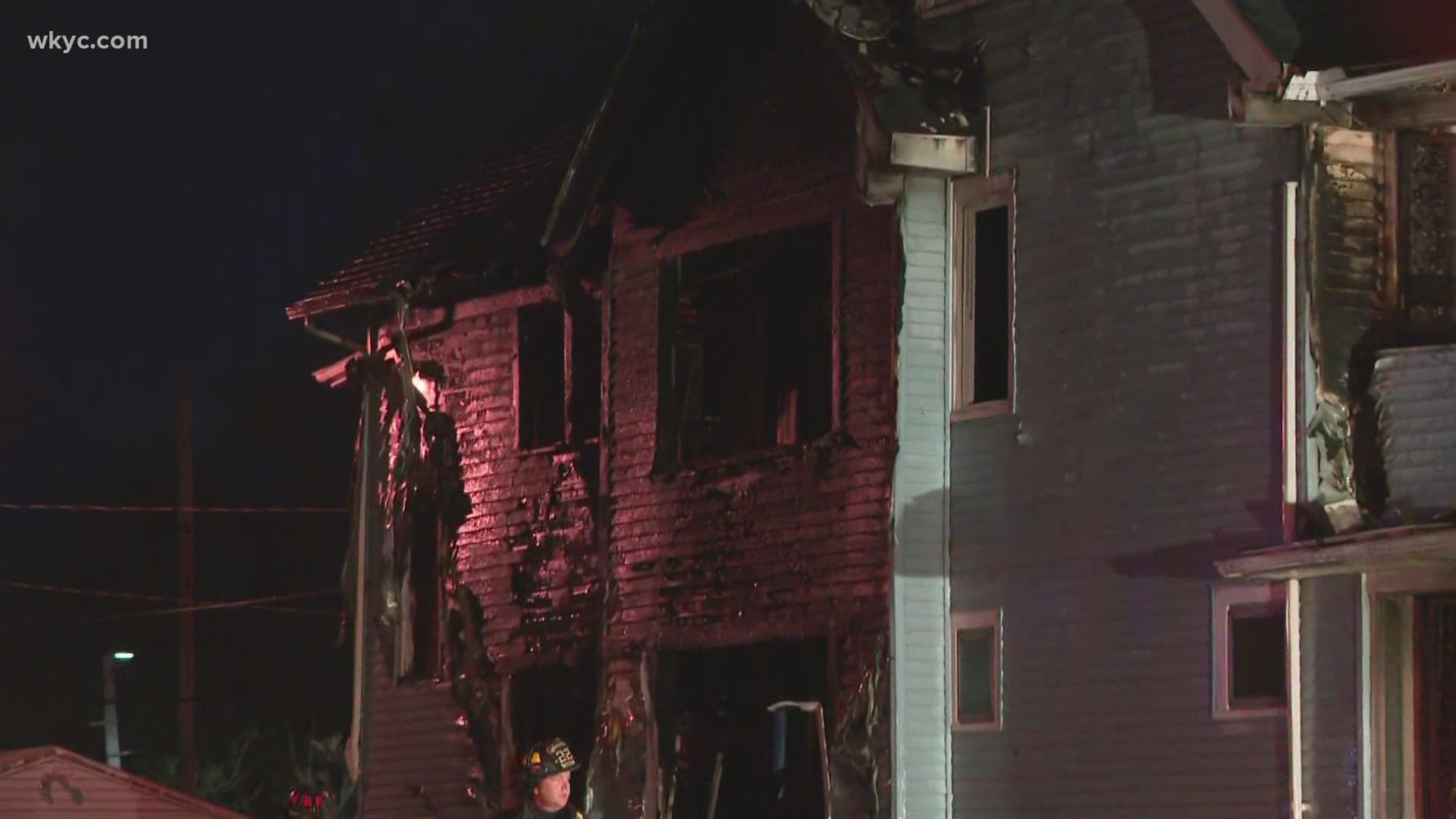 CLEVELAND — Cleveland firefighters are working to secure the scene where a home went up in flames on the city's east side early Tuesday morning. We're told eight people were able to get out of the house safely -- including four children. The Red Cross is assisting those who have been displaced.

The fire started hours before sunrise at a residence on Saywell Avenue near E. 125th Street in Cleveland, but the cause is currently unknown. Officials tell 3News the fire was under control before 6 a.m., but crews remained on the scene.

We streamed live video from the scene Tuesday morning. You can watch the full video in the player below:

Editor's note: Video in the player above was originally published on April 11, 2021.