Several candidates address negative attacks on them during final weeks of campaign. 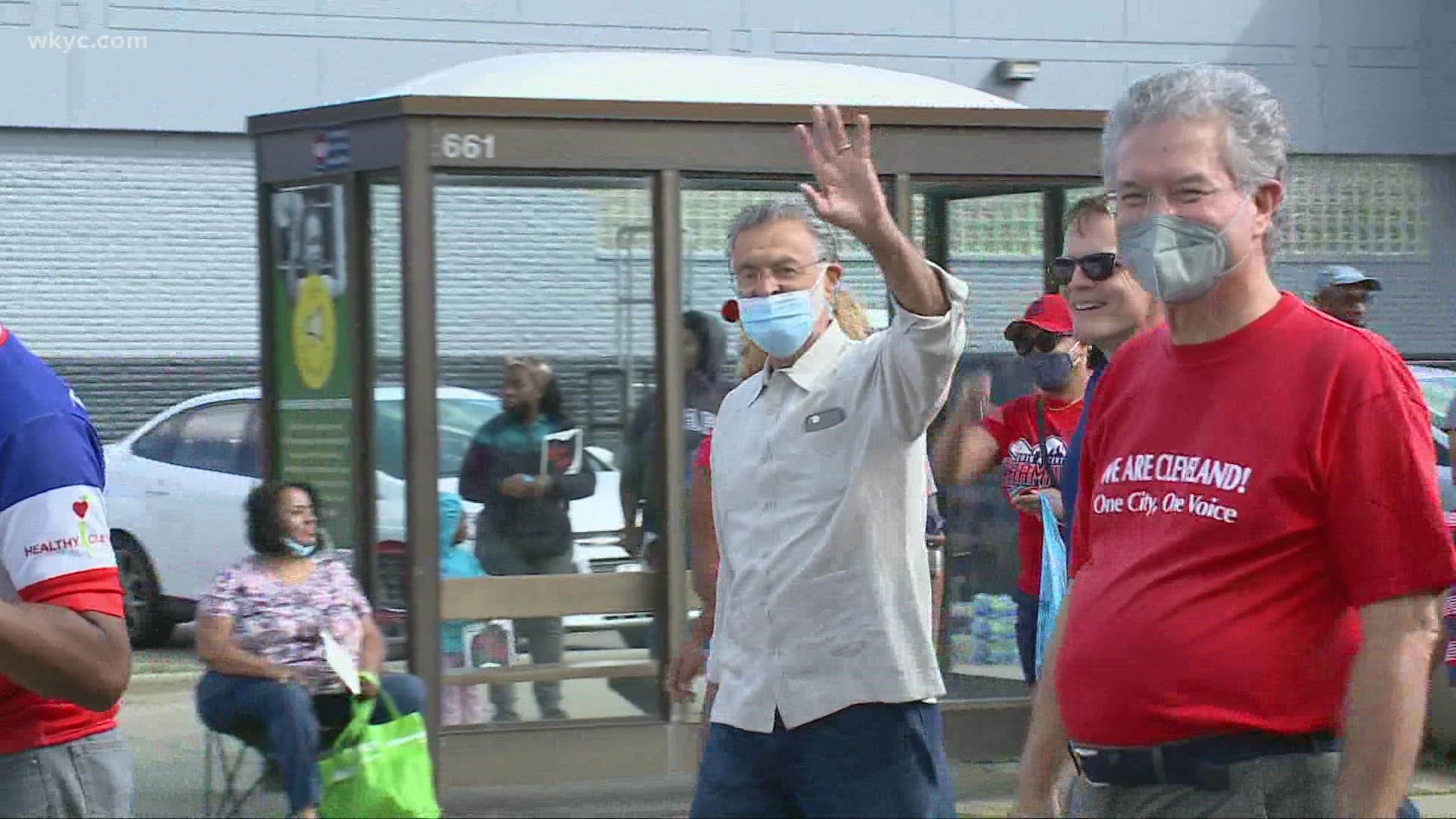 CLEVELAND — Editor's note: Video in the player above features Mark Naymik's reporting from the Labor Day parade. You can watch the full parade in the video player a bit lower in this story.

It’s a tradition in the city of Cleveland – and today marks the 50th annual Labor Day parade for the 11th Congressional District Community Caucus.

The parade, which featured candidates in the Cleveland mayoral race, stepped off at 147th and Kinsman Avenue. The parade route ended at Luke Easter Park.

“Since 1971, the Labor Day Parade and Festival concludes the summer in style, as families, seniors, young people, politicians, performers and members of community organizations join together for a day of fun,” officials said in a press release.

We streamed live video of the parade, which you can watch in the player below:

The event got its start five decades ago by Mayor Carl B. Stokes and his brother, Congressman Louis Stokes. It was then carried on by his successor, Congresswoman Stephanie Tubbs Jones before Congresswoman Marcia Fudge stepped into the role. Fudge now serves in the Biden administration as the Secretary of Housing and Urban Development.

“Due to the pandemic the festival, 11th District Market, Senior Town and Kids Village will not take place at Luke Easter Park,” officials said. “We hope our community appreciates this decision and we hope to have all activities return next year.”

Cleveland Council President Kevin Kelley, one of the front runners in the mayor's race, said he wouldn't miss the event.

“It means everything," he said. "I think it really is great part of the rich history and I’m very happy that Cordell Stokes and many members of the Stokes family are supporting me.”

Non-profit executive Justin Bibb, who is also a contender in the mayor's race, said he has a personal connection to the parade.

“I grew in Mount Pleasant and on the city’s South East Side coming here as a child and to be a top tier candidate for mayor walking this parade is truly a dream come true,” he said.

Campaigning with Justin Bibb was former Cleveland Mayor Michael R. White, who had not appeared in the parade since his day's at City Hall some 20 years ago. Mayor Frank Jackson, who is retiring this year and has endorsed Kelley, walked with Kelley at the start of the event.

Eight days before the primary election, the tight race among front runners has been marked by negative attacks.

“It’s gotten ugly and it’s gotten nastier," former Councilman and candidate Zack Reed said. "Those candidates that feel they got to catch up and don’t feel the issues are enough.”

Literature mailed to voters accuse Dennis Kucinich of mismanaging the city during his two-year tenure that included the city falling into default.

“So, no matter who is putting the money in, I can’t be bought I can’t be controlled," Kucinich said at the start of the parade. "I belong to the people of Cleveland.”

Bibb is coming under fire for missing meetings when he was a member of the Regional Transit Authority board, and for an unpaid debt to a landlord that's since been cleared up.

“They are distorting the truth and these pieces are racist and mischaracterizing my commitment and dedication to this community," Bibb said.

Kelley is benefitting from separate groups attacking his opponents and has received some criticism himself.

“I’m running my campaign and that’s all I can take care of and control," he said. "There are outside groups and PACs attacking me and I’m not letting that bother me either.”

Voters along the parade route said they are focused on the candidates’ plans to combat violence.

“My concerns is basically the neighborhoods," said Wendy Martemus, a Cleveland resident. "My son was coming home a few years a go from the rapid and got jumped. And I went to the police station and didn’t’ get the response I wanted.”