The past weekend saw 10 separate shooting incidents and six homicides. A Cleveland police officer was wounded in one of the incidents. 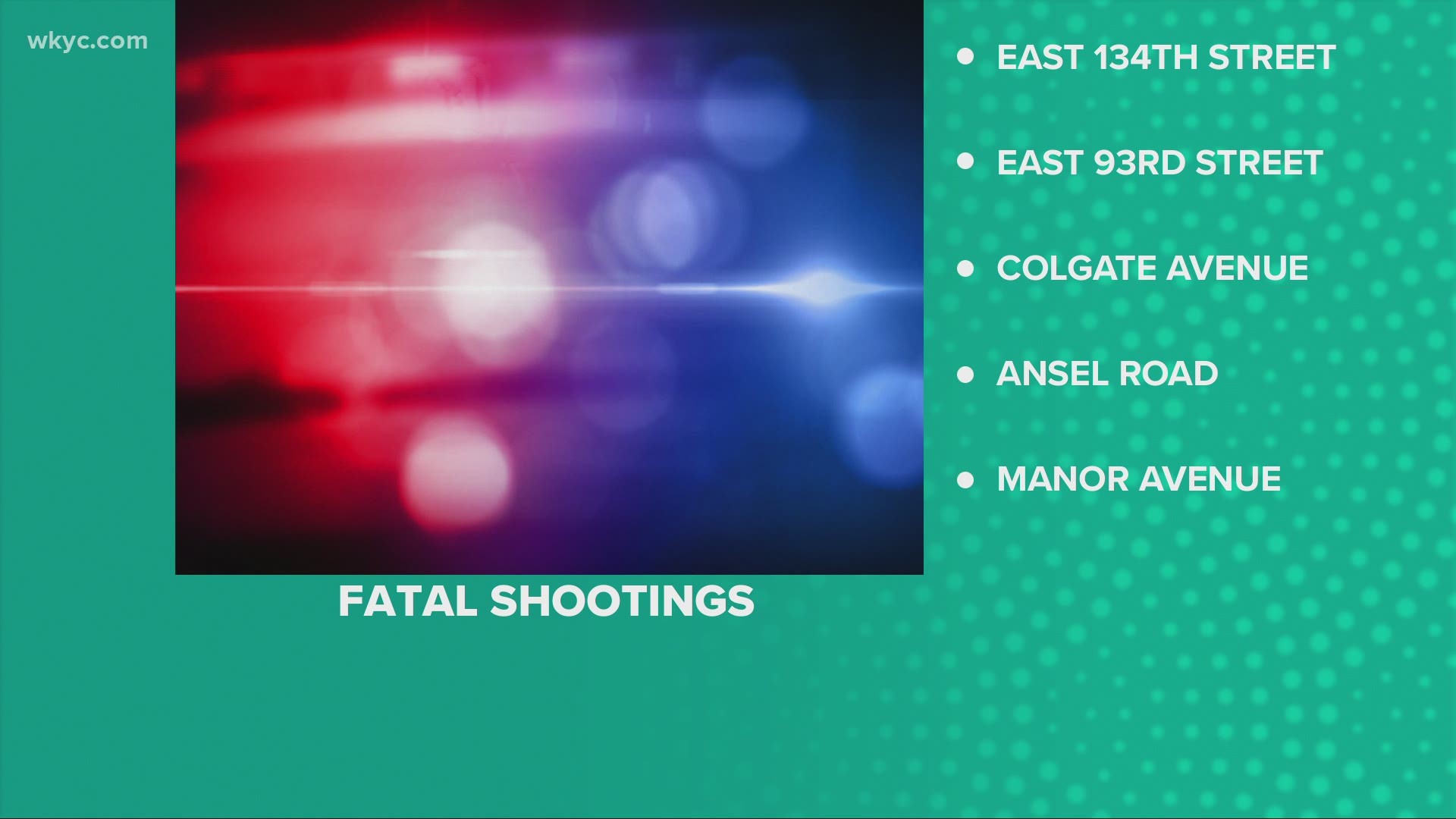 CLEVELAND — After a weekend that produced ten shooting incidents in the city, including six new homicides, Cleveland Mayor Frank Jackson issued a statement in response on Monday night.

Among the shootings over the weekend was an incident involving an 18-year-old being fatally shot by a CMHA officer on Friday. Also, a Cleveland police officer was wounded in the arm in Slavic Village during the early morning hours of Sunday.

Below is the statement attributed to Mayor Jackson, Police Chief Calvin Williams, and Director of Public Safety Kerrie Howard:

"This past weekend in Cleveland was especially violent as detectives are now investigating 10 new shooting incidents. These incidents resulted in six new homicides and a Cleveland Police officer shot in the line of duty while checking the well-being of residents where a home alarm was activated.

Detectives are also investigating an officer involved shooting incident involving members of the Cuyahoga Metropolitan Housing Authority Police Department. These shootings occurred between Friday, Nov. 13, 2020 and Sunday, Nov. 15, 2020. Included in the homicide investigations is the death of Katie Brown, age 83, who was tragically murdered in a drive-by shooting while inside of her own home on Manor Avenue on the city’s southeast side.

The City of Cleveland and urban areas across the United States have been severely affected by skyrocketing violent crime statistics including shootings and homicides. While many of the cases can be traced to incidents of drug and gang activity, the exact cause of the drastic increase is unknown. Investigators continue to work hard every day to solve cases while policing in unprecedented circumstances in times where situations and resources change rapidly due to the COVID-19 pandemic. Law Enforcement continue to encourage citizens to report criminal activity to police and remind members of the public that they can do so anonymously to Crimestoppers by calling 216-25-CRIME."