A new study shows more than 50% of children in the city are economically distressed, versus the national average of 16%. 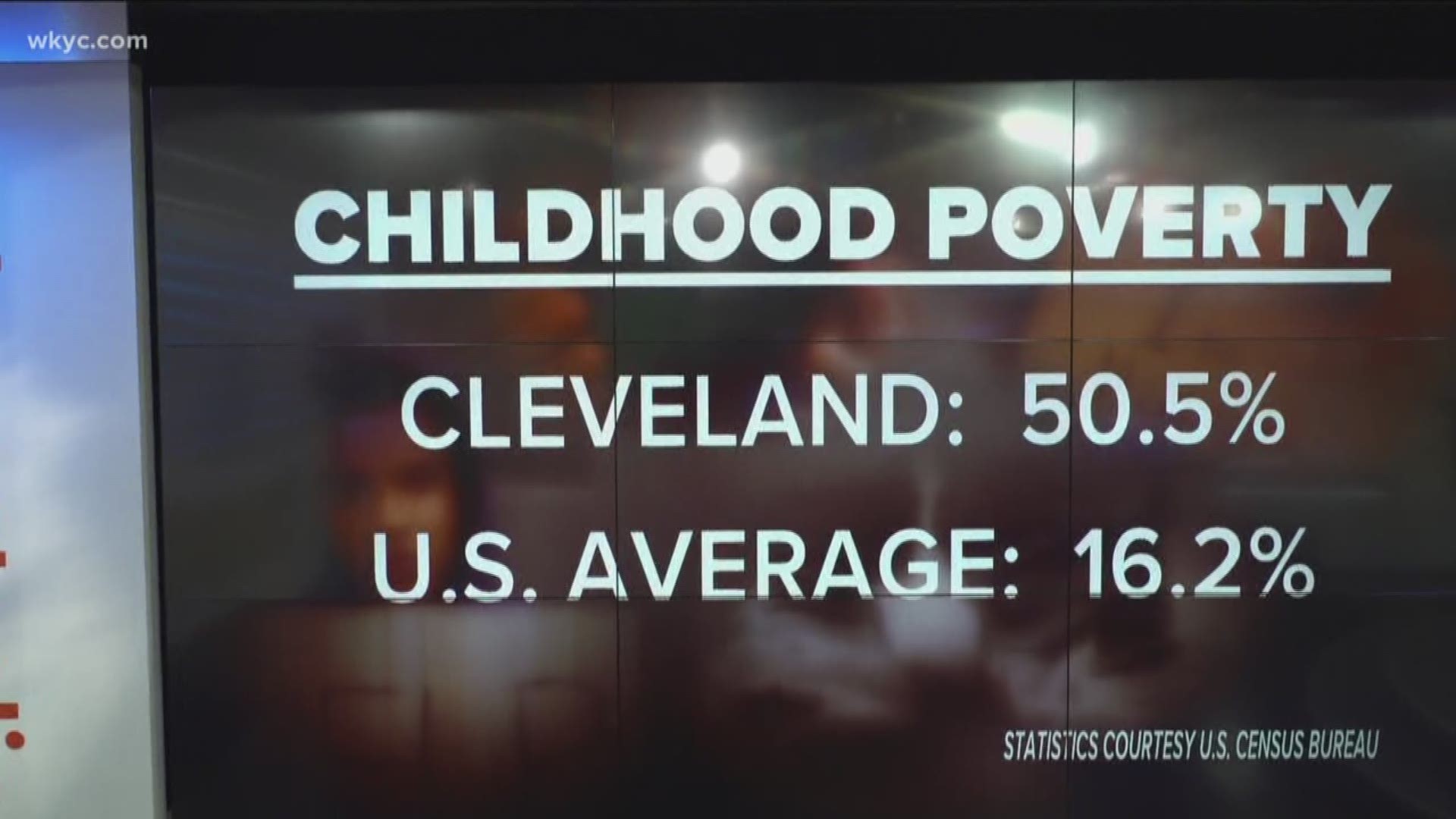 CLEVELAND — You'd think Cleveland was a shining city upon a hill, listening to Mayor Frank Jackson's State of the City address last week.

"The per capita income for greater Clevelanders grew 2.5% over last year, ranking 5th in the nation out of the largest 40 metropolitan areas," he told an audience at the Public Auditorium.

But it seems he may need a refresher course on what's actually going on.

"Cleveland is the worst for child poverty. We are 2nd in poverty for working age adults and we are 3rd in poverty for older adults over 65," says Emily Campbell from the Center for Community Solutions, a Cleveland think tank which focuses on solutions to health, social, and economic issues.

The figures she‘s quoting come from a study by the Center for Children in Poverty, which analyzed the latest census data.

It’s something that comes as no surprise to working parents.

"We work 40 hours a week, sometimes more, and still can't make ends meet," says Artheta Peters, a parent and home care worker who led the battle to increase the minimum wage in Ohio.

The statistics are grim, but Zach Schiller of Policy Matters Ohio, a non-profit advocacy group, says we can change that.

"There are a whole number of public policies that we can take that will address this now,” he told us.

First, he says, we need to raise the minimum wage even higher. "6 out of the 10 biggest occupations in the Cleveland area pay so little, that someone working full time with a family of three would be eligible for food assistance," he told us.

And that’s why he also says Cleveland needs to make more people eligible for subsidized childcare so they can work outside the home.

But even if their kids are cared for, he adds, we need a better public transportation system so people can get to those jobs.

"Our public transportation system is inadequate. We have among the lowest support for public transit. It's down at the level of like South Dakota," he says.

Couple that with the city's failing school system, which recently received a D from the state in how well we prepare our kids for success, this cycle could continue if we don’t make changes.

The Cleveland Foundation is tackling that issue. Just this week it announced its largest grant in history to support education in Cleveland with $40 million dollars.

So Schiller says, we can fix this. It just depends on how far our state and city are willing to go to end this crisis.

"It isn't like this is just fate you know. That it's just ‘oh gee, we have to have half the kids in Cleveland living in poverty.' That's unacceptable. We need to take steps to reverse it," he says.

Another shocking issue according to Schiller, is that there are only 6 people in the entire state that make sure employees are getting paid for the hours they work. So there are people out there getting shorted on paychecks that are already nominal, which contributes to this poverty issue.

RELATED: Cleveland crime trending up: Which offenses are leading the trend?