Jackson did address recent questions about members of his family during his remarks at Cleveland's Public Auditorium. 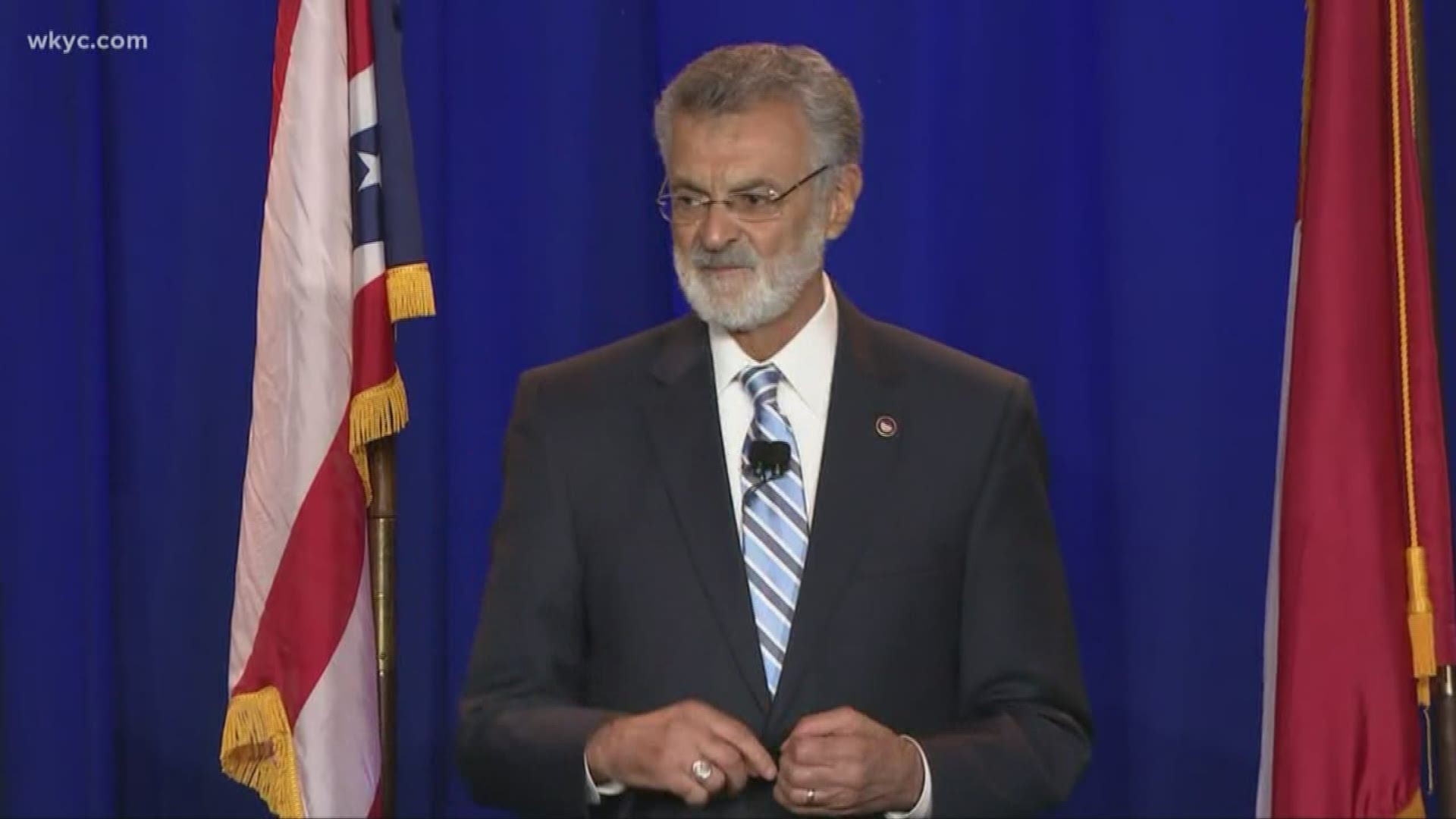 Jackson began the address by mentioning the controversy that has embroiled members of his family. "Before we get started, I want to clarify a few things for you," Jackson stated. "I know you've heard a lot about me and my family. Let me be clear: My family is my family. I do not apologize to anyone about my family. Just like you love yours, I love mine."

Jackson has had a tumultuous year as his family has made headlines amid accusations of crime and wrongdoing. His 16-year-old great-grandson was recently accused of participating in gang activity, while his 22-year-old grandson was charged for allegedly beating up a woman in June.

Mayor Jackson issued a statement about his grandson's arrest in a video posted to the city of Cleveland's YouTube page, in which he answered a series of questions from an off-camera person.

"Neither I or anyone associated with me interfered in any investigation or determining any charges in regards to any member of my family,” Mayor Jackson declared in the video. “You can choose to believe the media, or you can believe me. That is your choice.”

Jackson's grandson has pleaded not guilty to the assault charges.

Homicide detectives also showed up at Jackson's home in August during the murder investigation of 30-year-old Anthony Parra, who was shot and killed outside the First Class Barber Shop at W. 51st Street and Clark Avenue. Investigators questioned a juvenile who was at the home, and later released him to his parents.

RELATED: Attorney for Cleveland Mayor Frank Jackson's grandson denies he had any involvement in homicide that led police to his home

Jackson also took on inequality in the city during his approximately 30-minute speech.

“If all of the growth and prosperity gained by this city, does not translate into the well-being of the citizens of Cleveland, then it means nothing to me,” said Jackson. “That is the context of this State of the City.”

Jackson's speech emphasized advancing the growth of the city's neighborhoods. “If institutionalized inequity and disparity is the source of wealth and power for some, do we have the will to change it?” said Mayor Jackson. “We have to be innovative in our thinking, productively disruptive in what we do and accept that what we used to call success such as economic growth, and prosperity, education, neighborhood development as well as innovation and technology are just tools; tools that are necessary and essential to create a sustainable future, but they are only tools. Only when we accept this can we as a city be positioned for a sustainable future.”

Meanwhile, the city and police division made an urgent plea to citizens earlier this week, asking them to come forward with information on violent crimes.

“We’re calling on the public, particularly our young people, to abandon the code of silence that we have in our community, this ‘no snitch’ rule,” Councilman Kevin Bishop said on the steps of City Hall. “We are urging you to come forward with any information or any tips you have about these crimes.”

Their message came amid recent crimes in the city – including the death of a 6-year-old girl who was killed in a shooting last weekend in the 1300 block of E. 171st Street.

Jackson launched a new phase of his "Safe Smart CLE" initiative in July as the city began its installation of 61,000 new LED streetlights throughout the city. The streetlights, which will be installed over an 18-month period, combine cost-saving and energy-efficient LED streetlights with smart camera technology at a cost of $35 million dollars.