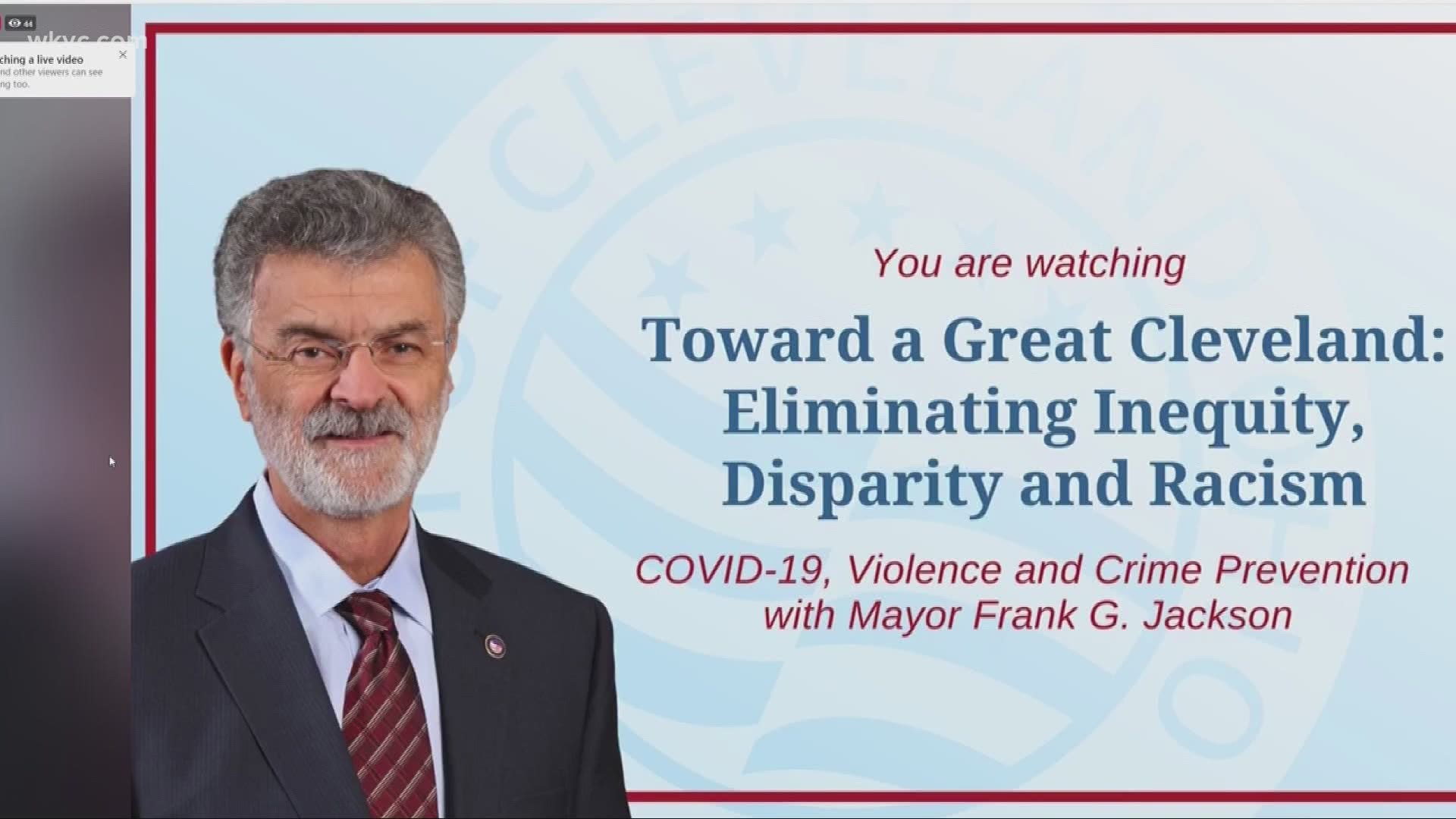 CLEVELAND — In his monthly telephone town hall meeting, also streamed live on Facebook, Cleveland Mayor Frank Jackson planned to address COVID-19 and crime. However the conversation was dominated by the city's mask mandate.

"It's the older people dying," said longtime resident Gloria. "These young people aren't taking it seriously, and I'm scared," she told the mayor.

The mayor's mask order went into effect July 3, and requires people to wear face coverings while indoors in public spaces, on public transportation, in taxis and ride-sharing vehicles, as well as outdoors when social distancing is not possible.

"We have to take drastic action, because the voluntary stuff that people have relied on, is not working," said Jackson.

The mayor said Cuyahoga County is fast approaching the Ohio's highest level in its color-coded alert system, which is purple level 4, indicating severe exposure and spread of coronavirus. Jackson said there are more than 9,000 cases of Covid-19 in the county, and one third of the cases are in the city of Cleveland. He cited the biggest increase among people ages 20-29, as one of the reasons why he is vowing to crack down on bars and restaurants that are violating mask mandates and social distancing rules.

"We will be enforcing this strategically, and not chasing our tails," he said. Cleveland City Council is expected to pass legislation Wednesday, to allow for penalties for mask violations. Under consideration is a $25 fine for citizens, and $250 fine for businesses whose employees are not wearing masks.

As for the current calls to defund the police, which have been the rallying cries at nationwide protests against racial injustice, Jackson made his position clear: "We need the police," he said, and expressed his intent to spend more on policing, by adding more uniformed officers to the streets, and better technology. However, he called for more community engagement.

"Nothing helps us out with drug activity and violent crime more than citizens," said Cleveland Police Chief Calvin Williams.

On several occasions during the town hall, Jackson urged citizens to report Covid-related violations and other concerns, by calling the mayor's action line: (216) 664-2900, and leaving a message. But when 3News called the number Tuesday night, an automated recording said the voicemail box was full, and to try again later. The call was automatically disconnected.

RELATED: Cuyahoga County Executive Armond Budish: Violation of mask order could be punishable by up to 90 days in jail

RELATED: As Cuyahoga County approaches the highest COVID-19 level in Ohio, could another shutdown be coming?