Voters will elect the city's next mayor in November. 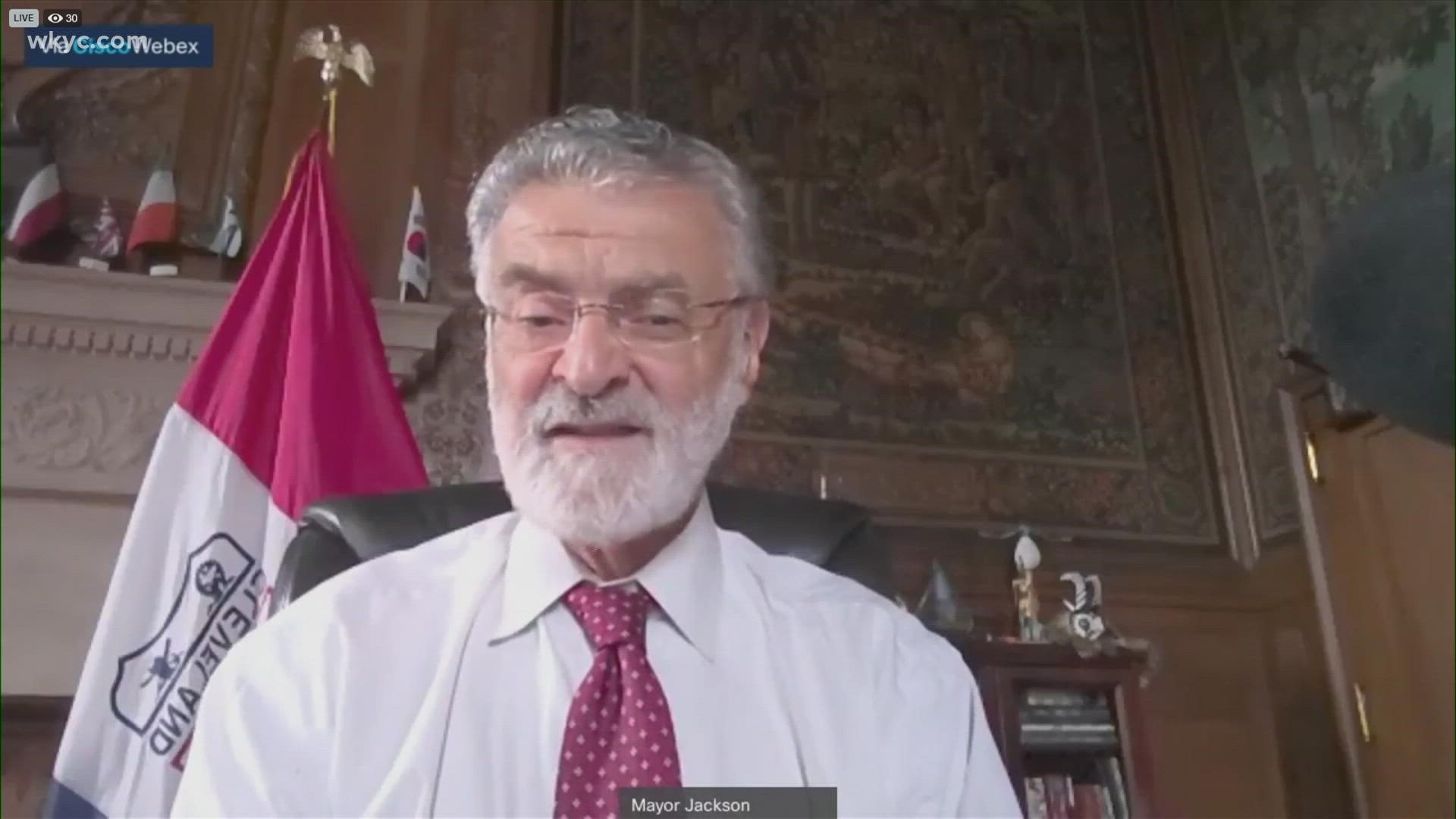 CLEVELAND — Fresh off his final State of the City address, Cleveland Mayor Frank Jackson took questions from the media about his speech during a virtual event on Friday morning.

Jackson's last State of the City came months after announcing in May that he was not seeking reelection following his four terms as Cleveland's mayor.

When asked about what he thought his legacy would be as mayor, the 75-year-old said he was still focused on his task at hand.

"I really don't worry about that (legacy), to be honest with you," Jackson said. "I guess once I get out of the day-to-day stuff and really retire, then it would probably be a better question. Right now I just am continuing to work, doing what I do, and my focus is on passing the baton to whomever the next mayor is so they have an opportunity to be successful."

Many of the questions for Jackson centered around the city's plans to address the ongoing problem of violent crime. He was also asked for his thoughts on Issue 24, a proposed amendment to the city’s charter that will appear on next month's ballot. Issue 24 would shift oversight of the police department – including policy and discipline of officers - to a civilian-led board and commission.

Issue 24 has become what 3News' Mark Naymik termed as a 'fault line on policing' between Cleveland mayoral candidates Justin Bibb and Kevin Kelley. Kelley is against it. Bibb backs it.

Jackson has already endorsed Kelley, the current Cleveland City Council president, to be his successor in the mayor's office.

Cleveland's current mayor was asked what advice he would give his successor about dealing with the problem of homicides and gun violence. He seemed to take a jab at Bibb's stance on Issue 24 in the process. "Don't be naive. It's just that simple. This is serious business. Being academic and theoretical about this does not work. And if you want to tie the hands of police, then good luck brother," Jackson said.

You can watch Friday's news conference with Mayor Jackson in the player below:

"When I made my announcement that I was not going to run for another term, I said this is a relay, not a sprint," Jackson said during his State of the City remarks. "Meaning no mayor starts and finishes the race. Instead they just run their leg of the race and then pass the baton. This, however, assumes a purpose and a clear direction. For me, that has always been to leave the city better than I found it, position Cleveland for a sustainable future and to move the city down the path of a great city -- one where all share in the prosperity and quality of life."

RELATED: 'We are well positioned for the future': Cleveland Mayor Frank Jackson gives final State of the City address

You can watch Mayor Jackson’s full State of the City address in the player below: