'We are well positioned for the future': Cleveland Mayor Frank Jackson gives final State of the City address

Jackson is retiring after four terms as mayor of Cleveland. He gave his last State of the City address on Thursday inside Cleveland Public Auditorium. 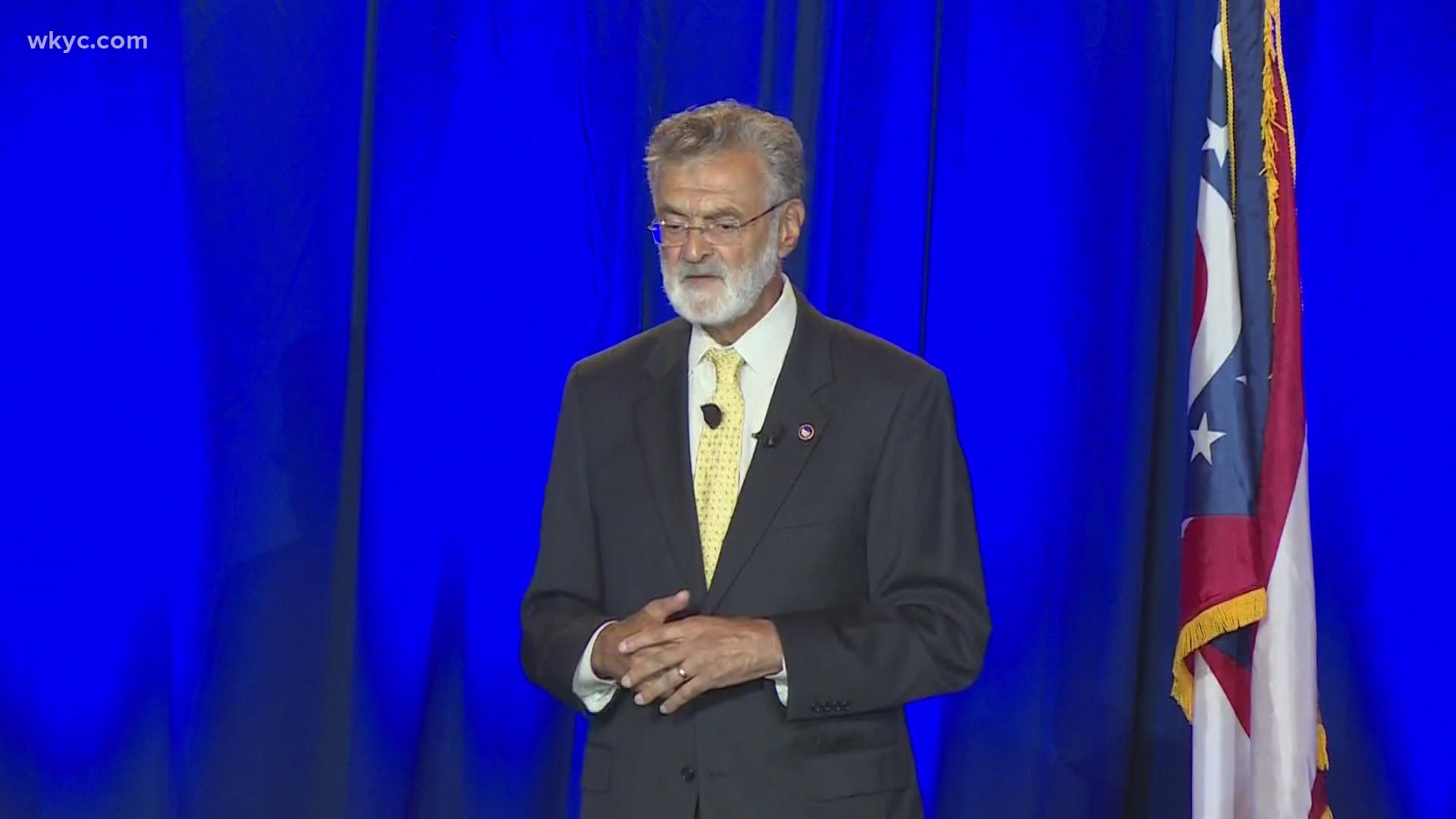 CLEVELAND — As Cleveland Mayor Frank Jackson prepares to exit his longtime role in office, he hosted his final State of the City address on Thursday evening.

"I have ran my leg of this relay," Jackson said during his speech at Cleveland Public Auditorium. "Much has been done, but much more needs to be done."

His final State of the City came months after announcing in May that he was not seeking reelection after four terms as Cleveland's mayor.

"When I made my announcement that I was not going to run for another term, I said this is a relay, not a sprint," explained Jackson. "Meaning no mayor starts and finishes the race. Instead they just run their leg of the race and then pass the baton. This, however, assumes a purpose and a clear direction. For me, that has always been to leave the city better than I found it, position Cleveland for a sustainable future and to move the city down the path of a great city - one where all share in the prosperity and quality of life."

Jackson expressed optimism that the future of the city that he has served as mayor for 16 years is bright. "Yes, we are a successful city. We are well positioned for the future. We have faced and overcome challenges and hard times but all this will change with the next crisis, if not dealt with properly."

Cleveland voters will return to the ballots to decide the city's next mayor in November. The final contenders in the race are Justin Bibb and Kevin Kelley.

Although he did not take any questions immediately after the State of the City, Mayor Jackson will host a virtual post-event at 11 a.m. Friday to speak with the media about his speech.

You can watch Mayor Jackson's final State of the City address in the player below:

RELATED: Cleveland Mayor Frank Jackson tells 3News' Russ Mitchell what's next in his life, offers advice to his successor and reveals what he'll miss most