The alleged incident happened nearly three months ago, although no charges were filed until now. 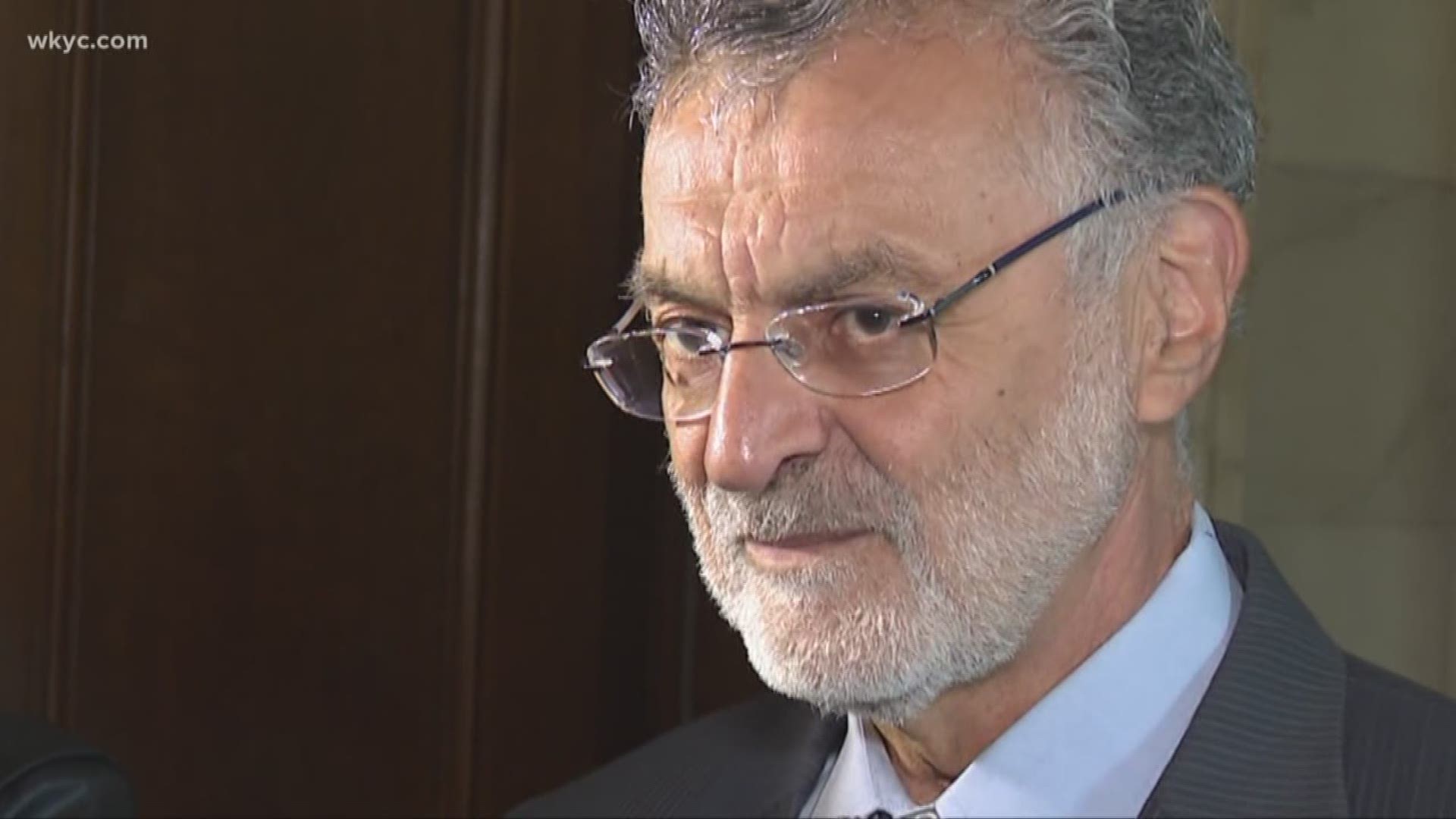 The 22-year-old Jackson faces felony charges of felonious assault, abduction, and failure to comply. If convicted, he could face multiple decades in prison.

The indictment comes nearly three months after the alleged incident. The Cleveland Prosecutor's Office declined to file charges, despite police reports and witness statements that corroborated the assault. The victim, who is an 18-year-old woman, did not want to press charges, according to Cleveland Metropolitan Housing Authority police reports.

"The Grand Jury reviewed the facts of this case and has come to this determination," Cuyahoga County Prosecutor's Office spokesman Ryan Midday said in a statement. "The message is that it is not acceptable to violently abuse women in Cuyahoga County."

Mayor Jackson, for his part, is remaining tight-lipped about the situation, although he said Wednesday he was unaware the city prosecutor's office did not bring charges against his grandson. The mayor refused to discuss his reaction to that news and say if he spoke to his grandson about the incident.

"If there are things I need to discuss with family, that's between me and my family," he said. "How I feel is how and how I think is not a public record." 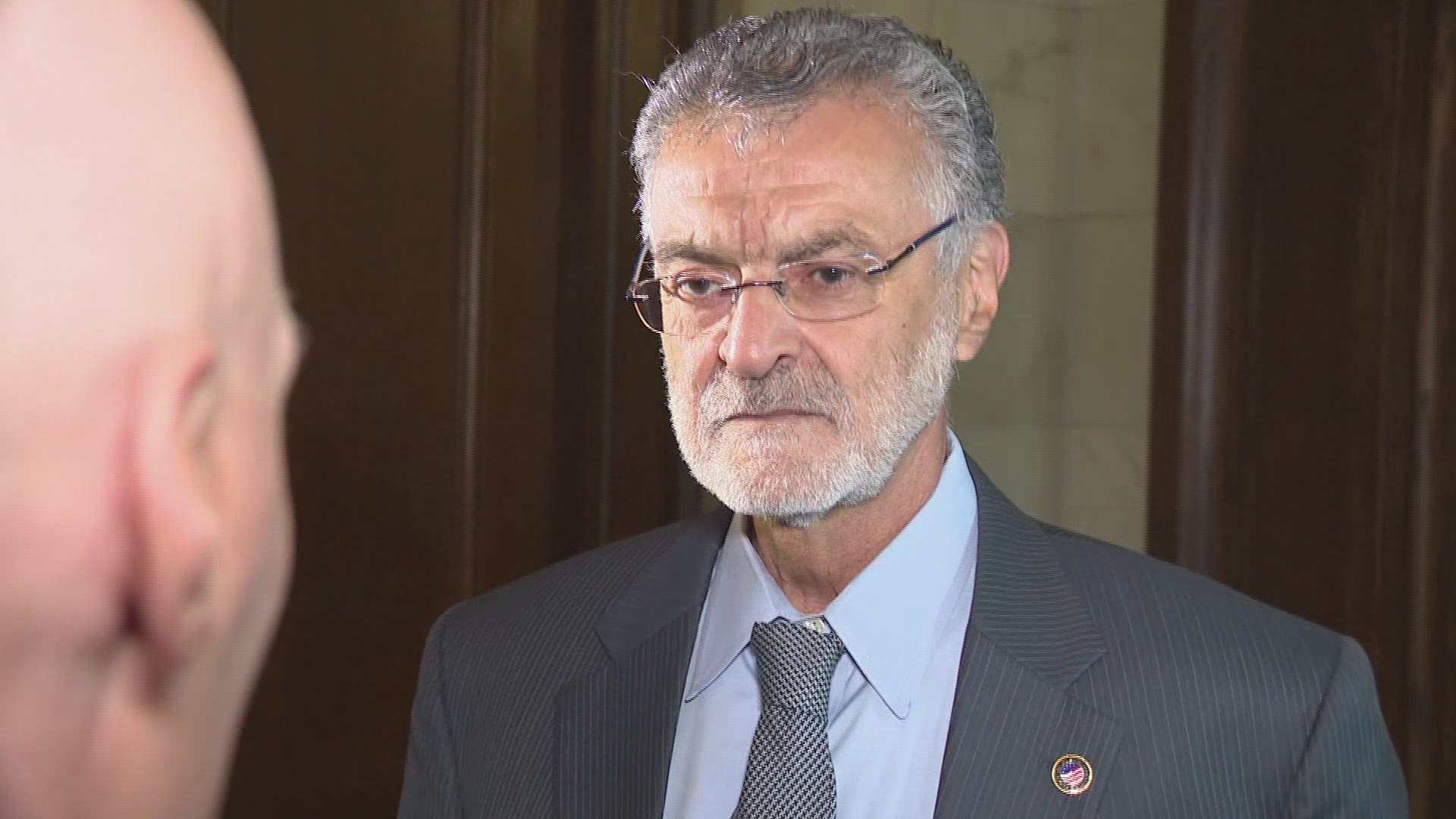 "But in terms of your question about me interfering with things - that does not happen," he said.

CMHA police say the incident occurred on June 10, in the 2000 block of E. 49th Street. The victim reported that she and a friend were sitting in the back seat of a Ford F-150 truck parked outside a gas station. The victim, according to the report, said she asked her friend to buy something from the store. When she left, Jackson, who was sitting in the front passenger seat, then turned around and began punching and strangling the victim, according to the report.

The victim told police she suffers from asthma and felt "as if she was going to pass out during the strangulation," the report states.

The victim's friend said she returned from the store and found Jackson "brutally assaulting" the victim, who was struggling to breathe. The friend said she tried to stop Jackson but he kicked her out of the truck.

When the assault subsided, the victim asked Jackson to drop her and the friend off at a home. Jackson complied but began assaulting the victim again en route. When the group arrived at the home, Jackson allegedly dragged the victim by her hair from the truck, across the grass and onto the sidewalk. The report says Jackson choked the victim and struck her face and body several times with a closed fist.

Jackson returned to the truck to retrieve a metal truck hitch, which he used to strike the victim repeatedly on the knee. The victim grabbed Jackson and began screaming for someone to call police, causing Jackson to flee on foot toward E. 55th Street.

Witness statements completed by the victim's friend and a witness at the scene matched the victim's account of the incident.

As police were talking with the victim and witnesses, the truck returned to the scene, and the involved parties told officers the truck's driver, Jackson, was the assailant. When an officer stepped in front of the truck and ordered Jackson to pull into a nearby parking spot, Jackson put the truck in reverse at a high rate of speed and fled the scene, the report says.

After Jackson fled, the victim became agitated and irate, insisting she was scared to be seen with police officers.

"I want to go inside," the victim told officers, according to the report.

Another vehicle arrived at the scene, which the victim said she immediately identified as Frank Q. Jackson's mother's. Jackson's relatives began to "tour the area" according to the report, causing the victim to become fearful that the family would retaliate once officers left the scene.

The victim refused treatment by a medic though she suffered "multiple injuries," including swelling to her neck and knee, and small lacerations to an elbow and above her left eye, according to the report.

A supplemental CMHA police report says officers later obtained video of Jackson's truck fleeing the scene before a person can be seeing exiting the truck, running into a nearby property.

CMHA police records state that the victim signed a non-prosecution form following an interview with police June 13. Detectives made four attempts to speak with a witness from the scene, all of which were unsuccessful, according to records.

Jackson said Wednesday the victim "needs to follow the process" if she has concerns.

On July 24, records state that the city prosecutor declined to file charges due to the victim's refusal to press charges.

Frank Q. Jackson's name also surfaced last week, when his attorney held a news conference to insist he had no involvement in a deadly shooting that occurred on Cleveland's west side. A truck that was reportedly at the scene of the shooting was towed from Frank G. Jackson's east side home. A juvenile at the home was also questioned and later released to a parent.

One arrest was made the day of the homicide, though authorities have not released that suspect's name.

Frank Q. Jackson pleaded guilty to charges of carrying a concealed weapon and improper handling of a firearm inside a motor vehicle last year. The deal allowed him to potentially have his felony gun charges erased from record and avoid prison time.

Channel 3 asked Jackson for his reaction to a photo, first reported by cleveland.com, that shows a suspected gang member posing with a gun visible in his pants and flashing money -- while standing in the mayor's driveway.

"What happens in my house and my yard isn't anyone's business," he said.