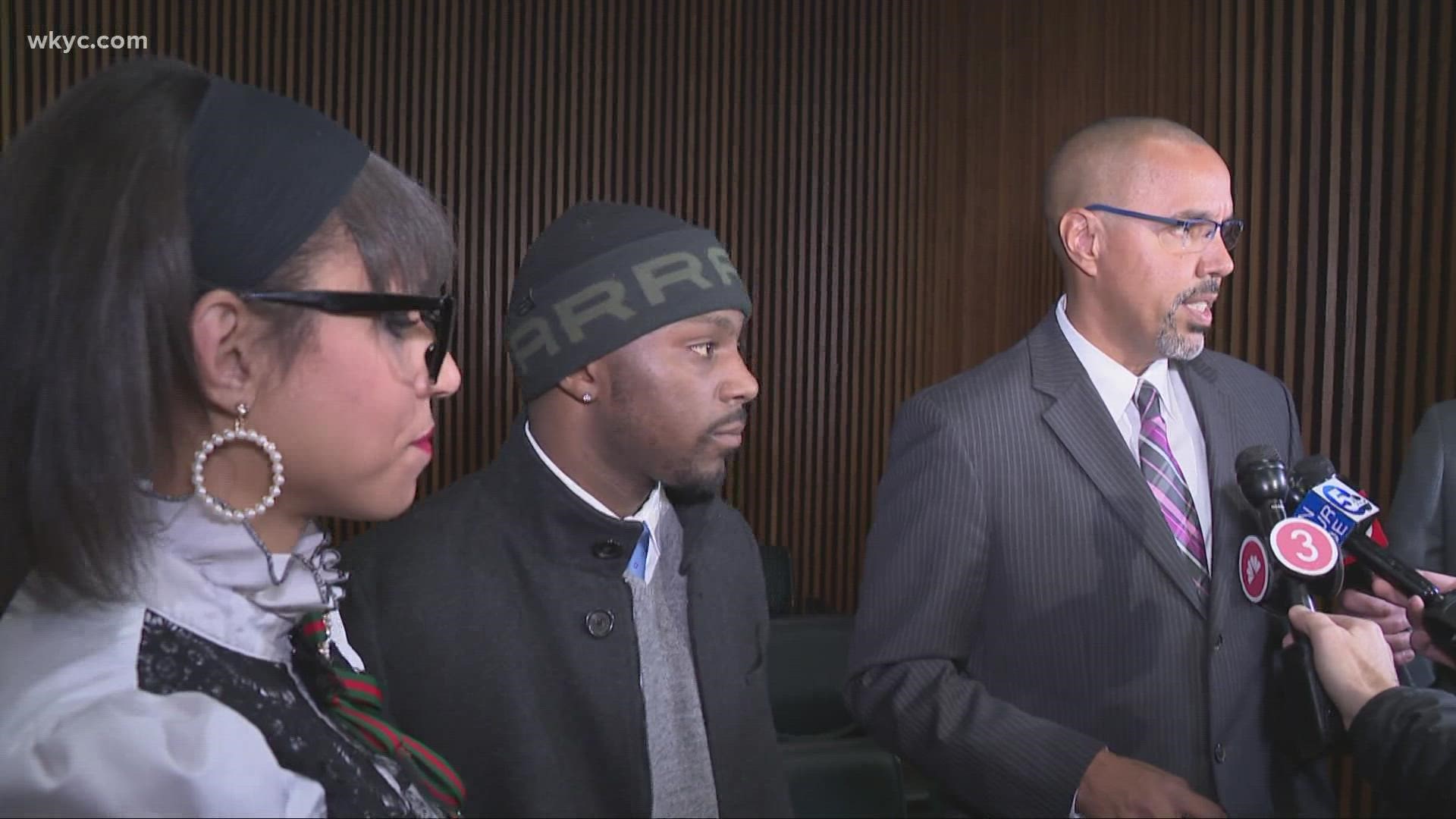 The mayor treated him like a son, raising the younger Jackson under the same roof for most of his life, several people tell 3News.

Frank Q. Jackson was the son of his stepdaughter. The mayor often acted like a parent, attending his high school football games and other school activities.

The mayor also defended his grandson’s interest in dirt bikes. The mayor acknowledged in 2016 that his grandson’s passion for the riding opened his eyes to what is known as the “bike life."

That’s one reason the mayor proposed building a dirt bike track in Cleveland as a way to keep riders off the street and out of trouble. The track was never built.

The mayor never publicly discussed any family members, even his wife.

But the mayor allowed 3News' Mark Naymik to shadow him for a re-election story once. We attended Frank Q. Jackson’s high school football game – a matchup between East Tech and John Hay.

The mayor sat quietly in the back of a courtroom when his grandson was on trial in 2020 for beating his girlfriend. And the mayor didn’t comment when the case ended mid-trial with Frank Q. Jackson pleaded guilty to a lesser charge.

The mayor is intensely private. And he said to have soured on the media over what believed was unfair and invasive coverage of his grandson. Following Frank Q. Jackson’s murder, City Hall has not commented beyond confirming that the 24-year-old was killed.

The incident occurred near the Garden Valley Estates public housing complex on Kinsman Road. A source close to the case tells 3News that Jackson was driven to the east side location by a female acquaintance. As soon as he steped out of the vehicle, the source says, Jackson was shot point blank in the head with two wounds to the temple.