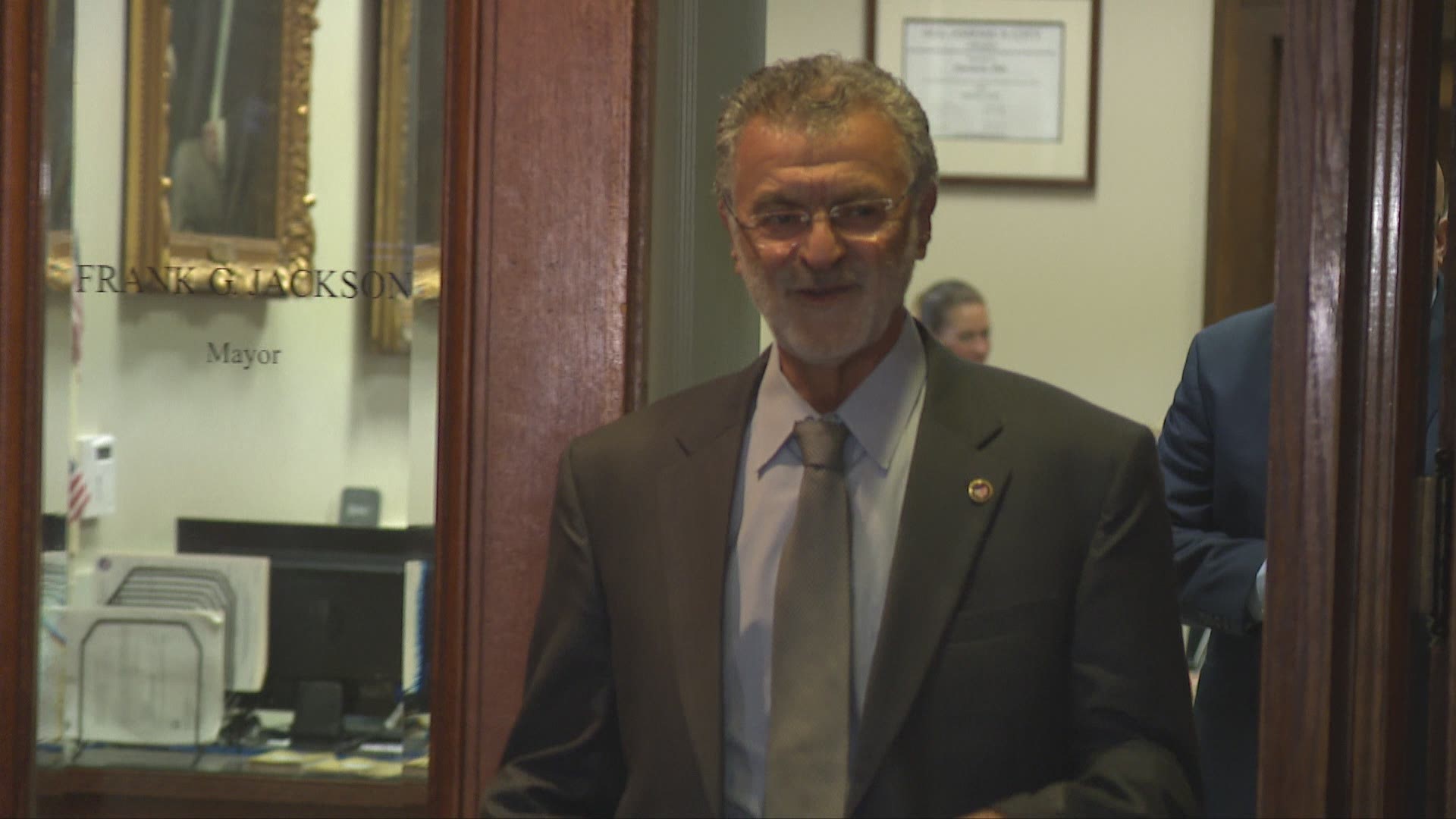 His famous catchphrase best exemplifies his plain-spoken style: “It is what it is.”

He has never worried about being a polished speaker or catering to reporters, a point that was clear in an recently released video of Jackson’s message to the public about media inquiries into his family’s troubles with police.

"You can choose to the believe the media, who makes money off hype and who plays to the ignorance and manipulation of that ignorance for their bottom line, or you can choose to believe me,” he said. “That is your choice."

He struck a similar tone at his recent State of City speech.

"I've earned the right to speak to you tonight without anybody's filter," he said at the beginning.

So, it might surprise some taxpayers that the four-term mayor has been paying a consultant more than $300,000 over the last three years for tips on communicating.

That's in addition to a staff that's paid to help him with that already.

The money goes to a Baltimore-based consultant named Jeffrey Johnson, who has ties to a Cleveland PR firm. He's worked with Fortune 500 companies, politicians and celebrities, including Steve Harvey.

Johnson first advised the mayor on messaging related to the city’s consent decree with the U.S. Justice Department, which detailed police reforms. He also provided advice during the 2016 Republican National Convention and has been on retainer since.

Johnson is paid $8,000 a month, according his invoices. They show little detail.

3News received more than three thousand pages of documents, which are mostly emails, including many duplicates.

But hundreds of pages were redacted. The city says they are not public records.

What emails that were not blacked out were largely about scheduling, billing, the mayor's state of the city speech, or basic media relations. One included  an email I sent to City Hall about about Johnson’s work, which was sent to Johnson. His point person is Jackson’s top aide, Valarie McCall, according to the records.

In a phone interview, Johnson said his work includes helping City Hall's communications staff. He defended the mayor's low-key style, saying the mayor doesn't aim to please people by acting as a "cheerleader.”

The mayor cares more about his work than “reporting on the work,” Johnson insisted.

So why then is the city paying Johnson? When 3News reached out to City Hall, they didn't want to talk about why they're paying so much.

Johnson said the mayor recognizes he has an "obligation" to communicate, and paying an outside consultant is money well spent.

That doesn't sit well with the firefighters' union president Fran Lally, who says the communications contract is a misplaced obligation next to the department's broken-down equipment.

Lally, whose union has been in a contracted battle with the city’s fire chief, has complained to Cleveland City Council about the equipment needs of the department.