The I-X Center's closure was one of several topics that city officials discussed Thursday morning. 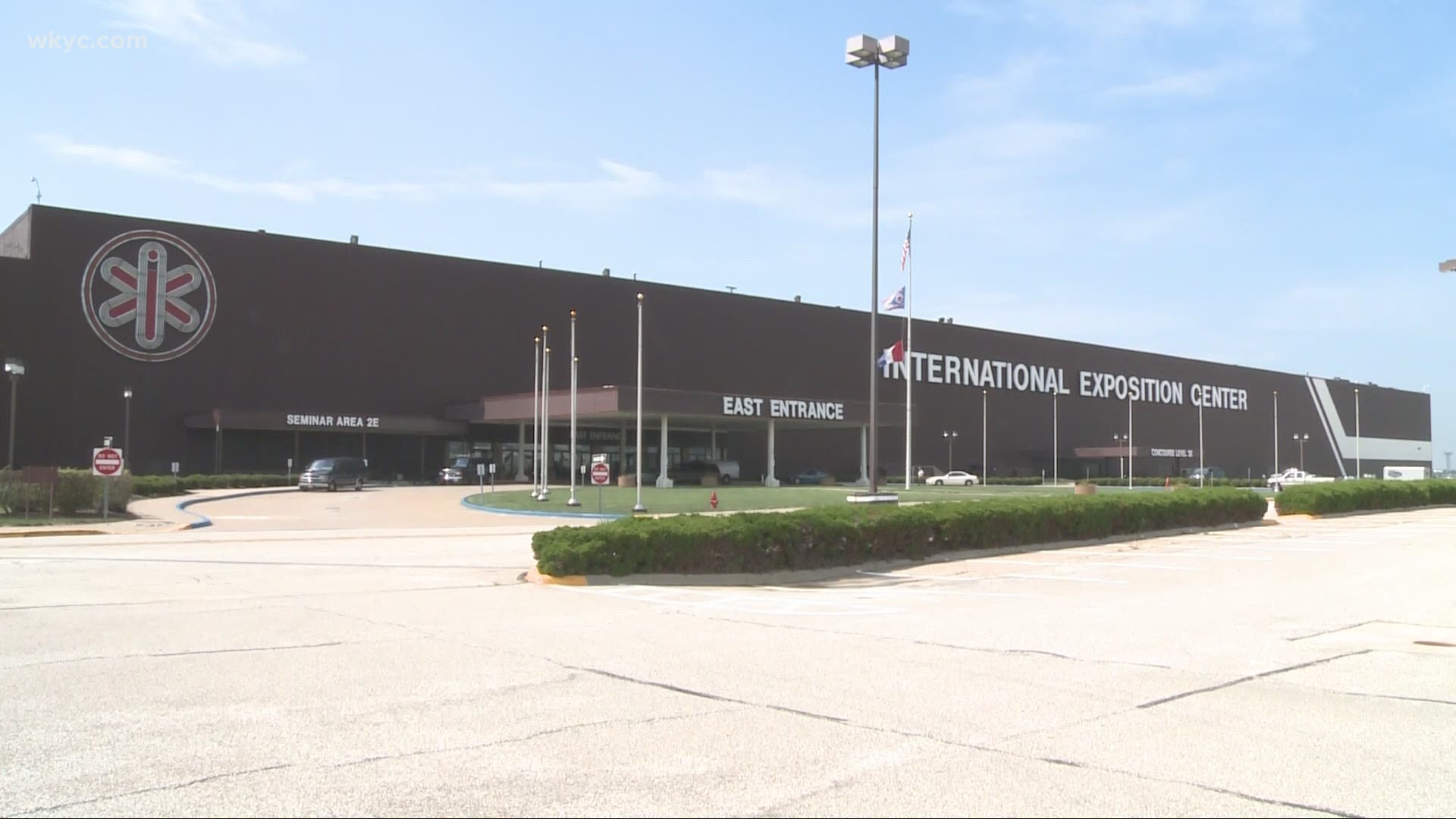 CLEVELAND — Cleveland Mayor Frank Jackson and other city leaders joined together for a virtual press conference Thursday morning in which they addressed a wide variety of topics.

NOTE: We are streaming the press conference live at the top of this story.

Here are highlights of what city leadership discussed...

Mayor Jackson on the future operation plan: “We cannot ensure that the I-X Center will continue to operate in the way in which it has been operating. What we can ensure is that we will do our due diligence to find out what is the highest and best use that is for the greatest benefit to the city of Cleveland.”

We streamed the entire press conference, which you can watch again below:

Mayor Jackson on if the county could be involved: “We don’t know. We own the building, and we will do whatever is best with that building that has the most positive impact on the city of Cleveland. What arrangements will be made for that is yet to be determined. Right now we’re looking at how do we handle the immediacy of the I-X Center not operating, and what are our options in which we have the best use of the building? How that is done and who we are in partnership with will be my decision.”

Chief of Regional Development Edward Rybka on impact: “The lost revenue that we gained from the annual lease payments that the I-X Center Corporation makes to the city, which is over $2 million a year, will be a financial burden that the airport needs to deal with. Obviously the loss of jobs. There are 75 jobs. Those employees will still be paid through Nov. 15, full payment with benefits. But once they lose their jobs there will be loss of payroll tax and income to the city of Cleveland.”

Rybka on lease option: “The I-X Center lease option, the current option, expires at the end of Aug. 2024. … As terms of the current lease, though, it’s still a lease that’s in effect with the city of Cleveland. There are options that we are looking at, but also recognizing that there’s probably a need for us to work to identify a future operator and tenant for that.”

The city released the following statement about the I-X Center on Wednesday:

Mayor Jackson on Cleveland being designated the poorest big city in America after new data was released from the U.S. Census Bureau's American Community Survey: “Poverty is an ongoing situation. I could imagine if you talked about this 100 years ago or 200 years ago, you’d be asking the same question around poverty. The real issue is about how do we ensure that everybody can participate in the quality of life and the prosperity that we create. If we have policies, or we have institutional behavior in place that restricts people from being able to participate in that prosperity and quality of life, you’re going to have poverty. So that is why institutionalized things such as inequities, disparities and racism are major issues that we have to address if we want to eliminate poverty, crime and other kind of negative things that are going on socially in the United States and Cleveland in particular.”

Cleveland Police Chief Calvin Williams on protests / demonstrations: “There is a plan that’s developed for each demonstration that happens. So far we’ve been able to make sure that things go as promised, that people exercise their constitutional rights in a safe way and a peaceful way, and that our neighborhoods, our districts that have these demonstrations, are taken care of.”

Mayor Jackson on if permits have been requested for demonstrations on the presidential debate night: “I don’t know of any as of today, but that’s not surprising to me because people who we are expecting to demonstrate wouldn’t ask for permits anyway. The ones who usually ask for permits are ones who follow the rules and are usually very small in nature, very peaceful in nature. We’re anticipating people demonstrating whether they have a permit or not. It doesn’t matter, so we’re just preparing for that.”

RELATED: President Trump vs. Joe Biden: Guide to the first debate in Cleveland

Chief Williams on how citizens can help stop crime: “What I can put out there is the need for our citizens out there to call when they see things going on, to be involved in the solution. With this pandemic going on, a lot more folks are home. Prior to this, a majority of folks were either away at work, school or some other kind of program or activities, so we really didn’t have all of us kind of compacted together for extended periods of time during the day. We’re seeing that now all over the city. We’re seeing that all over the country. What we try to impress upon our city is to call us. If you see a particular neighborhood, particular street, a group of individuals or a house that’s a problem, call your local district commander. You can call the mayor’s action center at 664-2000. You can call the chief’s office at 623-5005. You can give us that information so our men and women out there can move and act on that information. Our intelligence folks can take a look at the intelligence and put the pieces together to make sure we stamp out a lot of those things that are happening.”

Mayor Jackson on city's plan to address lack of hospitality industry amid the COVID-19 pandemic: “In some sense it will resolve itself once we deal with the pandemic. There will be no economic growth, there will be no economic prosperity, there will be no new form of economic activity around hospitality until we first deal with the pandemic. There will be none, there will not be. Until we deal with this pandemic and deal with it in a way that allows people to begin to move around and return to some form of normalcy, whatever that new form is, then we will be in this same situation. Just like it’s affecting businesses in terms of having to close, it is also affecting the city in terms of revenues that we would receive from those businesses and their employees. … It has a wide range of impact. The key here is addressing the pandemic. As we’re doing that, as it becomes more apparent that people can be freer to move around and we have to determine whatever that new reality is, I believe that Cleveland is a very competitive place and will be able to compete with anybody coming out of this pandemic.”