The officer is a 25-year veteran of the force. 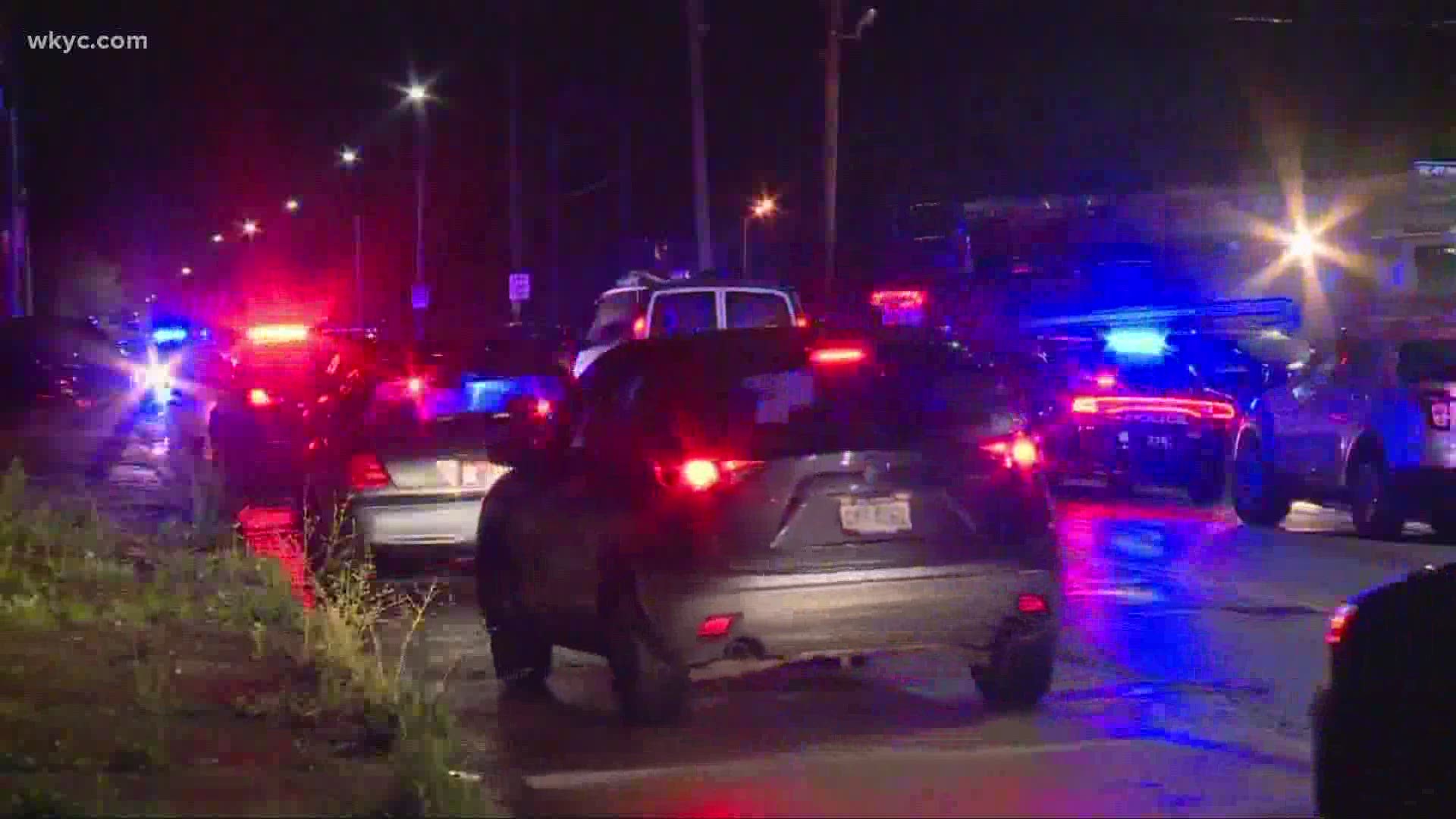 CLEVELAND — A few hours after a Cleveland police officer was shot and killed in the line of duty, Cleveland Mayor Frank Jackson and Police Chief Calvin Williams provided updates on the situation outside MetroHealth Medical Center.

Mayor Jackson provided his condolences, while the chief spoke about the tragedy and the officer.

"Cleveland lost one of its finest tonight in the line of duty," Chief Williams said. “We still have an ongoing investigation. We’re still looking for a suspect or suspects in this case.”

The officer, who is still unnamed at this time, is a 25-year veteran of the department. The incident happened around 10 p.m. in the area of West 65th Street and Storer Avenue. Police said "very little information" is available at this time.

"We definitely need the prayers of the people in this city. This officer was out doing what all police officers do, trying protecting the people of this city and he gave his life. So we ask that you give his family a little room," Chief Williams continued.

He also noted that whoever fired shots is still on the run. He asked for citizens help to report anything seen or heard. The officer is one of two dead from the shooting. Details on the other person killed are unknown at this time.

Anyone with details is asked to call the Cleveland police homicide unit at (216) 623-5464, 911, or report anonymously through CrimeStoppers by calling 216-25-CRIME.

This is a developing story. Stay with 3News for updated information.