Bibb and Kelley are set to face off in the general election on Nov. 2. 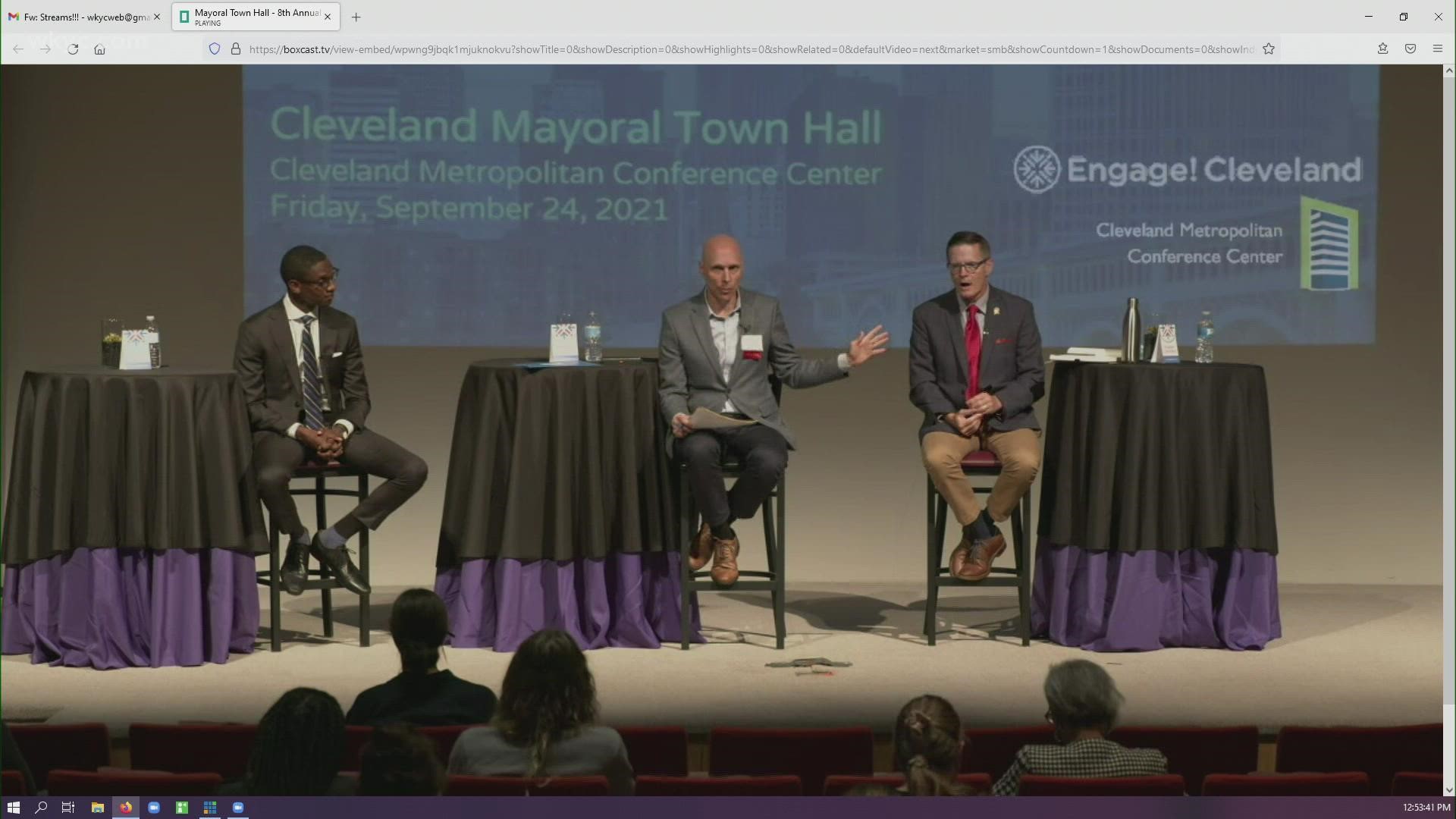 CLEVELAND — With less than two months before voters decide who will become the new mayor of Cleveland, both of the remaining candidates -- Justin Bibb and Kevin Kelley -- participated in a mayoral town hall discussion sponsored by Engage! Cleveland on Friday.

Bibb and Kelley both said that their first priority upon entering City Hall as Cleveland's next mayor would be to deal with public safety and crime issues, although Bibb said he also would seek to have a more modern and responsive administration. Kelley added that he will look to create more opportunities for Clevelanders, including jobs and with broadband access.

Other questions touched on spending federal pandemic funds, closing the digital divide, and access to vaccinations and other health services amid COVID-19.

The two sparred over the city's response to the pandemic in the community, with Bibb questioning why leaders such as Kelley did not go door-to-door to provide essential information to residents.

"It's important that the next mayor truly do a better job of bringing government to the people, day in and day out, beyond just an election cycle," said Bibb.

"We redeployed our recreation center non-essential workers to do exactly that, to go into the community, to knock on doors, to help people figure out how to get a vaccine," Kelley answered. "If you didn't know, I can't help that."

The mayoral town hall came just a few weeks after Bibb and Kelley finished in the top two positions during the mayoral primary earlier this month. Bibb was the top vote-getter overall.

You can watch Friday's town hall in the player below:

"They said we'd have to wait our turn. They said that we were too young and that we weren't experienced enough," Bibb told supporters after his victory. "But by centering our campaign with the people, we shocked the political world."

Kelley, who has been serving as president of Cleveland City Council, said the November general election will be a different kind of race because he’s only facing off against one other candidate instead of seven contenders who were up for election in the primary.