The council president becomes the third major candidate to enter the race. 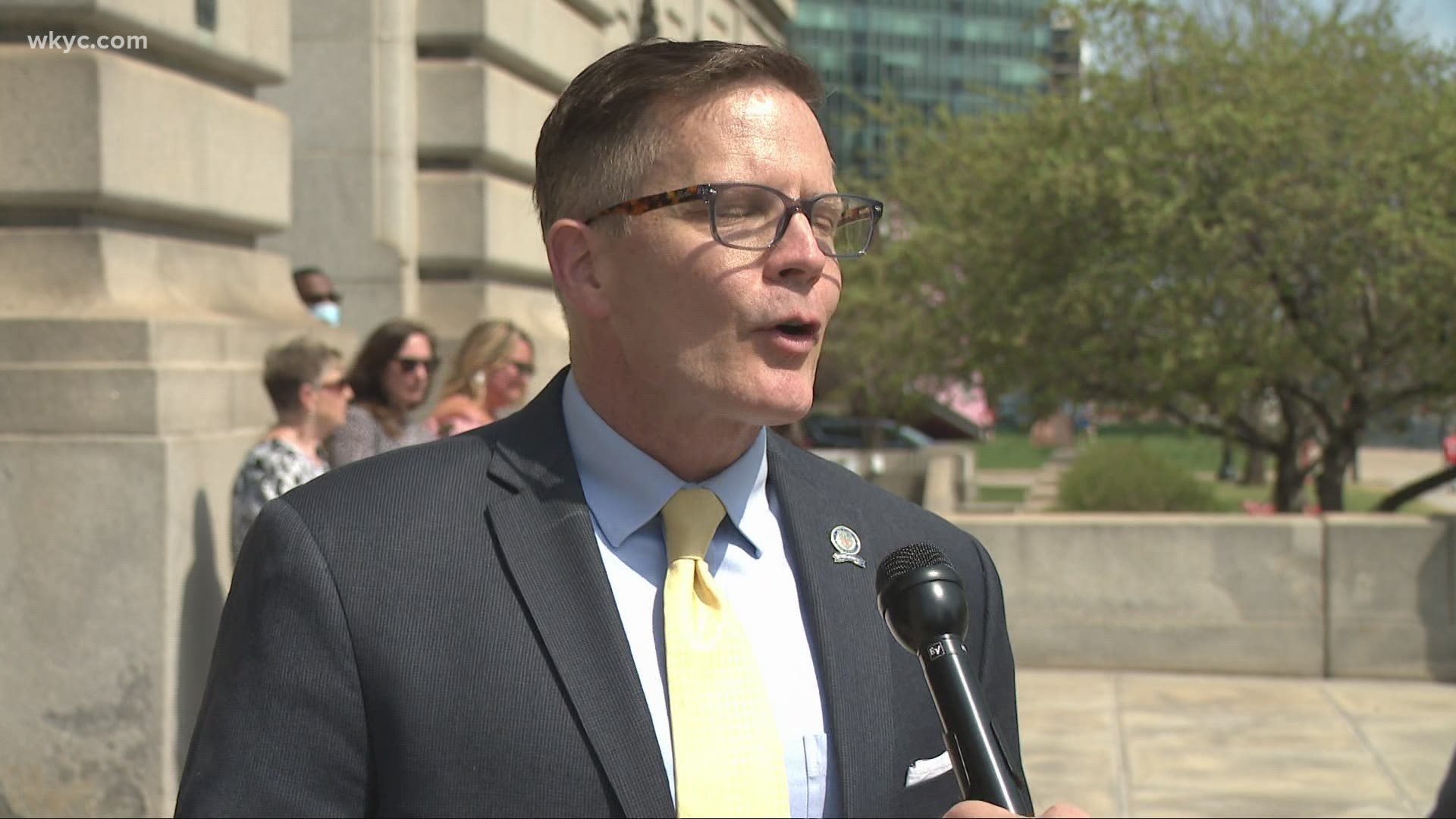 CLEVELAND — After months of raising money and campaigning under the guise of a neighborhood listening tour, Cleveland City Council President Kevin Kelley is a mayoral candidate.

“I happen to believe the 2021 election is the most important municipal election in our lifetime,” he said from the steps of City Hall, acknowledging that candidates often say as much.

Citing the city’s pandemic-related economic losses and other issues, he said the claim holds up.

Among the many issues the mayor faces is battling rising violent crime and decaying city neighborhoods; overseeing the Cleveland public schools; and shoring up stadium financing and guiding downtown development.

Kelley said he will immediately focus on crime by adding police officers, getting the department better equipment and focus even more on community policing. He said that includes possibly reopening neighborhood police stations.

“When you do a foot patrol with officers and you ask how someone is doing, you learn things you might not otherwise,” he said.

Kelley, a former social worker and a lawyer, was elected to council in 2005 to represent several West Side neighborhoods, including Old Brooklyn.

Council president since 2013, Kelley has cut a public image as a partner of Mayor Frank Jackson more than his watchdog. Kelley stood with the mayor on contentious issues, including the public financing of the renovation of the Rocket Mortgage Field House and on resisting a citywide minimum-wage hike.

Kelley said he will not step down from the council presidency during the campaign.

Jackson has not said if plans to seek an unprecedented fifth term. Kelley said he’s running regardless of Jackson’s decision.

Kelley didn’t explicitly criticize Jackson’s tenure, but said the city is not living up to its potential.

Asked about Jackson specifically, Kelley said, “I believe Mayor Jackson was the right mayor at the time but it’s time for a new path forward.”

Kelley’s dawn criticism for council’s light oversight of the administration and several troubled departments, including the utilities department.

But Kelley’s earned a reputation as a quiet and thoughtful official, engaging civic leaders on solutions for helping the poor find legal representation during evictions -- and for trying to close the digital divide.

Today, I am proudly announcing my campaign for Mayor of Cleveland. pic.twitter.com/R4qhkchwfy

Kelley has raised more than a half of million dollars for the race. At the moment, Zack Reed, a former councilman who lost to Jackson in the runoff four years ago, poses the stiffest competition because of his high name recognition.

Justin Bibb, a nonprofit executive, has raised several hundred-thousand-dollars for his campaign, which positions himself as the outsider.

Looming large for Kelley is former Cleveland Mayor and Congressman Dennis Kucinich, who has not formally announced a bid but is raising money for one.

You can see more of Kelley's mayoral announcement from Thursday below: