Seven of the eight candidates on the ballot took part in the June 24 forum. 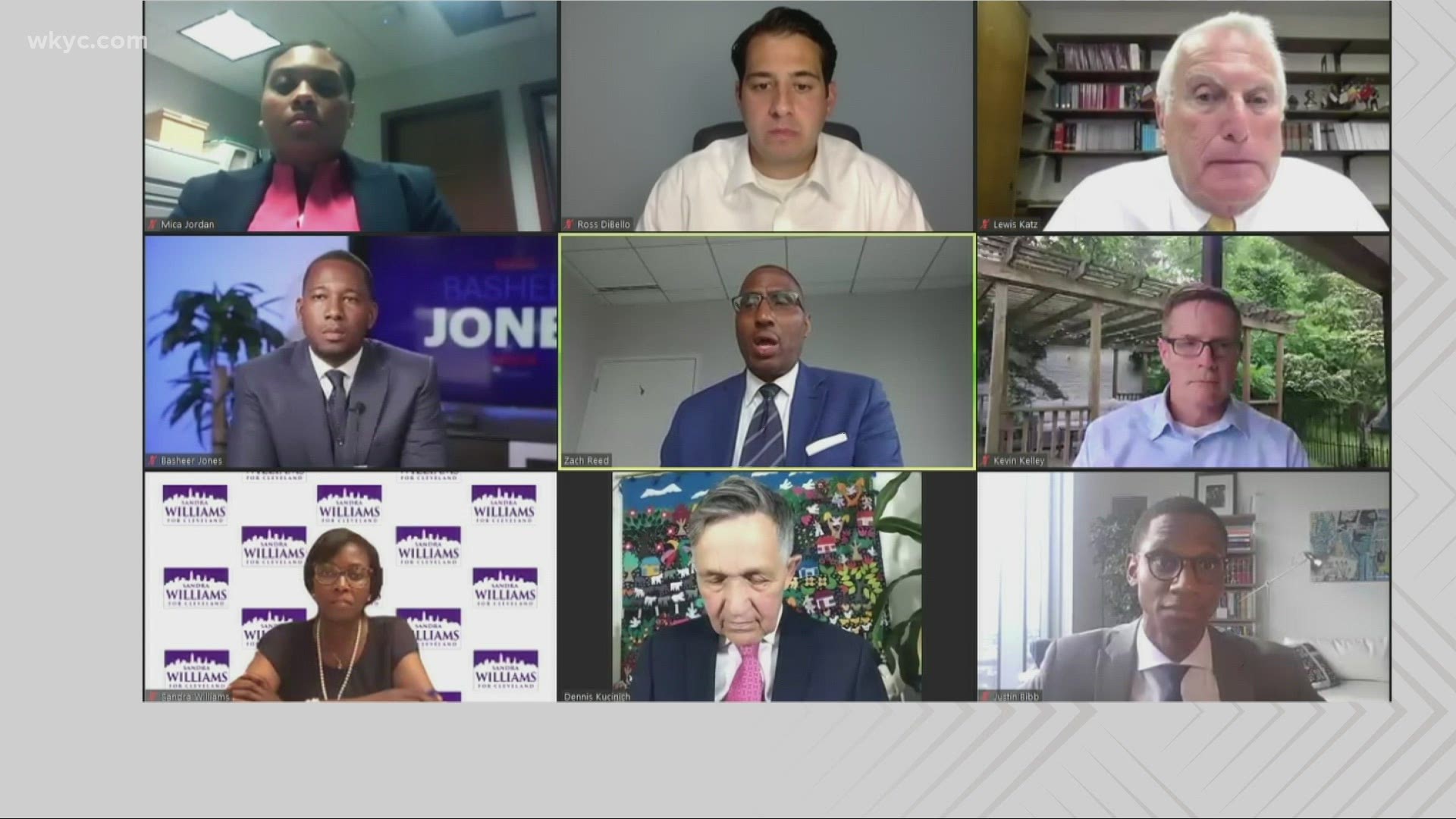 CLEVELAND — Editor's note: The video in the player above is from a story published on June 17, 2021.

A forum for the candidates looking to become Cleveland's next mayor was held on Thursday from 6-8 p.m. at Case Western Reserve University (CWRU).

According to CWRU, all eight candidates who have thrown their hat into the ring for the job were invited to partake in the event, which was focused specifically on police reform. Only seven of the eight candidates showed up for the event; Landry Simmons, the lone GOP candidate and a career police officer, did not take part in the forum.

"In a time when many communities across the country are grappling with the need for police reform, voters want to be informed on local political candidates’ positions on police reform," the event's description reads.

The list of candidates that will appear on the Cleveland mayoral ballot on September 14 can be found below:

According to CWRU's website, the candidates will each be asked how they envision the future of policing in Cleveland, and how, specifically, the Cleveland Division of Police can better serve the city's population.

"They will be asked questions regarding their views on police-community relations, the Consent Decree, how well police reforms are working in Cleveland, and what more they believe should be done," the description states.

You can watch the full forum in the player below:

RELATED: LIST | Candidates who will be on the ballot for 11th Congressional and Cleveland mayoral primary elections