The structure is expected to be completed in 2021. 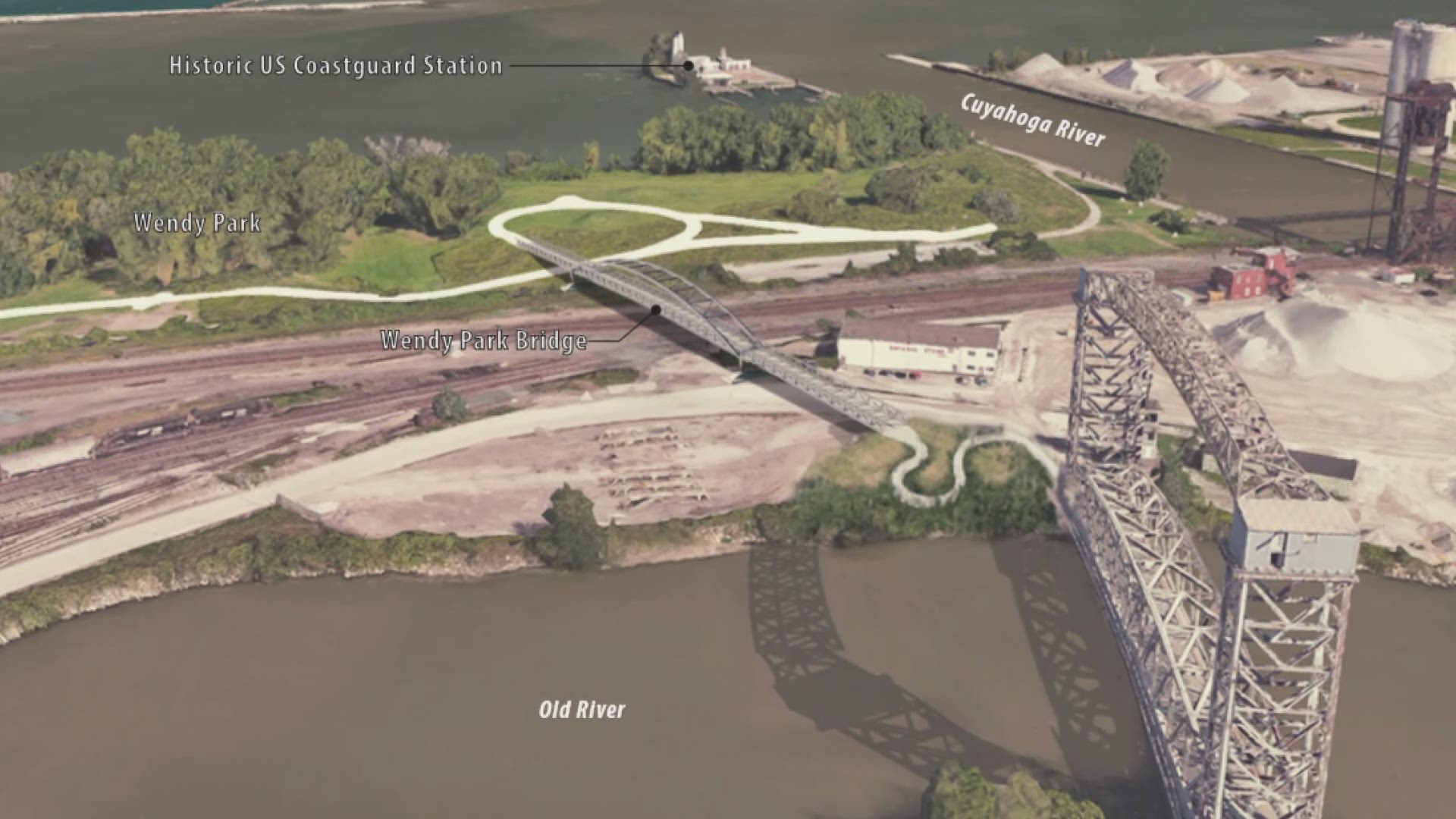 CLEVELAND — The Cleveland Metroparks Board of Commissioners on Thursday officially approved a nearly $6 million contract for construction of a new pedestrian bridge on the lakefront.

The Wendy Park Bridge (a project that has been discussed for years) is expected to be completed by the spring of 2021. The goal of the planned 500-foot structure is to link is to link downtown, the Flats, and the Towpath Trail to Wendy Park and Lake Erie.

The 12-foot-wide bridge will feature paths for both walkers and bikers, and will span over the Norfolk Southern railroad tracks currently separating Wendy Park from the rest of Cleveland. Officials say it will also provide better access to the historic Coast Guard station.

Roughly half the funding for the bridge will come privately through the Wendy Park Bridge Foundation while the rest will come from state of Ohio funds as well as a federal grant. Great Lakes Construction Co. will build the structure.

In addition, the Metroparks also recently awarded contracts to Mark Haynes Construction for the development of two other trails: the Red Line Greenway from the Zone Rec Center to Ohio City, and the Whiskey Island Connection from Wendy Park.