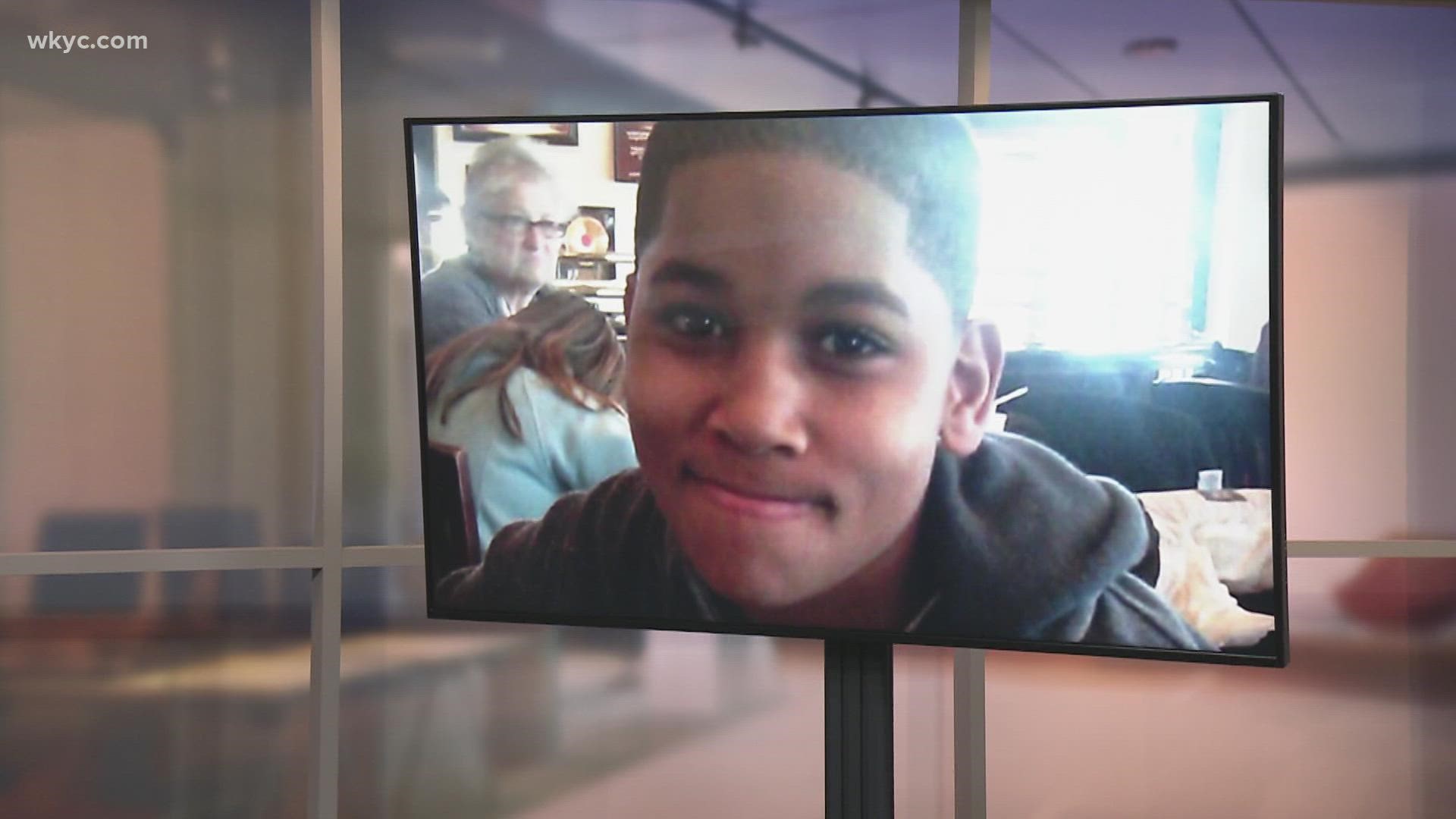 Tamir would have been on track to graduate this spring, but his life was cut short after being fatally shot by a Cleveland police officer in 2014.

The diploma was given to Samaria Rice in the auditorium of CMSD's East Professional Center. This evening's ceremony featureed more than 50 seniors representing 17 CMSD high schools.

"This means everything to me," Samaria said. "I'm about to cry."

12-year-old Tamir Rice was shot by Officer Timothy Loehmann on November 22, 2014 after police received a call about a "guy with a pistol" outside of a Cleveland recreation center. Rice had been playing with a pellet gun and officers said that they did not know that he was a juvenile and that he was playing with a toy before he was fatally shot twice.

"I only have the image of a 12-year-old child," Samaria Rice said. "I don't know what he would’ve looked like as a young adult, a teenager."

In 2015, an Ohio grand jury declined to charge Loehmann. He was fired in 2016 after an investigation showed that he lied on his application to become a police officer. Earlier this year, an appeals court upheld Loehmann's firing and the Ohio Supreme Court later declined to take his appeal. No member of the Cleveland Division of Police was ever charged as a result of Rice's death.

Samaria said her son may not have been on the stage, but he was still there in spirit.

"I just felt my son’s presence and it was a good feeling," she said, adding she herself was unable to earn her high school diploma. "It would've meant what he was going to do next in life, right?"

In a commencement speech, Ohio State Board of Education member Meryl Johnson spoke words of advice and encouraged students fighting for justice at every turn of life.

"Dr. Martin Luther King said true peace is not merely the absence of tension," she said. "It is the presence of justice."

You can watch the ceremony in the player below: