Cleveland celebrates 225th birthday in Public Square: The history of how the city got its start 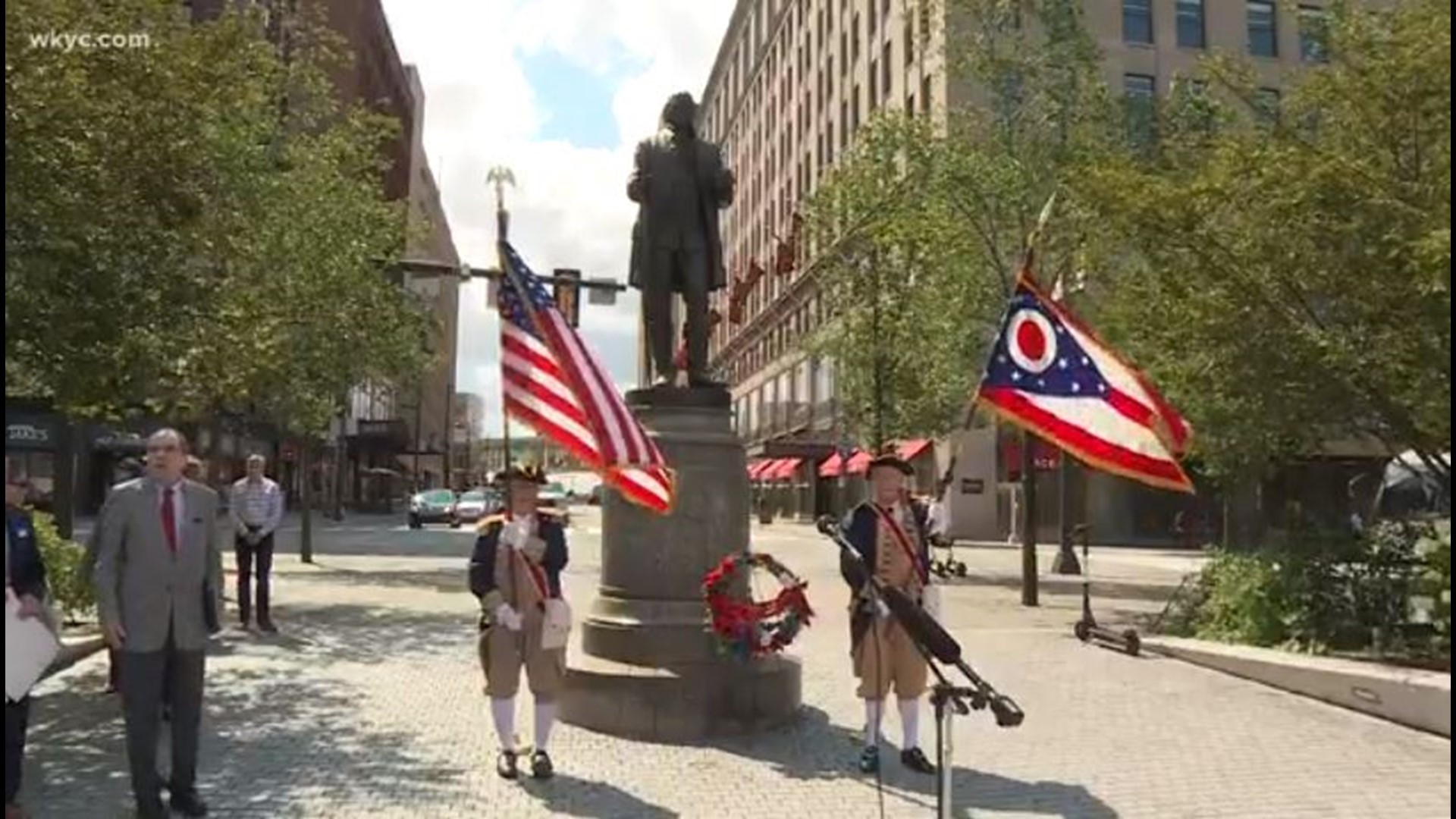 To honor the occasion, a celebration and wreath-laying ceremony was held at 11 a.m. in front of the Moses Cleaveland statue in Public Square hosted by the Early Settlers Association of the Western Reserve.

“He’d be proud of the city that we built in his honor," City Council President and mayoral candidate Kevin Kelley said of Moses Cleaveland during the event.

Kelley added that Cleveland has become a leader through the years.

“All along the way, Cleveland has led in arts, architecture, music and culture," Kelley said. "Cleveland has become a great city.”

We streamed the birthday "celebration" live, which you can watch in the player below:

So how did Cleveland get its start? Here’s a summary from Cleveland City Council:

The founding of Cleveland is quite a story. Arriving at the mouth of the Cuyahoga on July 22, 1796, General Moses Cleaveland believed that the location “where river, lake, low banks, dense forests and high bluffs provided both protection and shipping access, was the ideal location for the ‘capital city’ of the Connecticut Western Reserve.”

Cleaveland had served in the Revolutionary War in a Connecticut Continental Regiment. Resigning his commission in 1781, he practiced law. As one of the founders of the Connecticut Land Co., and one of 7 directors, Cleaveland was sent out in 1796 to survey and map the company's holdings.

His surveyors plotted a town, naming it Cleaveland. In Oct. 1796, Cleaveland and most of his party returned to Connecticut, never returning to the Western Reserve.

It would take 40 more years for the city of Cleveland (the letter "a" was dropped in 1831) to become incorporated on March 5th, 1836. It was an exciting year; it nearly erupted into open warfare with neighboring Ohio City over a bridge connecting the two communities.

Cleveland is celebrating its 225th birthday today! What's the most Cleveland thing you love about Cleveland?...