A parade was also held along Lakeside Avenue to Huntington Park. 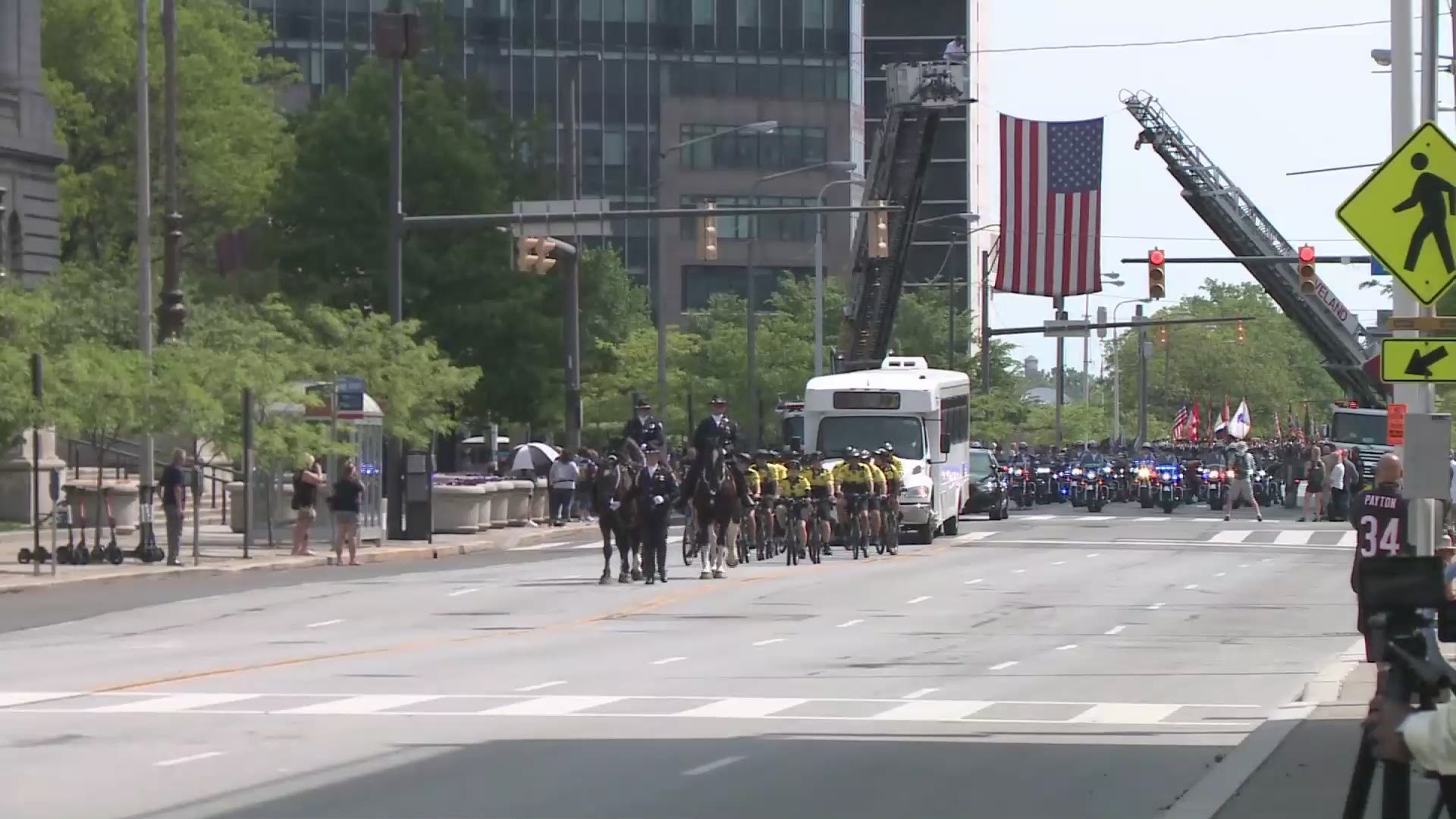 CLEVELAND — A memorial service was held Friday morning at the Police Memorial Square in Huntington Park. Among those honored include fallen Cleveland Police Detective James Skernivitz, who was killed in the line of duty last September.

“He was a caring person by his very nature, and he had the ability to make everybody laugh," Cleveland Police Chief Calvin Williams said.

3News' Monica Robins sang the national anthem at the start of the service.

Prior to the memorial service, police officers also came together Friday morning to march in the Cleveland Police Memorial Parade, which was held to honor those who lost their lives in the line of duty. The parade began at 10:30 a.m. at Lakeside Avenue and E. 12th Street with a route that continued along Lakeside Avenue and ended at the Greater Cleveland Peace Officers Memorial.

Parade participants included officers from local, county, state and federal agencies throughout the United States and Canada. Surviving family members of officers “who made the supreme sacrifice” participated in the parade, according to the Greater Cleveland Peace Officers Memorial Society.

Editor's note: Video in the player above was originally published in an unrelated story on May 20, 2021.